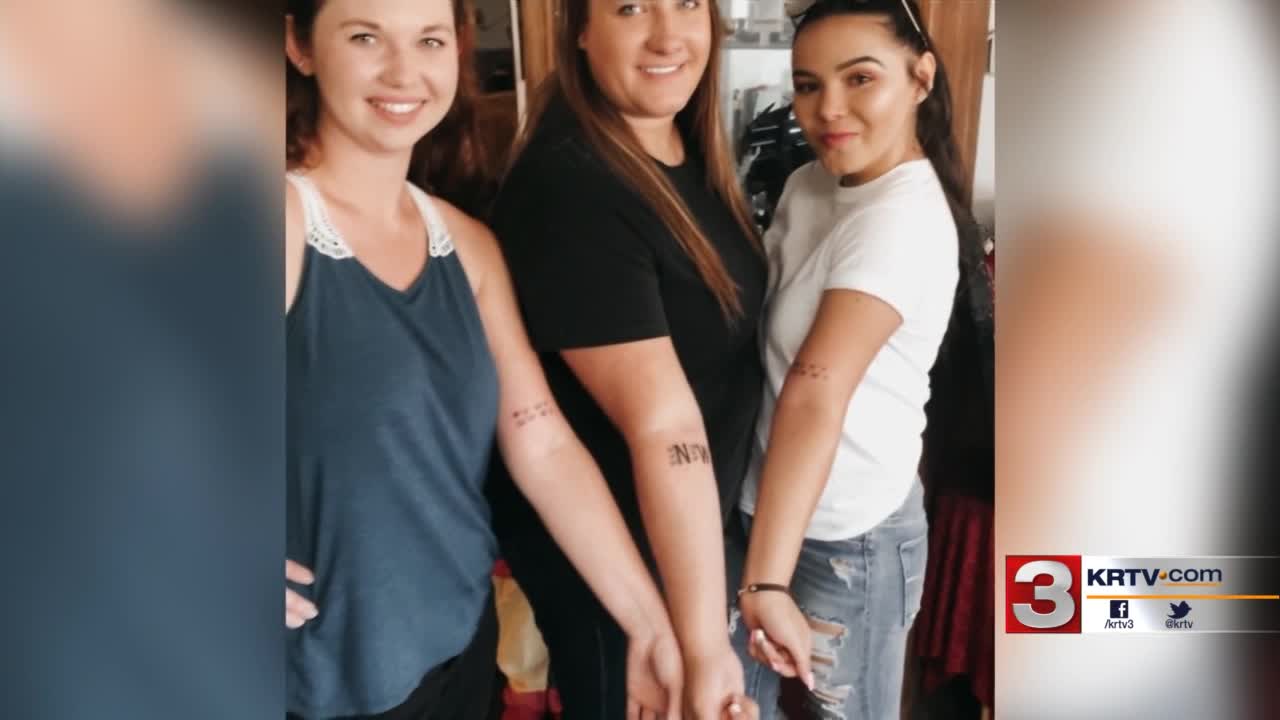 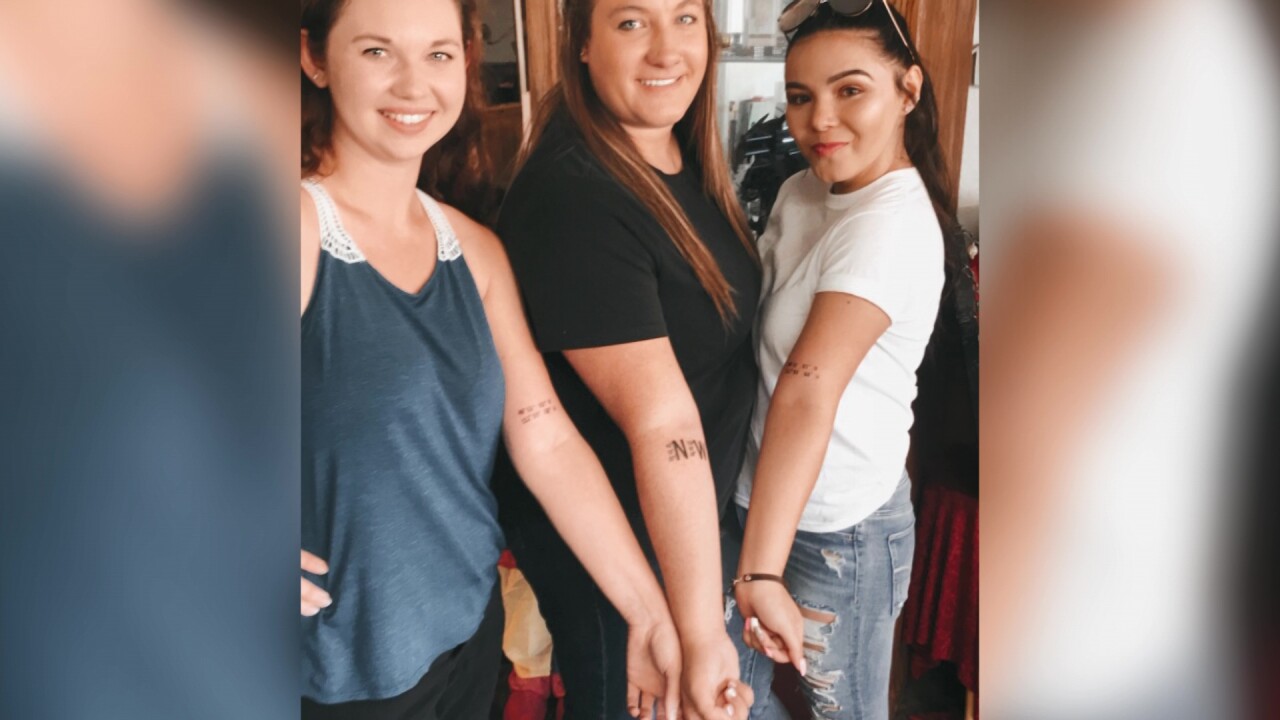 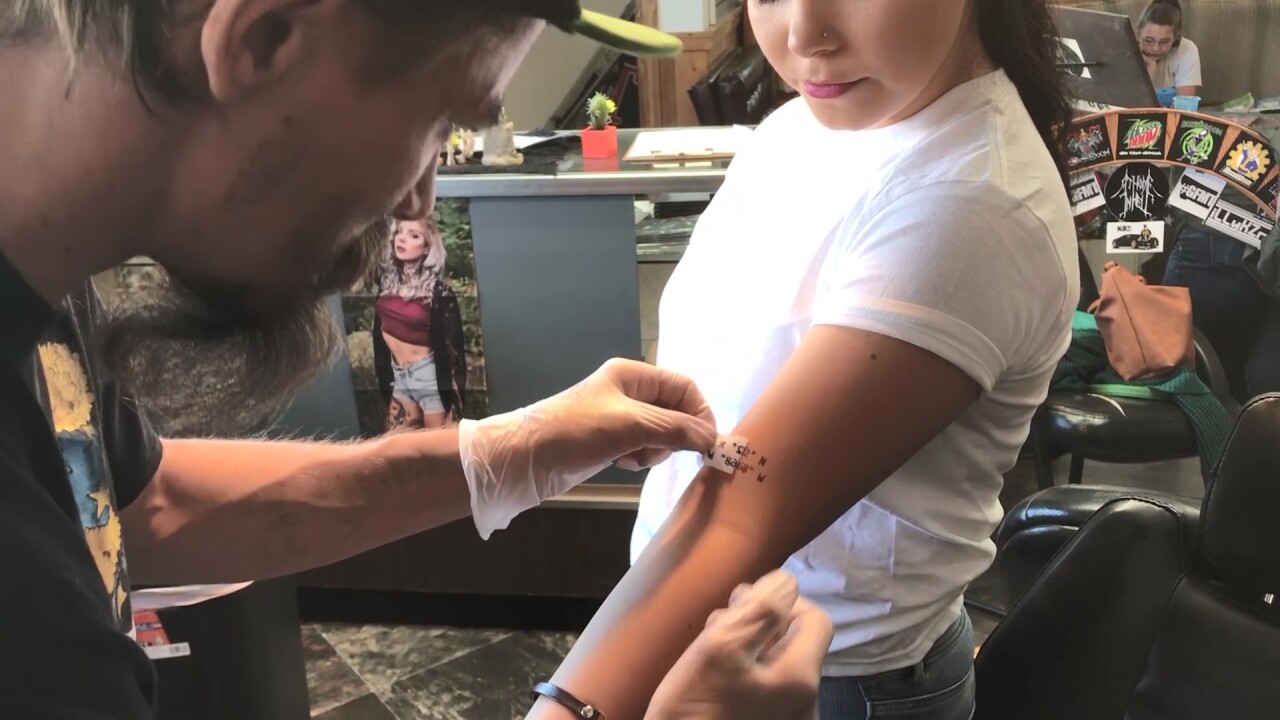 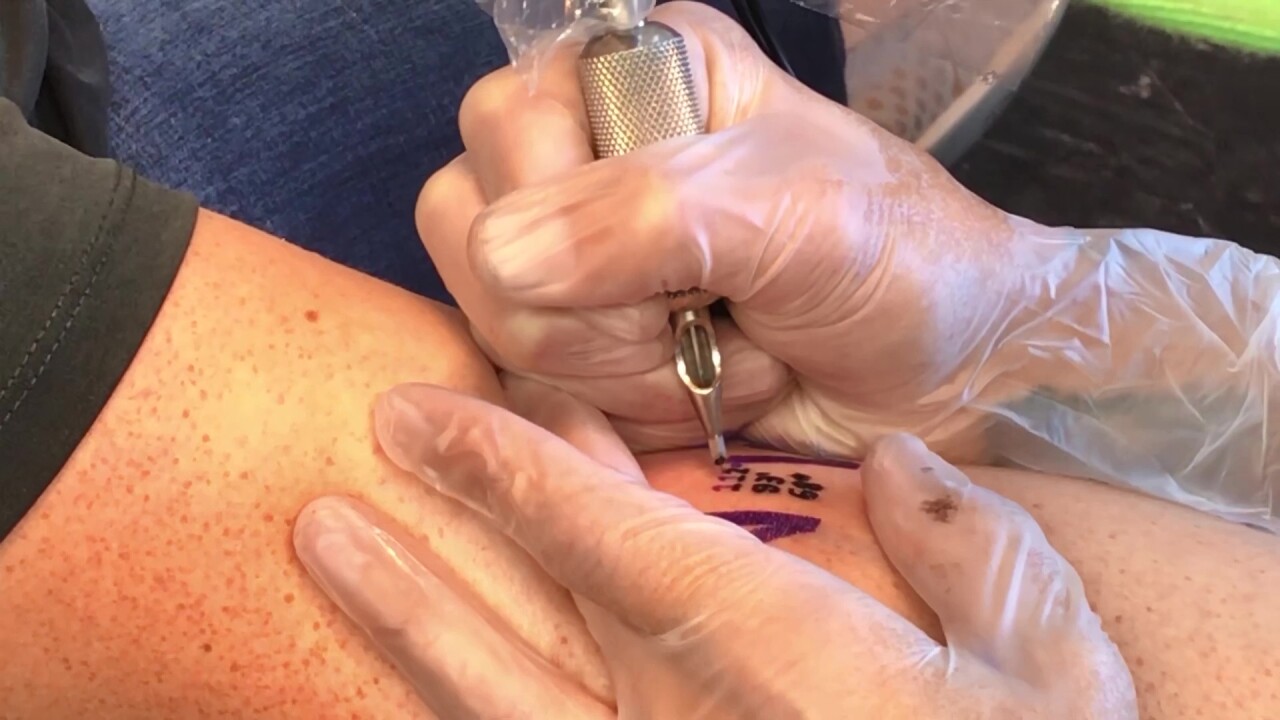 GOLD CREEK — According to the Arthritis Foundation nearly 300,000 kids across the country live with juvenile arthritis.

Three longtime friends are working to raise awareness by bringing back the joy of summer camp to kids who live their lives in pain.

They're making their mark to do so - they’re not just getting tattoos, they're building on a bond created almost two decades ago.

"We decided on getting a tattoo of the camp coordinates on our arms," said Caitlin Walsh.

The camp is called Camp Limber Limbs, located near Gold Creek at what is better known as Camp Make-A-Dream. Up until last year, the camp served as a September haven for children with arthritis and other rheumatic diseases that rob kids of a normal childhood. "There were times when I was bedridden, and I couldn't even go outside and play basketball with my friends like I wanted to," said Amanda Lott.

"There's not a lot of people who can know what it feels like to go through arthritis and have treatments, to have prednisone, methotrexate, chemotherapy, and this amazing group of people all could understand and relate in some way because they all went through treatments at different points in their lives," said Caitlin.

The camp was closed last year due to a lack of funding from the Arthritis Foundation. That's when Amanda Lott and her longtime camp-mates decided to make it their mission to bring it back.

"I made lifelong friends and we're all one big happy family and I would love those kids to have that and just have the support of knowing they're not alone," said Amanda.

"You can connect with these people,” said Allison Kervi. “They all know how you're feeling, that you're stiff in the morning, sometimes you can't get up and do what you want to do. You just can't connect with everyone."

Caitlin Walsh is taking her first-hand struggle with arthritis a step further, pursuing a career in Occupational Therapy.

"Occupational Therapy can help kids with arthritis and people with all kinds of difficulties in their life to kind of adapt to the life they've been given," said Caitlin.

Their new ink serves as a reminder of the pain they've endured and their friendships they've forged.

"They've been my best friends since we've started this camp and we're going on 20 years of knowing each other so I wouldn't want to do it with anyone else," said Allison.

They've started a Go Fund Me campaign where people can donate to help; click here if you would like to donate .

The GoFundMe page states: "Camp Limber Limbs is a camp for kids with Rheumatoid Arthritis and other Rheumatic diseases. It takes place at the Camp-Mak-a-Dream campground in Gold Creek, Montana every year in September."