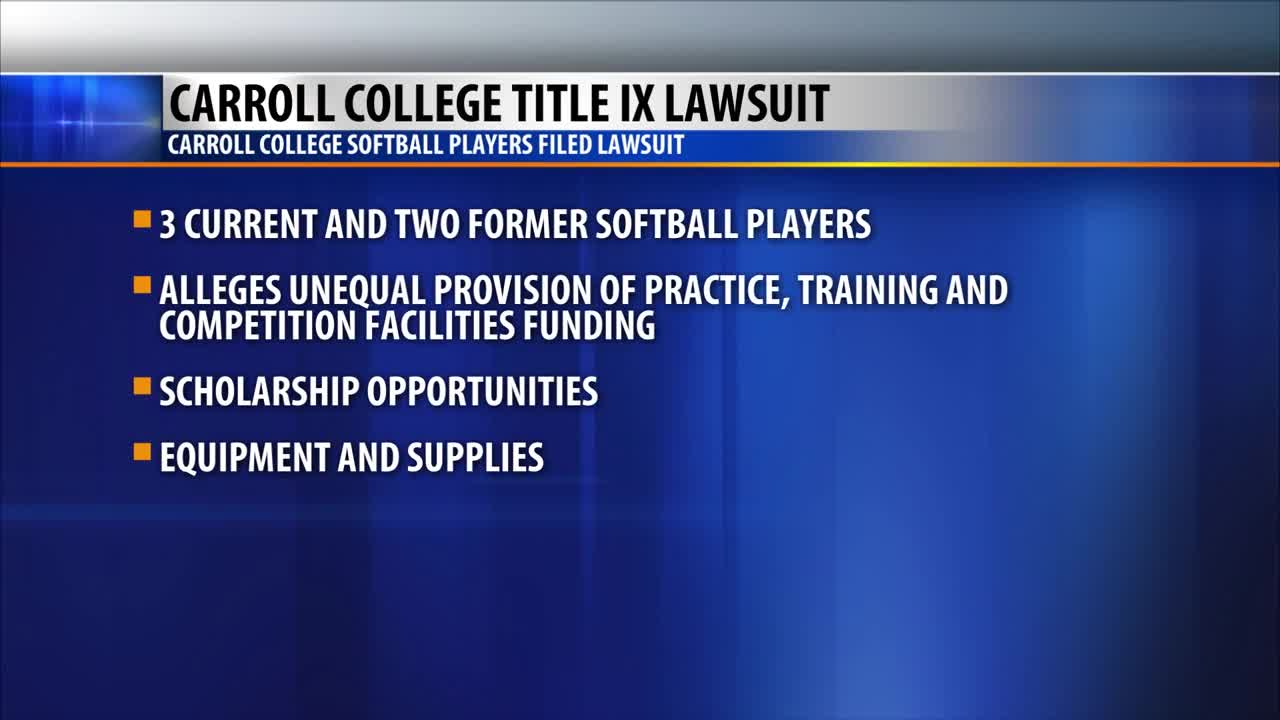 The five plaintiffs identified themselves as players, but withheld their names out concern of retribution, according to the suit.

In regards to the facilities, the plaintiffs argue that, outside of the golf program, every men's athletic program has its own designated practice and competition facilities that do not have to be shared with the general public. The softball team, on the other hand, practices and plays on a field managed by the city of Helena, which does not allow players to practice outside of set practice times, and is often left in disrepair throughout the softball season.

The suit also alleges, "the inequitable distribution of the athletic budget, lack of scholarships, and prohibition against female sport specific booster clubs limits the ability of female sports to recruit athletes."

A representative from Carroll said the college did not want to comment Friday because officials have not had a chance to review the lawsuit.

Dylan McFarland, the attorney representing the five plaintiffs, said in a phone call to Montana Sports that he and his client look forward to a response from Carroll.