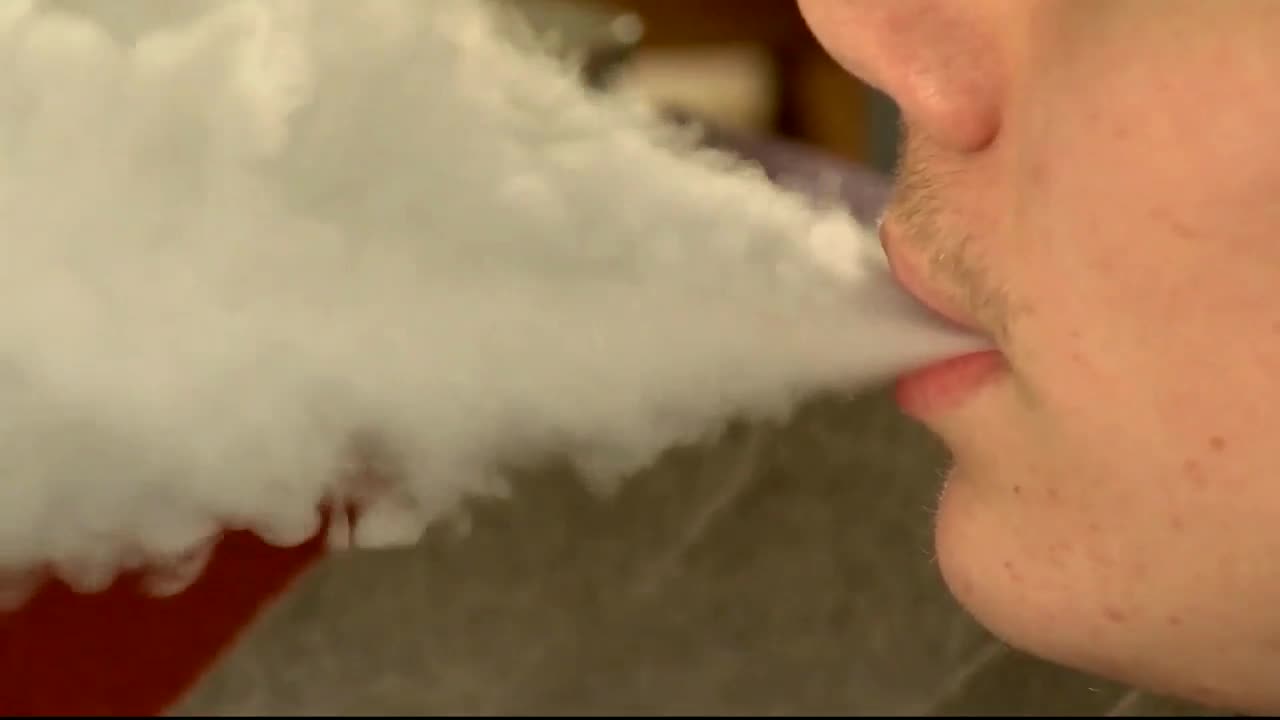 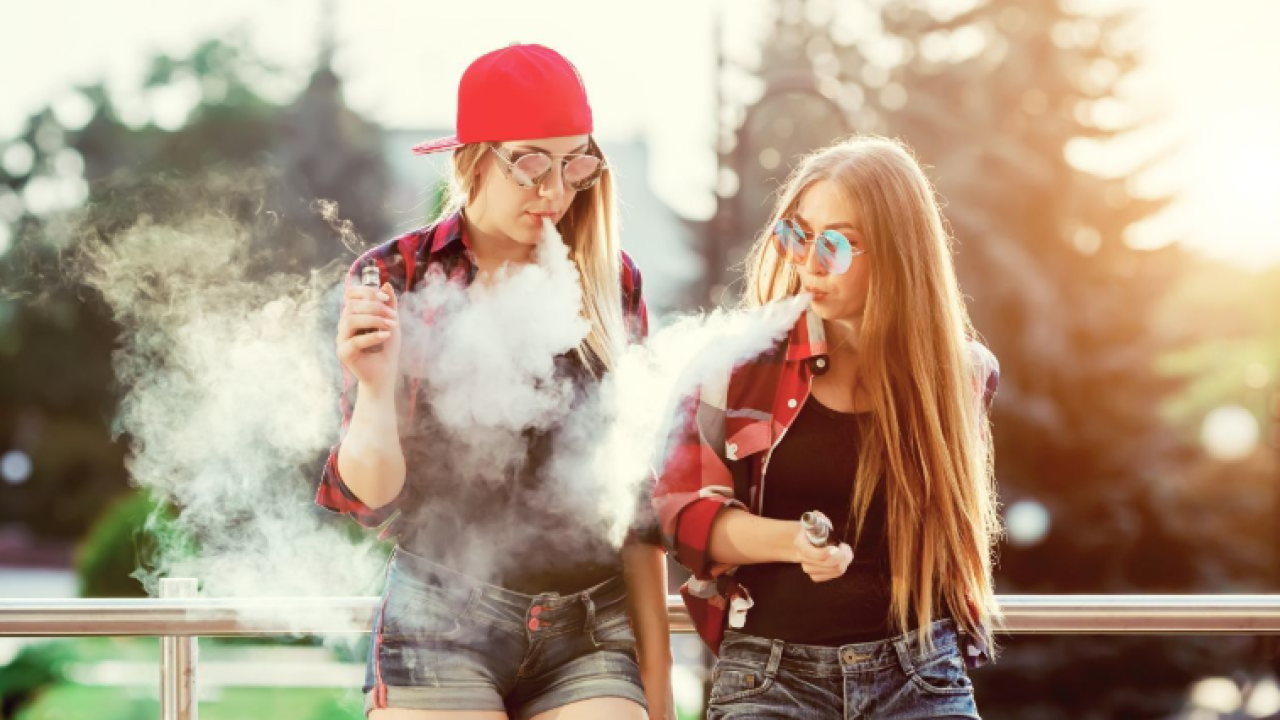 Montana health officials said Wednesday they have identified the state's first death associated with e-cigarette use, or vaping.

The case involves a person in their late teens with a history of vaping, according to a press release issued by the Department of Health and hman Services.

State and local health officials have been investigating and officially identified the cause of death on Oct. 15. The press release states no further information about the person is being released "due to confidentiality."

Gov. Steve Bullock, who recently announced a temporary ban on flavored e-cigarettes - issued a statement about the teen's death.

"My heartfelt sympathies go out to the family who has lost a loved one way too soon," he said. "This tragedy truly hits home. I urge Montanans to take the recommendations being issued by public health officials very seriously until more is known about this health crisis."

Three cases of lung related illness were previously identified in the state, including one case in Yellowstone County and two in Gallatin County.

DPHHS continues to work closely with the Centers for Disease Control and Prevention (CDC), U.S. Food and Drug Administration (FDA), and local public health as this ongoing national investigation continues.

In Montana, there have been three identified cases of vaping-associated pulmonary illness, including one death. DPHHS is currently reviewing additional cases as part of the national investigation. CDC on October 10, 2019 reported 1,299 lung injury cases associated with the use of e-cigarette, or vaping, products from 49 states, the District of Columbia, and one U.S. territory. The CDC also reported 26 deaths in 21 states last week. These numbers will be updated again on Thursday.

In addition, last week Governor Bullock directed DPHHS to enact emergency rules to temporarily ban flavored e-cigarette products. The rules will be effective on October 22. Fruit and candy-flavored products are marketed to youth in epidemic proportions and the ban seeks to keep the addictive products out of kids’ hands as the CDC continues to investigate the cause of the national outbreak of vaping associated pulmonary illness. Reported cases have included the use of nicotine and THC products.

DPHHS State Medical Officer Dr. Greg Holzman said much is still unknown about what is causing these vaping-associated illnesses and deaths. DPHHS continues to reiterate the same message. “During this time, we highly recommend that people refrain from any vaping products,” Holzman said.

The CDC and FDA have not identified the cause or causes of the lung injuries in these cases, and the only commonality among all cases is that patients report the use of e-cigarette, or vaping, products. This outbreak might have more than one cause, and many different substances and product sources are still under investigation. The specific chemical exposure(s) causing lung injuries associated with e-cigarette product use, or vaping, remains unknown at this time.

DPHHS State Epidemiologist Laura Williamson thanks all those who are cooperating with the investigations that are occurring around the state. Specifically, she said it’s crucial that those who have been identified as having symptoms to save any leftover product so it can be tested. “The assistance of the public is so important as we work to understand what is happening in order to prevent future illnesses,” Williamson said.

As part of this information-collecting effort, DPHHS will add vaping associated pulmonary illness to the list of reportable diseases and conditions to aid in the epidemiological investigation of the outbreak.

Those involved in the outbreak report symptoms such as coughing, shortness of breath, chest pain, and fatigue. Nausea, vomiting, and diarrhea are also common. Symptoms worsen over a period of days or weeks and do not appear to be caused by a pulmonary infection. Anyone who vapes and is experiencing respiratory issues should promptly consult their provider. Healthcare providers treating patients with respiratory illness with no apparent infectious cause and who have a history of e-cigarette use are asked to notify their local health department [lnks.gd].

Regardless of the ongoing investigation, health officials state that e-cigarette products should never be used by youth, young adults, pregnant women, or adults who do not currently use tobacco products.

Holzman said almost all e-cigarettes contain nicotine, which is very addictive. There are many services that are available to help Montanans quit. He urges Montanans to talk to their healthcare provider about help that is available.

For all Montanans, there is the Montana Tobacco Quit Line. This service is for all types of tobacco, including smokeless, cigarettes, and e-cigarettes. The benefits include free Nicotine Replacement Therapy (NPT), reduced-cost prescription medication, free quit coaching, and a free personalized quit plan.

The My Life, My Quit Youth program is for ages 12-17 who want to quit all forms of tobacco, including vaping. The program provides free coaching through text, chat or phone; confidential enrollment and coaching; coaches specially trained to work with teens and youth; and on-line enrollment and coaching (mylifemyquit.com [lnks.gd]). Text ‘Start My Quit’ to 1-855-891-9989 or call.

More information is available on the DPHHS website at dphhs.mt.gov [lnks.gd].