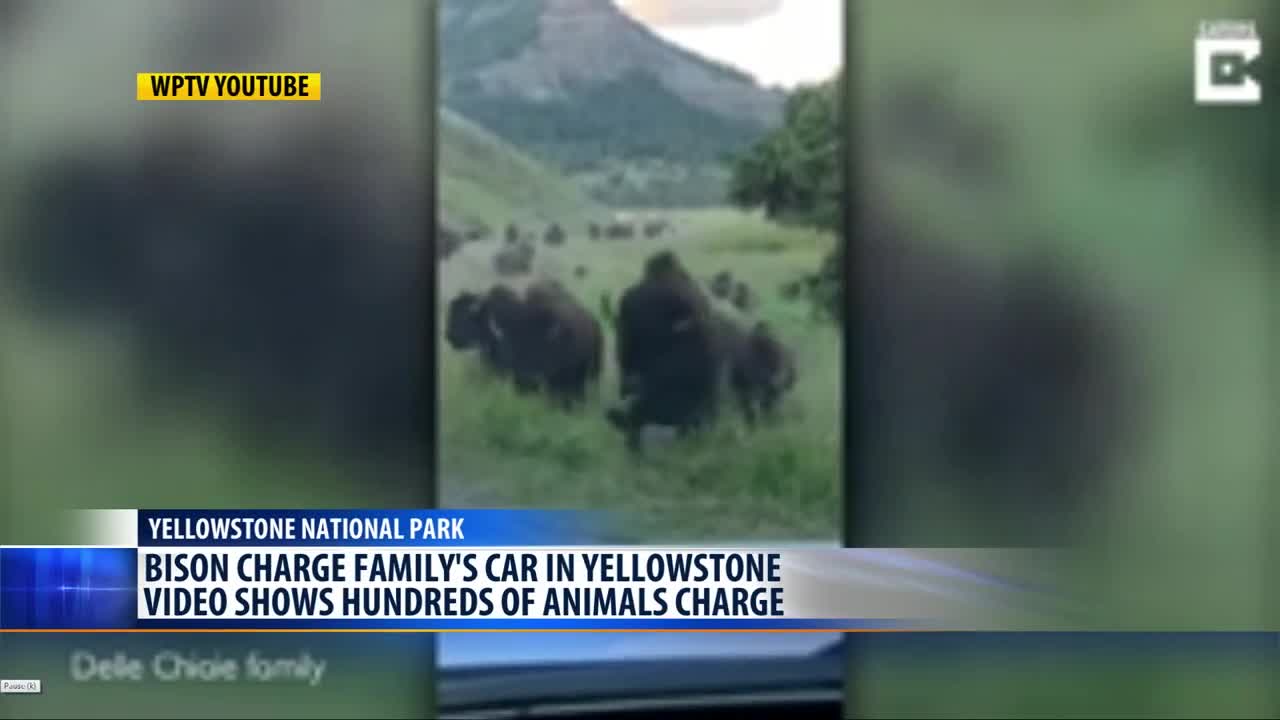 A family on vacation at Yellowstone National Park was caught in the middle of a massive bison stampede that damaged their rental car.

Video shows more than a hundred of the animals, of all sizes and ages, charge vehicles that are stopped on the road.

One bison hit the Delle Chiaie family’s car, smashing the front windshield of the vehicle.

“I can’t believe we didn’t take the insurance,” said one man on the video. “The whole hood is crushed.”

Watch the video of the bison stampede below:

This isn’t the first time a family on vacation has had an encounter with a bison at Yellowstone this summer.

In July, a young Florida girl was injured after she was tossed into the air by a bison.

Bison are the largest mammal in North America. Males can weigh up to 2,000 pounds and stand 6 feet tall, according to the Department of Interior.

Also, a good tip if you encounter a bison during your next trip to Yellowstone: you can judge a bison’s mood by its tail. When it hangs down and switches naturally, the bison is usually calm. If the tail is standing straight up , it may be ready to charge.