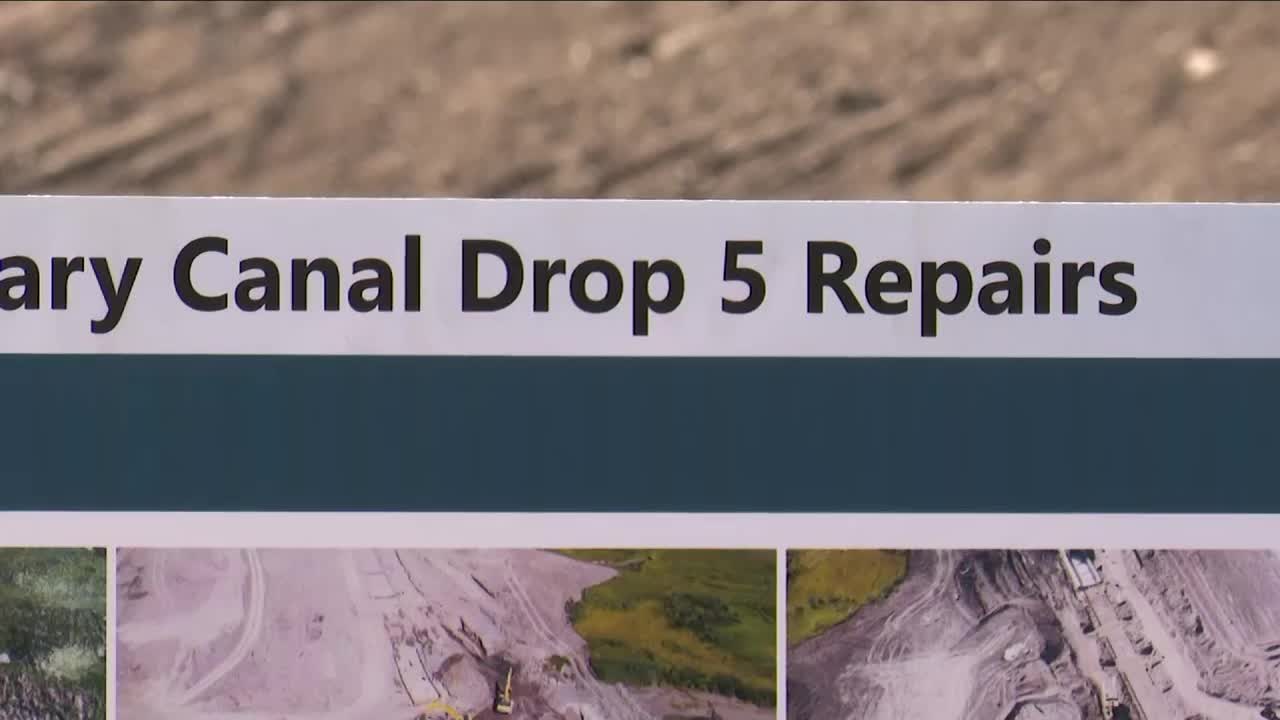 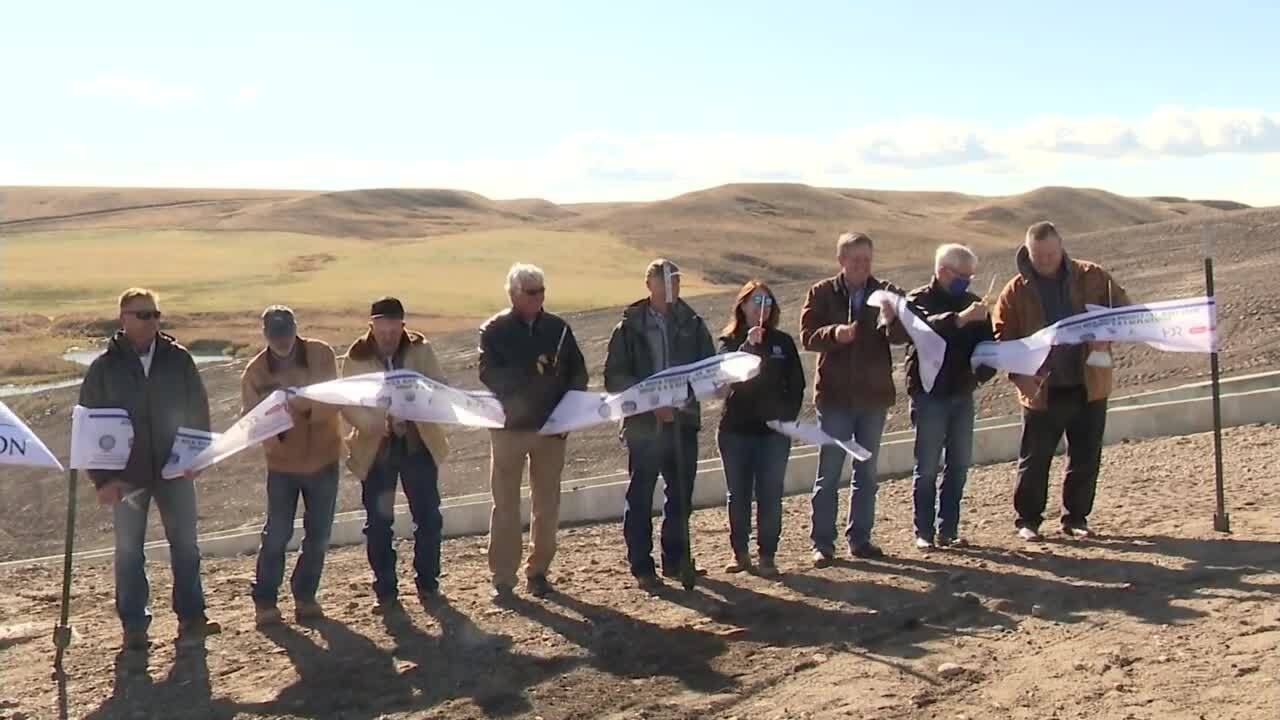 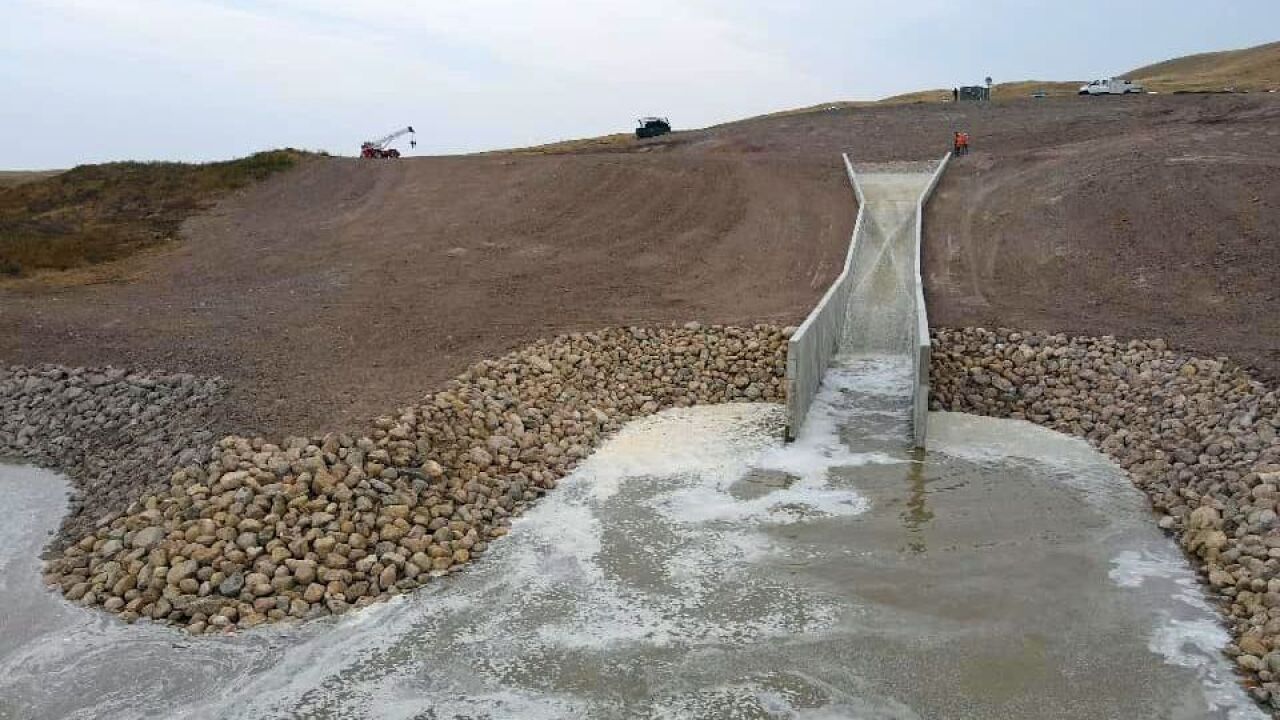 "This is a huge celebration for everyone,” said Jennifer Patrick, the Milk River Joint Board of Control program manager.

The project, which cost about $8 million, rebuilt the fifth drop in a canal that carries water from the St. Mary River into the Milk River. The drop collapsed in May, leaving the more than 100,000 people who rely on the river for water without a sustainable source of water."We have storage facilities. Milk River Alberta had enough storage to get them to where they're at right now. We have Fresno Reservoir for Havre, Chinook, Harlem and the Fort Belknap Agency. But everything else, all the stock water and everything this canal supports, and the land owners and the ranchers up here, they were completely without water for the season,” Patrick explained.

She explained, “It's huge because all of the commodities coming out of this Milk River basin also depend on it. It goes down to Nashua. So, we're running this 700-mile stretch of river for all of these different entities, the fish, wildlife, everything. When you talk about the Hi-Line, this is the lifeline of the Hi-Line.”

Blackfeet Tribe Water Department Director Jerry Lunak said the completion of the project brings new opportunities for the reservation along with the water. "We have 5,000 acre-feet of water within this project we can use for future marketing," said Lunak.

U.S. Rep. Greg Gianforte, U.S. Sens. Steve Daines and Jon Tester, and Montana Lt. Gov. Mike Cooney were all at the celebration and say perhaps just as important as the life the project brings is the message it sends.

"This is a prime example of folks working together,” said Tester.

"Back in Washington, I've been saying the St. Mary Project is the number one infrastructure project that needed repair in the state of Montana,” Gianforte said.

"I have to say, the people in this part of the country just really stepped up,” said Cooney.