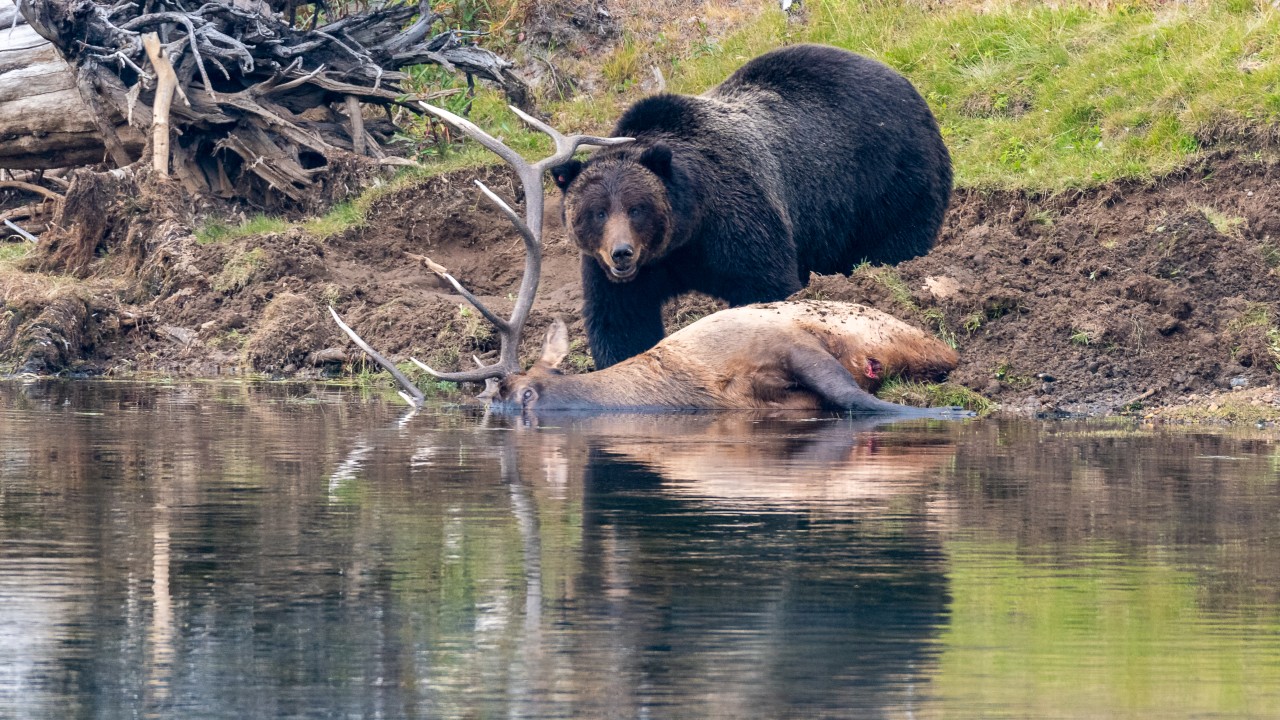 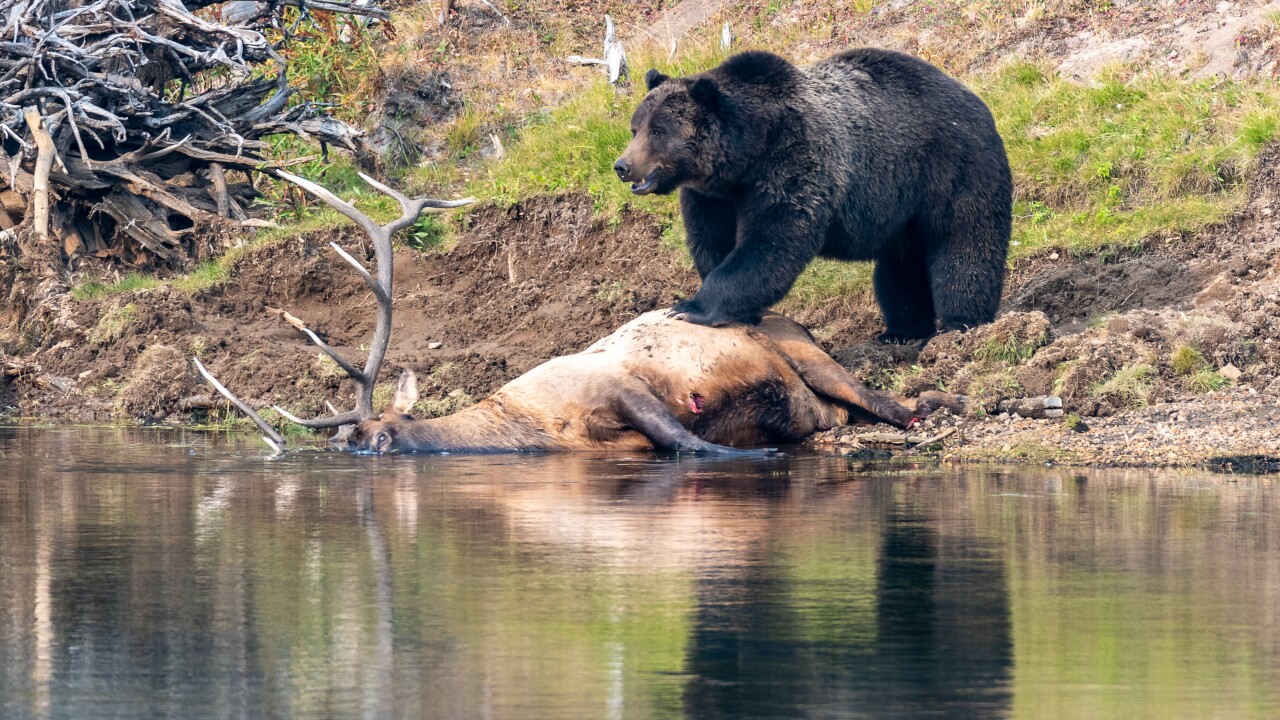 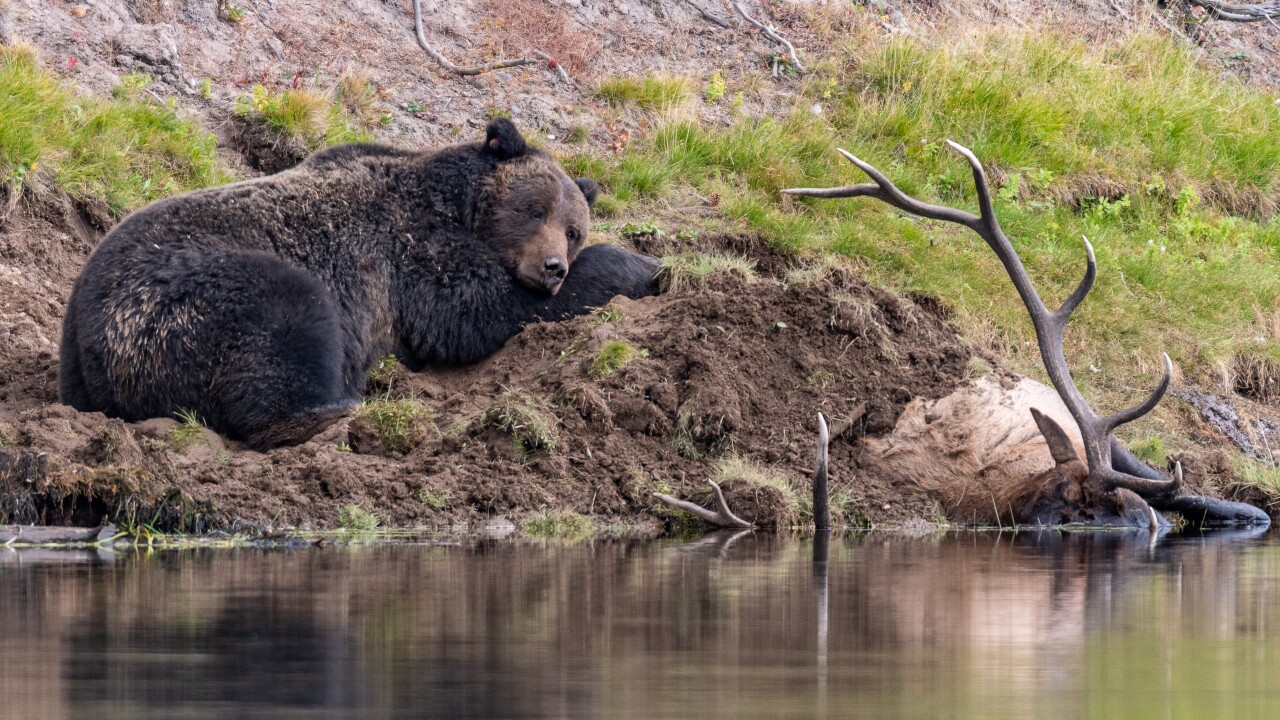 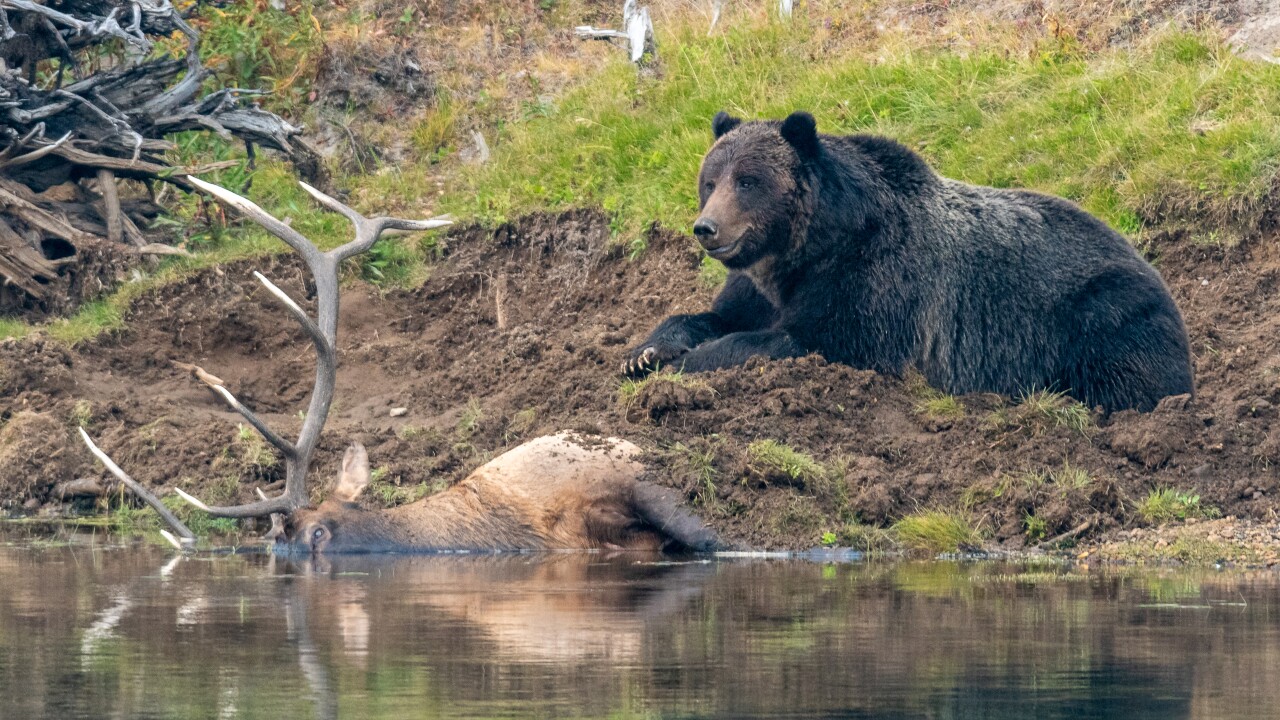 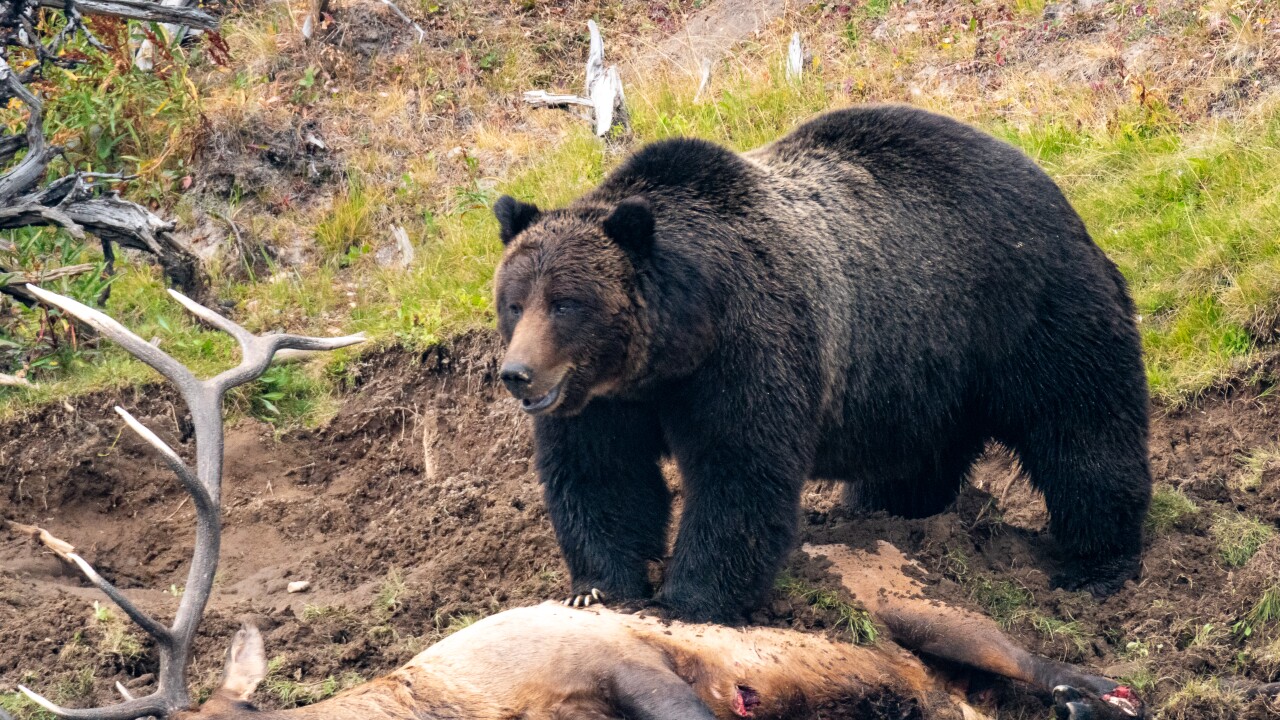 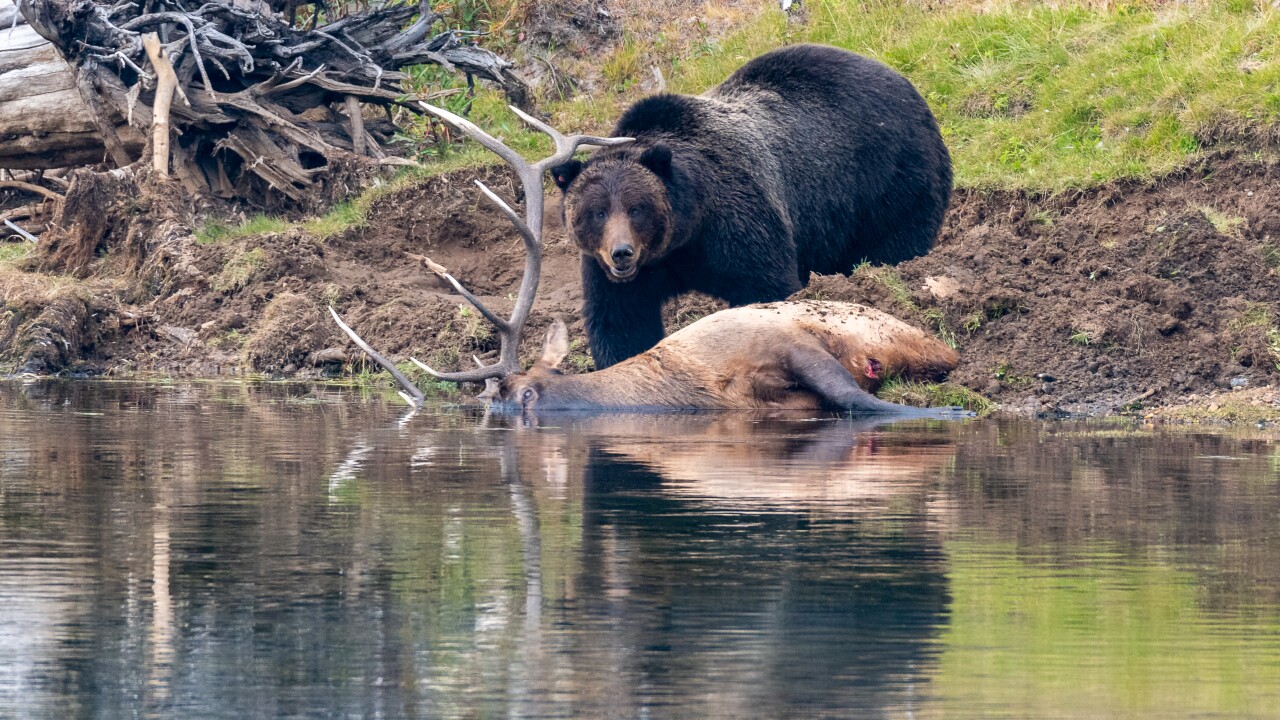 There are always spectacular sites to see in Yellowstone National Park, but one is really capturing a lot of attention over the past week.

A grizzly bear has been enjoying a long picnic after drowning a huge bull elk and pulling it to the side of the Yellowstone River.

It’s also been a feast for photographers.

For almost a week, the 600-700 pound grizzly known as #791 has been camped out on the bank of the Yellowstone River at the northern end of Hayden Valley, enjoying a slow meal and giving people a view of nature that is usually reserved for National Geographic.

“Oh yeah there are people there from first light to last light,” said Braeden Roesler, a photographer who captured several stunning shots of the bear and elk.

Roesler is one of the many photographers who have been staging across the river. He captured the pictures and video from about 150 yards away.

“It’s a real treat for photographers and tourists alike to have one this close to the road and one that has happened this long. Usually they only last a day or two and a lot of stuff happens at night when nobody can see," he said.

It may be a one-course meal, but #791 is taking his sweet time devouring it, never journeying far away from his prized prey. He's also had to fend off a few challengers in the process.

Another photographer, Seth Royal Kroft, captured a photo of a wolf bravely facing off with the bear.

The bear, as you might expect, held his own and continues to sit guard and sit pretty for pictures.

“It’s very rare, so it’s been an amazing opportunity for everyone,” says Roesler.

The bear still has quite a bit of his meal remaining it seems, but it seems he has left the scene and has been replaced by another bear, according to observers.

This story also serves as a reminder that it is risky to approach a carcass in the wild because bears may be nearby.