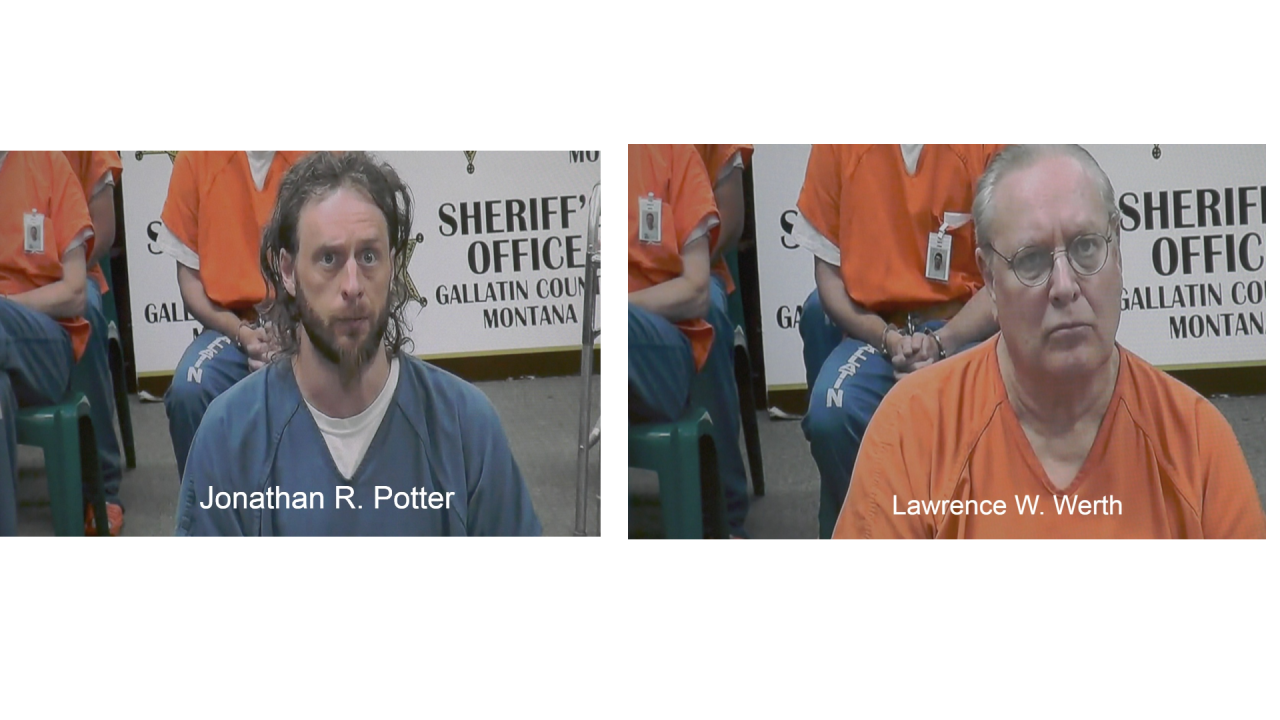 A pair of Bozeman men are each facing $10,000 bail after police officers discovered a marijuana grow operation after serving an arrest warrant on Saturday evening.

According to charging documents, on Saturday at approximately 6:44 p.m., two Bozeman police officers arrived at a Tamarack Street address to serve an arrest warrant on a man. When they arrived at the residence, Potter told the officers that the man no longer lived there, but officers were informed that Potter also had an arrest warrant issued for himself.

When officers told him he was under arrest, Potter reportedly asked if he could give his dog to his downstairs neighbor to care for while he was taken to jail.

Officers followed Potter to the north side of the residence to a rear entry down a small flight of stairs. When Potter opened the door, officers saw “a large amount” of marijuana plants in plain view. Potter yelled out to a man he called “L-Dub” to watch his dog. Officers saw a plastic water trough and ventilation system inside the room, suggesting that “L-Dub” was cultivating marijuana.

The officer was able to identify “L-Dub” as Lawrence Werth. Upon investigation, it was discovered that neither Potter or Werth were active medical marijuana patients.

Officers were able to locate Werth in the apartment and observed two rooms with dozens of marijuana plants in various stages of growth. A large bag with what appeared to be more than a pound of raw marijuana was also found.

Werth allegedly told officers he used to be a caregiver, but it had been years since he had his caregiver license. He also reportedly told officers there was another yellow bag containing a large amount of marijuana in the living room area with a scale and baggies and a couple of thousand dollars of cash inside the apartment.

Werth was placed under arrest for criminal production/manufacture of dangerous drugs with intent to distribute.

While executing a search warrant, officers located in total:

Both Potter and Werth are expected to appear in court on July 10, 2020.