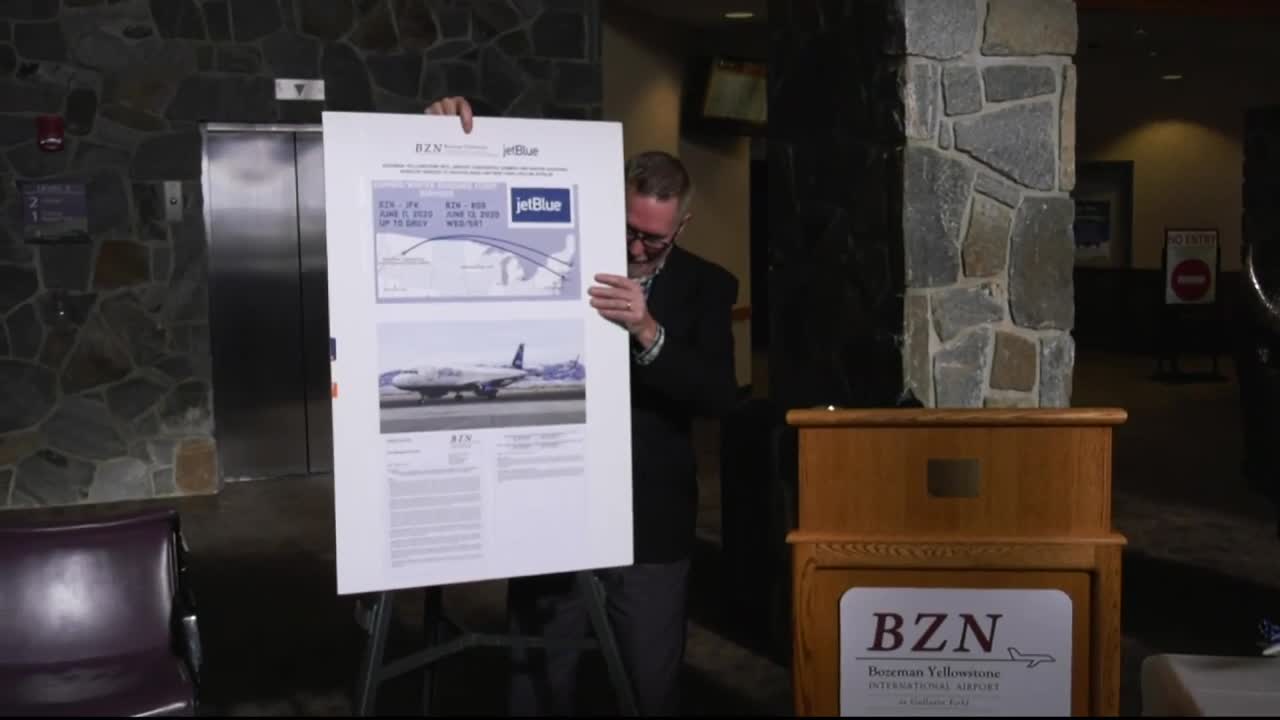 A new addition to the runway is soon to hit the Bozeman Yellowstone International Airport .

Not only that, according to the director, that increases their footprint across the entire nation.

“We’re really batting above our average, so to speak,” says Sprenger. “Anytime that we can establish service to one of our top destinations, it’s just a really big deal for an airport."

Sprenger says the airport will now be connected, nonstop, summer and winter, to New York’s JFK airport and Boston - two major hubs near the top of the airport’s goal list.

“To do two of those destinations simultaneously is extremely rare,” Sprenger says. “It’s not just bringing in people and tourists to our area. The largest individual group of people using our airport are people that live here and they’re leaving here and doing business or going places and that access allows them to be able to live in southwest Montana but have access to the world on a very relatively easy basis.”

The announcement comes after an already positive year.

To put it to perspective, the airport channeled 1.57 million passengers last year, an increase of about 17.3 percent from 2018, with increases seen over the three years before that.

With the addition of JetBlue, Sprenger says those passenger numbers will keep gaining altitude.

“We’re projecting our available seats to be more in the first nine months than all of 2019,” Sprenger says.

“The airports ahead of us, immediately ahead of us are Colorado Springs, Spokane and Boise and not one of those three airports has an airline service to the New York area or Boston,” Sprenger says.

And as Gallatin County grows in population, both Daryl Schliem from the Bozeman Chamber of Commerce and Frank Acito of the Yellowstone Club and the Air Transportation Committee say this is a flight in the right direction.

“We continue to say as this valley grows, if it wasn’t for the Airport Authority Board for giving the foresight to look at what kind of expansions, dollars that need to be invested to be able to make this happen, to make it attractive for new airlines to come here, it would not happen,” Schliem says.

“The community has all come together, both down here in the valley and up on the mountain, to make this happen,” Acito says.

All of these flights from JetBlue to Boston and New York begin in June.

Airport officials add it might be a few years before Boston would become a daily flight and it might be at least a year before the airport looks at expansions of this magnitude again.

“It’ll be a few years before Boston would become daily and that’s a lot, depending on the success,” Sprenger says. “If Boston develops like some of our other markets, it generally takes somewhere two to five years to really begin to get that to mature to the point where they can expand that but it’s all about the passenger.”