Bears find their way into all kinds of interesting places 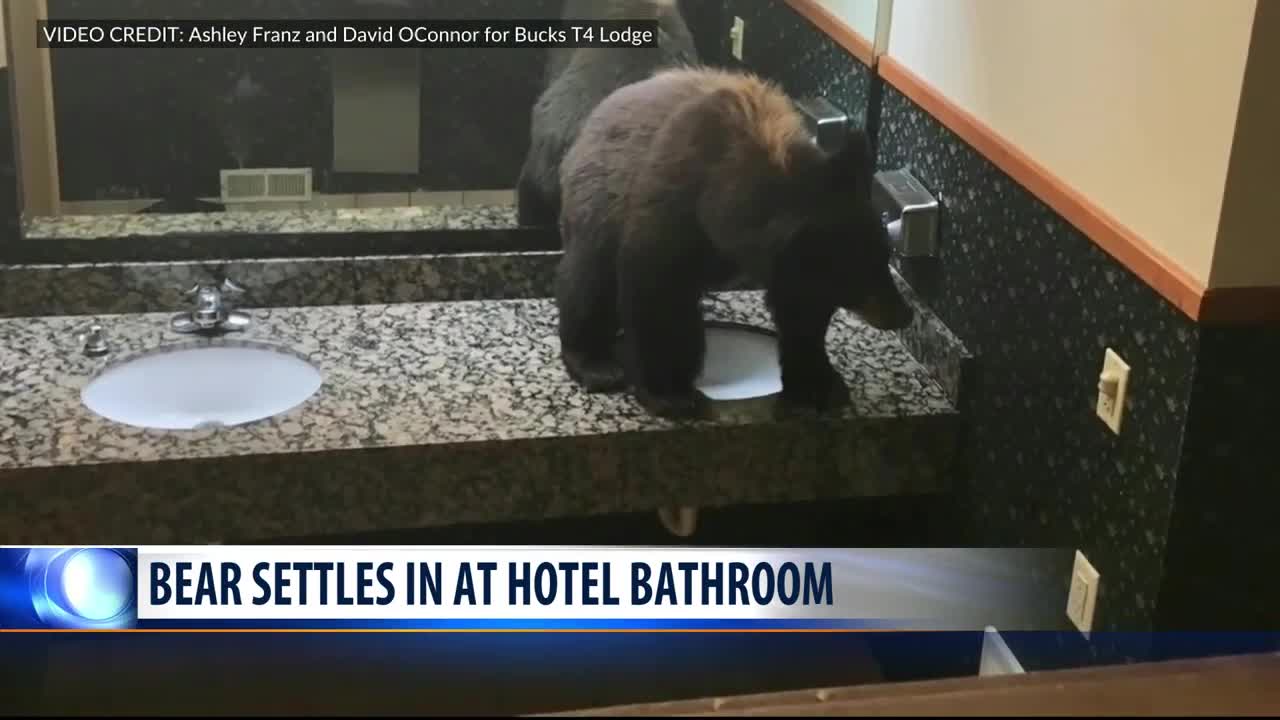 BIG SKY — Bears find their way into all kinds of interesting places, and over the weekend a young black bear proved it: he managed to climb through a window and settle in at a bathroom at a Big Sky hotel.

The crew at Buck's T-4 Lodge & Restaurant told people about the encounter on their Facebook page .

The bear attracted lots of attention from staff and guests, with many people recording video and taking photos as officials tried to coax the bear out.

The bear seemed very comfortable and showed no signs of leaving, so game wardens with Montana Fish, Wildlife, and Parks, along with Gallatin County sheriff's deputies, opted to tranquilize the bear and carry it safely outside. FWP said it planned to release the young bear in a more remote area.

The bear was not injured, and damage to the hotel is estimated at less than $500.