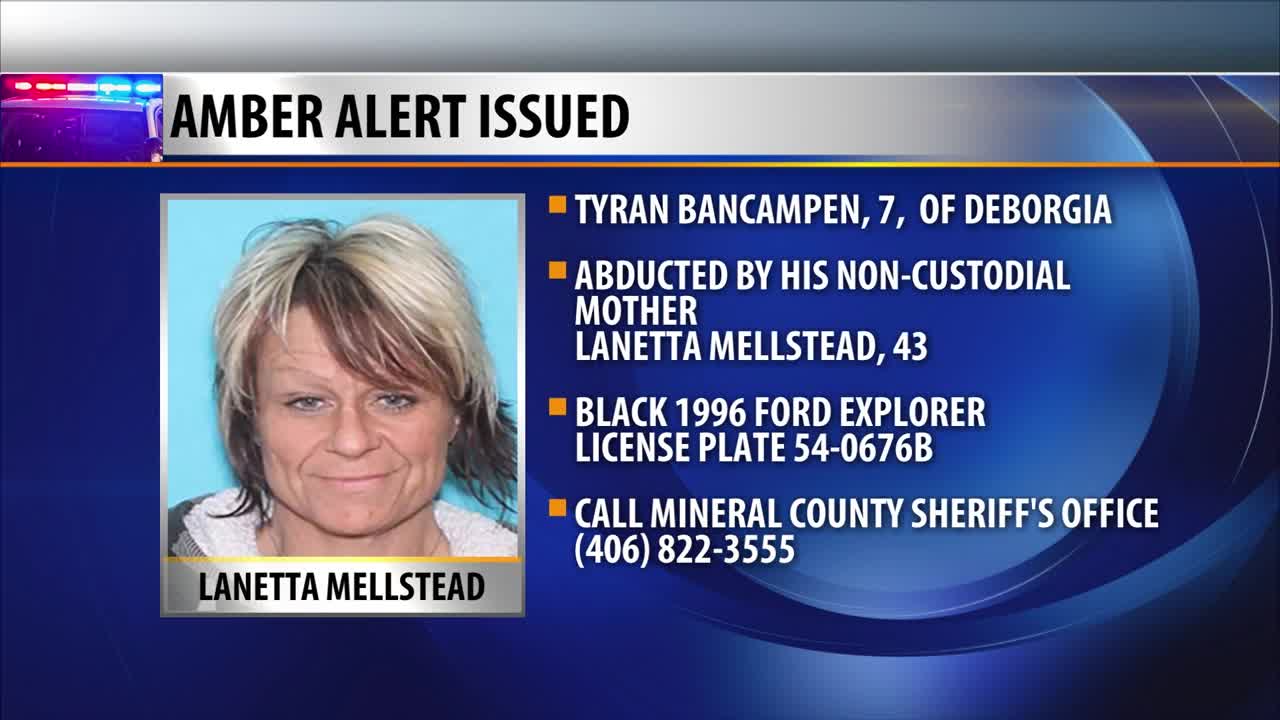 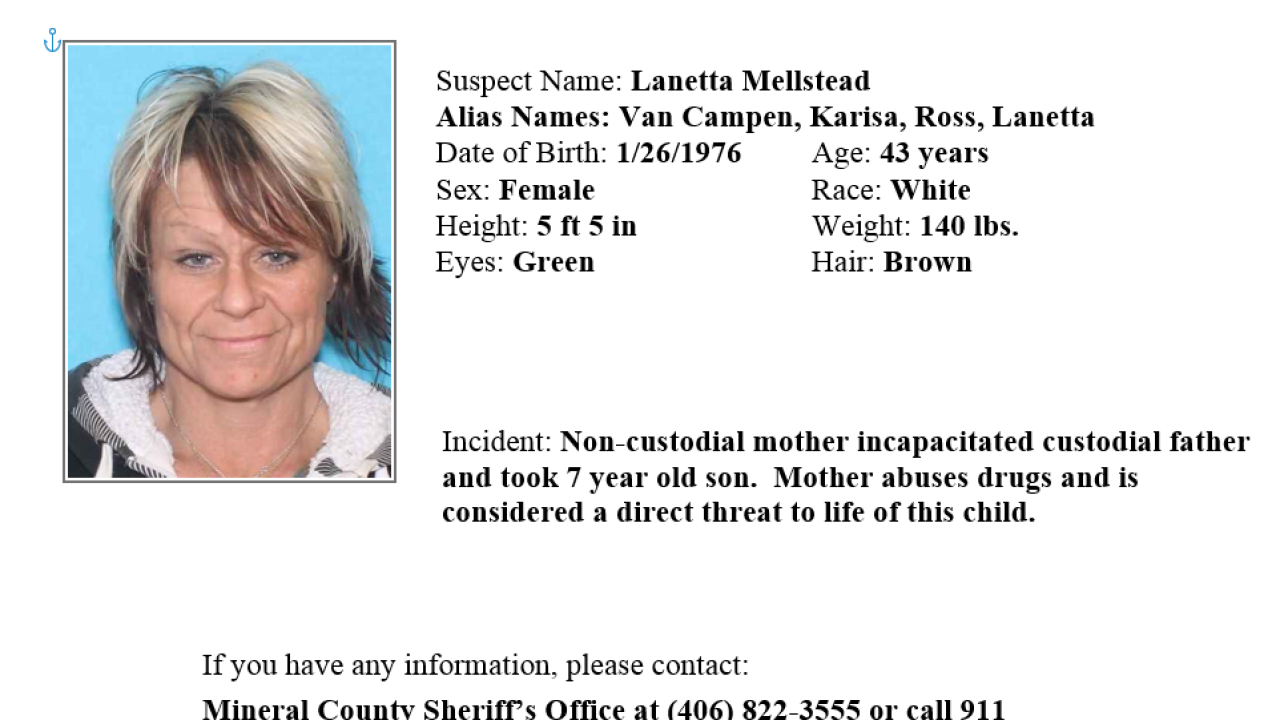 Update: The Amber Alert was canceled at about 9:40 a.m. Thursday. Authorities said the boy was located safely and the mother had been taken into custody. No other information was released.

An Amber Alert was issued early Thursday for a 7-year-old Montana boy authorities said was abducted by his mother.

"Lanetta incapacitated child's father and is considered a direct threat to life of child," the alert states.

Mellstead is described as a 43-year-old white female, 5-feet, 5-inches tall, 140 pounds with green eyes and brown hair. Authorities are looking for a 1996 black Ford Explorer with Montana license plate 54-0676B. The pair may be in Sanders, Missoula, Lake or Flathead counties in Montana or Shoshone, Bonner, Kootenai counties in Idaho.

The Amber Alert does not contain a photo or description of the boy.

The Idaho State Police issued a statement noting the Amber Alert is also in place for Kootenai, Shoshone, and Bonner counties.

ISP reports the child was taken from Deborgia and that a cell phone was last pinged in the Western Montana or Idaho area.

The pair are possibly traveling westbound, according to ISP.