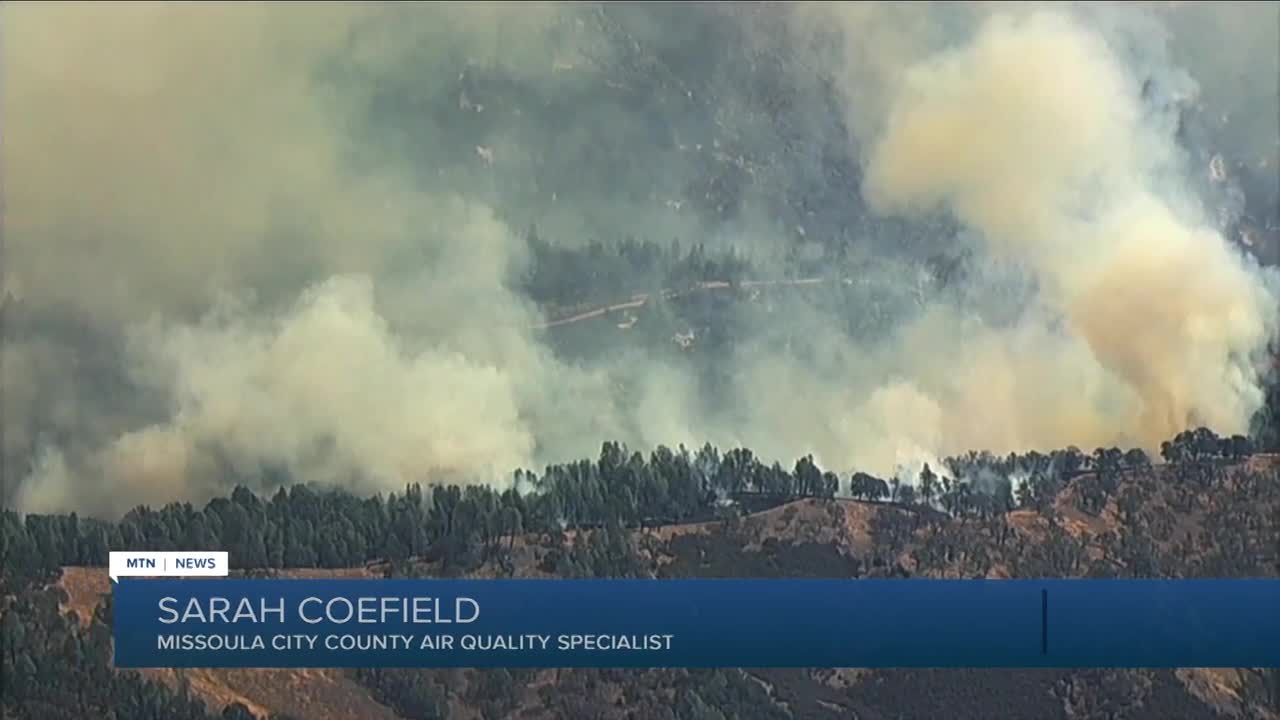 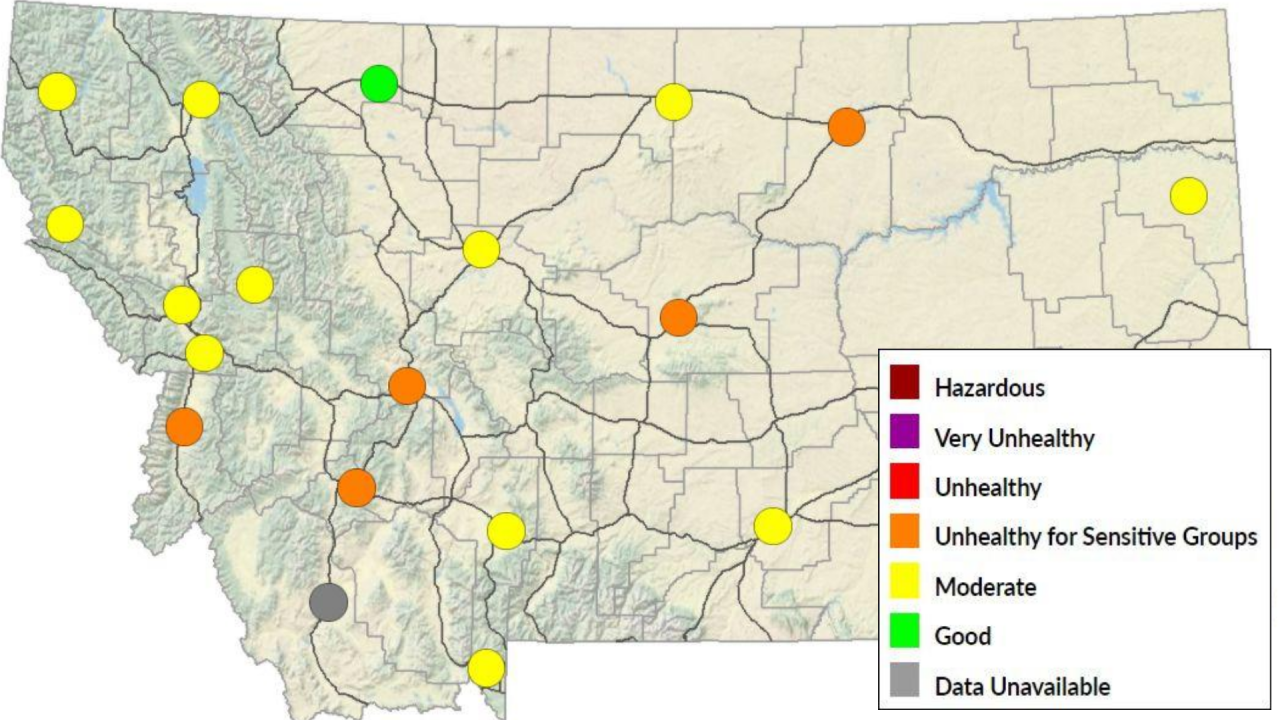 The Montana Department of Environmental Quality (DEQ) has issued an Air Quality Alert for several counties, primarily in southwestern and western Montana.

The decreased air quality is due primarily to wildfire smoke blowing into Montana from other states, including California.

“Our conditions in Missoula County are in the upper limits of moderate and occasionally tipping over to unhealthy for sensitive groups," explained Sarah Coefield, Missoula City-County air quality specialist.

The designation of “unhealthy for sensitive groups” impacts a larger segment of the population than many realize, according to Coefield: “It includes children, includes the elderly, it’s anyone with heart or lung disease, it’s people with diabetes, it’s people who are pregnant. It’s a pretty significant portion of our population.”

According to the DEQ, "Unhealthy for Sensitive Groups" means increasing likelihood of respiratory symptoms in sensitive individuals, aggravation of heart or lung disease and premature mortality in people with cardiopulmonary disease, older adults, and people of lower socio-economic status (SES). People with heart or lung disease, older adults, children, and people of lower SES should reduce prolonged or heavy exertion.

Air quality is becoming unhealthy for sensitive groups
Copyright 2020 Scripps Media, Inc. All rights reserved. This material may not be published, broadcast, rewritten, or redistributed.