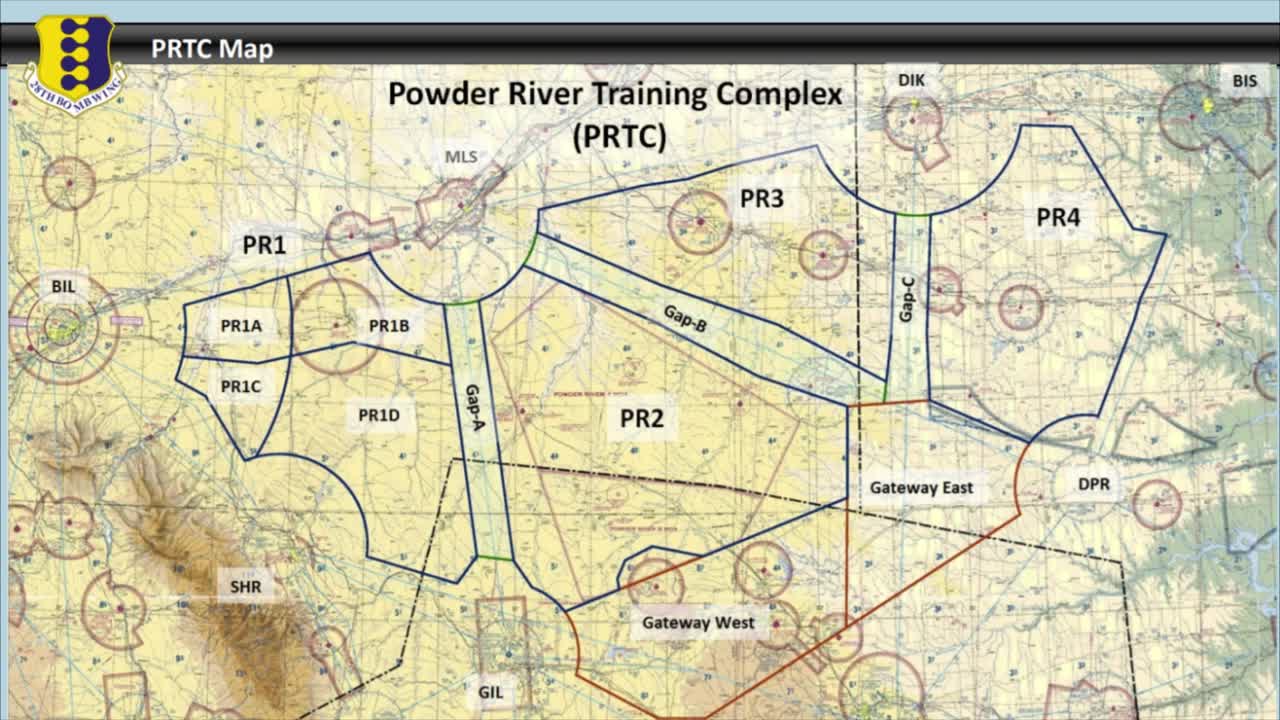 The exercise, called "Combat Raider," is set to begin Tuesday and is intended to provide "joint and coalition training under realistic scenarios that support full spectrum operations against modern threats and replicate today’s combat operations," according to a press release issued by public affairs officials at Ellsworth Air Force Base near Rapid City, S.D.

The training exercise will conclude Thursday.

The press release states there is potential for increased noise levels in areas around the air force base and throughout the flight training area.

Air Force officials also said they wanted to remind non-military aircraft to thoroughly review the Federal Aviation Administration’s Notices to Airmen, or NOTAMs, and review flight plans to avoid the PRTC. This can be done by calling 1-800-WXBRIEF, or visiting online at https://sua.faa.gov/ and http://www.1800wxbrief.com .

A map of the training area airspace is available for reference on the Ellsworth Air Force Base website at https://www.ellsworth.af.mil/Portals/146/documents/AFD-151103-009.pdf .