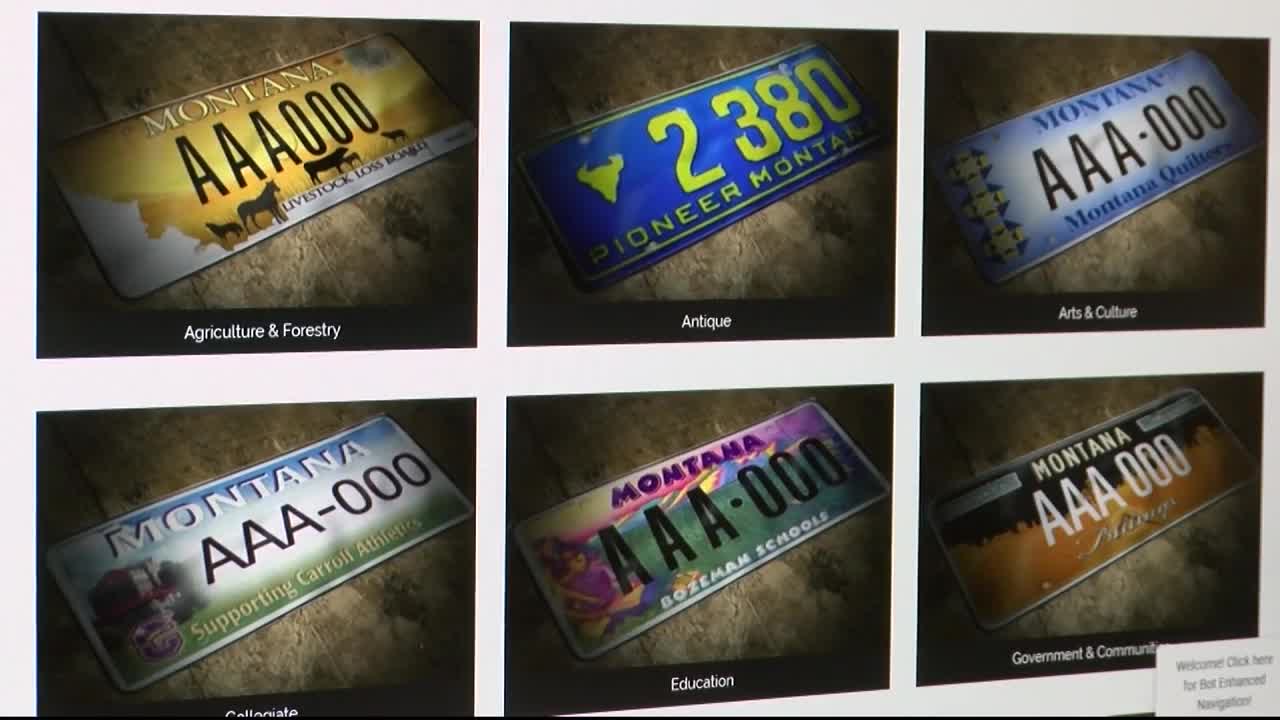 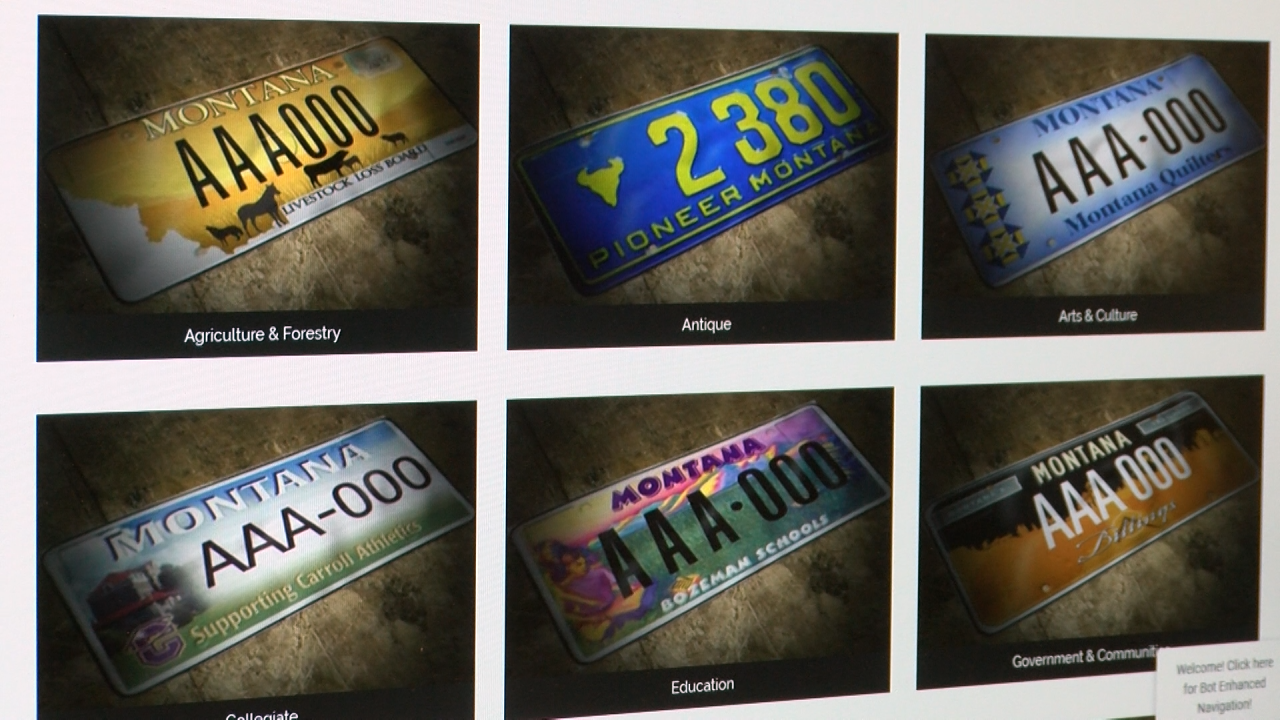 There are 85 specialty state license plates that have been revoked by the Montana Motor Vehicle Division (MVD) for not meeting the minimum number of plates sold as set by state law.

According to MVD, that means 17,775 current license plates will need to be replaced.

“Customers need to know that they can keep that license plate on their vehicle until that renewal cycle comes due,” explained Vehicle Services Bureau Chief Joann Loehr.

Once that cycle comes due, people will need to choose another plate for their vehicle. Those vehicle owners will also have to pay the fee for the production of the new set of plates.

The 2019 Legislature updated the rules around specialty plates.

It was previously up to the department’s discretion to revoke a plate's status if it had fewer than 400 sets of a sponsor's generic specialty license plates that have been sold or renewed. The updated law now reads “The department shall revoke its previous approval of a sponsor's generic specialty license plate sponsorship,” if they do not meet the requirements.

It costs an organization around $4,000 to start a specialty plate. They then need to reach 400 sets with a current registration after 3 years to remain in the program. Each specialty plate is then reviewed yearly.

The motor vehicle division sent a letter to all organizations with a specialty plate in September explaining the changes to the law, and letting them know a snapshot of numbers of license plates registered would be taken in January.

Affected groups MTN spoke with said they believe they could have made the 400 minimum had they been given more than four months to raise awareness with their supporters.

“It’s important supplemental income and poor implementation of the change by the Department of Justice,” said Prickly Pear Land Trust (PPLT) Executive Director Mary Hallow. “The letter was unclear and there was not a lot of time to act.”

PPLT was less than 20 plates short of reaching the 400 minimum.

Hollow said they tried to find out how close they were to reaching 400 before January, but were not able to get that information from the agency.

“We were so close,” said Hollow. “Between our staff and our board of directors, we could have easily reached that number… There is absolutely something DOJ can do about this, and we urge them to do it.”

“The thing that was the most frustrating and disappointing was that we were given four months to get the additional 75 license plates that were needed and it was just unreasonable,” said Dalton. “Registrations happen all year round. Had we been given a full year I think the story would have been completely different.”

LCHS say the funding lost is equivalent to a year of heating their building.

The organizations that failed to meet the minimum requirements can reapply for a specialty plate in four years, and would then have another three years to reach 400 plate sets registered.

Dalton said they probably won’t apply for a specialty plate in the future since the Legislature could just raise the minimum requirement or change the rules to make then not qualify.

“We appreciate everyone that has sported out plates,” said Dalton. “It’s so cool to be out in the community and see support all of these organizations in our community. It’s a walking advertisement for us and great to feel that love.”

Dalton strongly encourages people who had a specialty plate that is now revoked to donate to that organization to help offset funding lost.

MVD said all unused revoked plated will be recycled.

Friends of the Beartooth All American Road Inc.

CAN AM Lifeline Search and Rescue

The Tribal Council of the Confederated Salish & Kootenai Tribes

Friends of the Wild Swan