KALISPELL – Joel Booth and Kadie Latimer had been dating for almost three years, so when Joel decided to propose to Kadie he knew it had to be special.

The couple had been talking about getting another dog to keep their 3-year-old golden retriever company.

When Joel started getting the idea to propose to Kadie he knew he had to include this new secret pet. Booth hid Bowie the golden retriever puppy for a week before proposing to Kadie.

“I went and snuck her and got her, and went and hid her for a whole week so Kadie didn’t know about it. It was very stressful. Just worrying that the day before she’d find out and the surprise would be ruined,” said Joel.

It took some planning with the help of a staged couple’s wedding photoshoot with photographer friend Rachel Catlett and her husband Jeremiah, Booth pulled it off.

Catlett told MTN News she and her husband had never shot a surprise proposal before and she was extremely excited.

“When it was time for her to get changed into her normal clothes and knowing what was about to happen my heart was pounding. So, we had the puppy hiding with a friend and Kadie had no idea what was going on,” said Catlett.

At first, Latimer thought Booth had taken the puppy from a nearby campsite as a joke and she had no idea the puppy was for her.

“That’s when he handed me the dog and said, ‘Well don’t you want to see what the name is?’ So, I looked at the collar and it said Kadie and I initially thought, ‘Why would you name the dog Kadie, that’s my name.’ And so I read a little bit further and it said, ‘Will you marry me?’ And then he got down on one knee,” said Latimer.

Wanting to share the photos with family and friends, Catlett posted some pictures of the proposal to Dogspotting Society, a Facebook group for dog lovers. 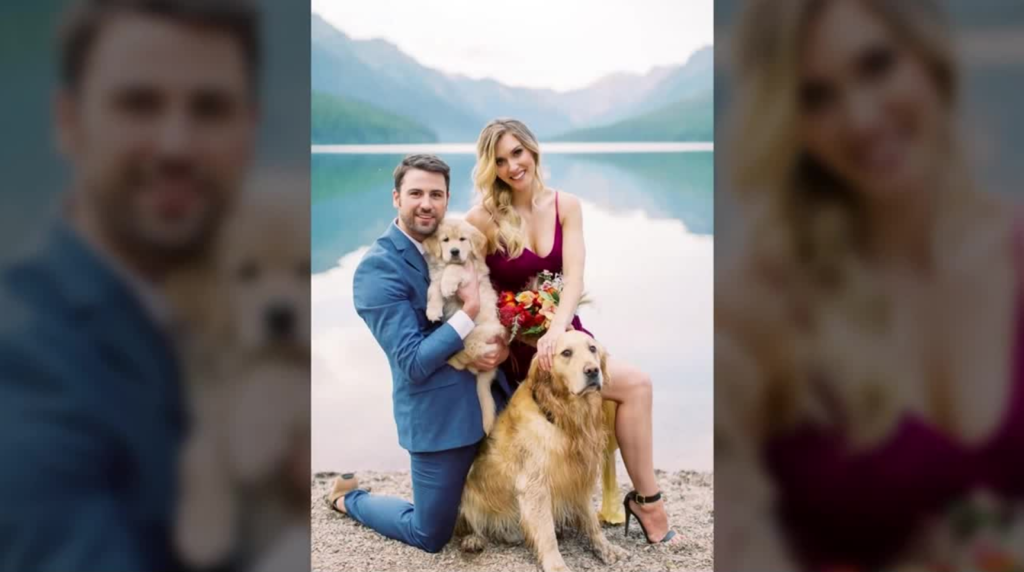 “So I just posted like 10 photos in there and immediately it just blew up and I was not expecting that. They’re very cute photos, obviously, but I just wasn’t expecting the attention. My phone was just blowing up and it was at 50,000 likes and 15,000 shares,” said Catlett.

It was soon after that the TODAY show called.

“It felt surreal. I definitely checked the website to make sure that it wasn’t spam, just to verify it was for real,” said Catlett.

Catlett says the photos have gone international, even getting posted by Daily Mail.

While Booth and Latimer haven’t set a wedding date yet, they have their hands full with new dog Bowie and other dog Jackson.