Piece of Apollo 11 history lives on at Bozeman computer museum

While the actual moon landing was late in the day June 20, the astronauts waited seven hours to leave their craft, and that pushed the actual first moonwalk into the next day.

Aside from the two astronauts in the moon lander, the closest anyone got to the Apollo 11 flight was a TV set. But now you can get a lot closer right in Bozeman.

“Things that were actually on the moon, or orbited the moon, which is pretty singular,” said Eleanor Barker, American Computer and Robotics Museum executive director.

The actual computer that guided Apollo to the moon is on display at the American Computer and Robotics Museum, just off Kagy near the Montana State University campus.

“That’s a remarkable anniversary, and that was the impetus for miniaturization of electronic components,” said Barbara Keremedjiev, the museum’s co-founder. 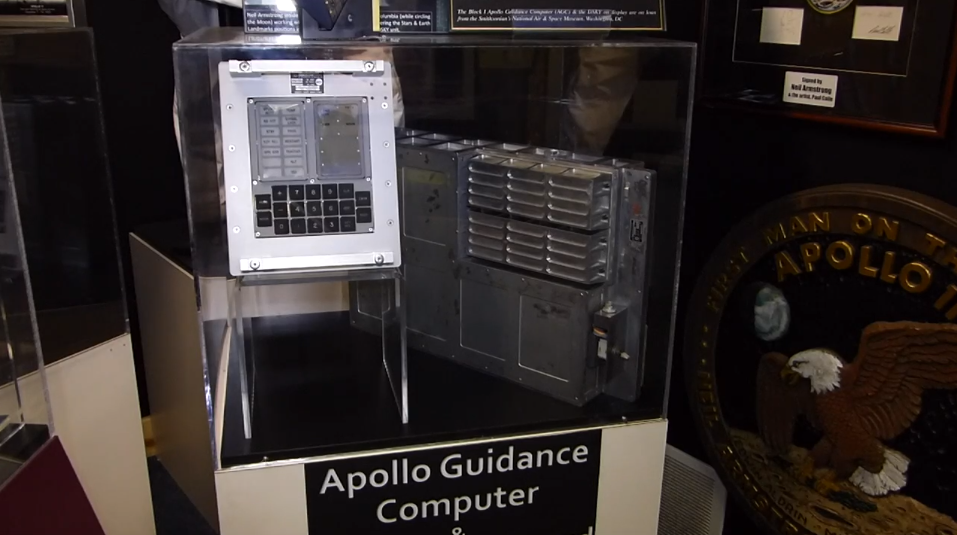 The 70-pound computer from the Apollo 11 command module may not seem so miniature, but it was a start, especially compared to the huge computer that ran the show back on earth.

“Thirty-two kilobytes of memory of RAM. Your watch probably has 10 times more than that,” Keremedjiev said.

While true, computer scientists point out that a team of 350 programmers from the Massachusetts Institute of Technology designed powerful software developed to make the most of these primitive computers that your watch, or even top-of-the-line smart phone, could never match.

“And it weighed a thousand pounds. I don’t know how you got guys to the moon with these things,” Barker joked.

For the museum, the 50th anniversary of the moon landing is more of a mile marker than an endpoint. In fact, in many ways, it’s just the beginning.

“We’re celebrating not just this one anniversary, but what folks are calling the summer of space. There are many kinds of landmarks in space exploration that happened this summer, and we’re excited to be part of that,” said Barker.

Here’s another bit of moon history you’ll find in the museum: a watch worn on the moon on the outside of the spacesuit by an Apollo 15 astronaut.

The American Computer and Robotics Museum is the oldest continuously operating museum of its kind in the United States. It’s open from 10 a.m. to 4 p.m. daily at 2023 Stadium Drive in Bozeman.