Update 7:39 p.m. Kelly Kay Barry has been located safely, according to Missoula police.

MISSOULA- The Missoula Police Department has issued a Missing/Endangered Person Advisory for a 49-year-old woman.

Kelly Kay Barry was last seen on July 6. She is white with hazel eyes and brown hair. She is 5’4″ and weighs 220 pounds.

Her vehicle is a 2015 black Dodge Dart with Montana license plate CHF158.

She is an endangered missing person with a serious mental health issue.

No other details were released regarding Barry’s disappearance.

If you have any information concerning Barry’s whereabouts, you’re asked to call the Missoula Police Department at (406)552-6300 or 911 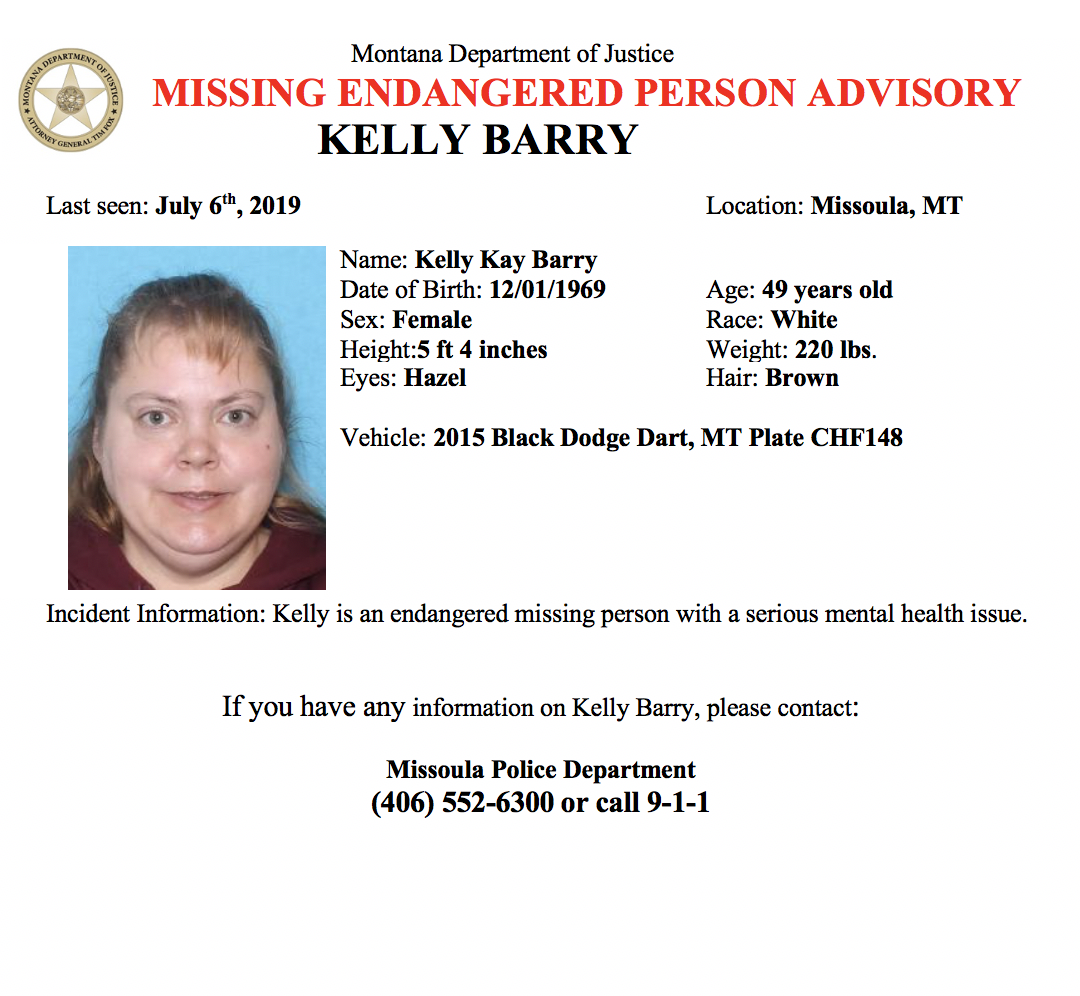