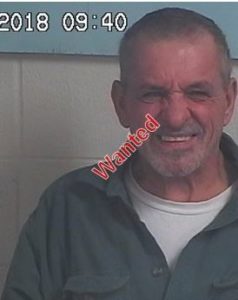 HAMILTON – Law enforcement is looking for the public’s help in finding a man wanted in connection with a hit-and-run accident in Ravalli County.

The Ravalli County Sheriff’s Office reports that Joseph McNamara, 59, is a suspect in a hit-and-run crash that occurred on Golf Course Road in Hamilton at approximately 1 p.m. on Sunday.

He was last seen in the 1400 block of Golf Course Road and was believed to be on foot.

McNamara is described as being a white male who is 5’10” tall and weighs 220 pounds. He has hazel eyes and gray hair. He was last seen wearing a white t-shirt, blue jeans, and a grey and green baseball cap.

Anyone with information about McNamara’s whereabouts is asked to contact the Ravalli County Sheriff’s Office at (406) 363-3033.