The 2020 Census will be very important to Montana, here’s why

Montana is one state that will closely watch the final numbers of the 2020 census. The state is on the cusp of adding a second representative in Congress. If Montana’s count is up and other states are down, Montana could pick up another seat in the U.S. House of Representatives.  If Montana gets another Representative, it would be at least another 4 years before that seat is filled.  The Montana Legislature would have to draw the boundary line for representation.  The count will also determine the state’s share of federal funding for the next decade for highways and need-based support.

Lieutenant Governor Mike Cooney, chairman of the state’s Complete Count Committee, said it’s important every person in the state gets counted.  He said each person is worth about $2,000 each year over the life of a 10-year census cycle.  That’s $20,000 for each person over a decade.  Montana received over $2 billion from the 15 largest federal assistance programs in 2015, including $914 million in Medicaid funding.

The official census count will start in April 2020.  There will be efforts to count people online, by telephone, through the mail, and by census workers knocking on doors.

Cooney said the biggest challenge is getting an accurate count in rural and tribal communities.

Census contact and questionnaires will come from the U.S. Department of Commerce, U.S. Census Bureau. 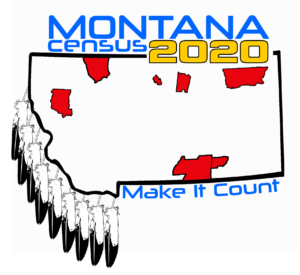