Krakauer has been fighting for several years to access the full records of the 2013 investigation which formed the core of his best-selling book, “Missoula: Rape and the Justice System in a College Town.” 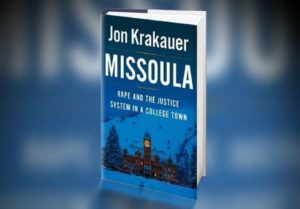 Following a first decision by the Montana Supreme court, Helena Judge Mike Menahan ruled last year that the Commissioner of Higher Education should release redacted versions of those documents to Krakauer.

The state appealed that ruling.

Justices found in their second ruling that, “that a student’s enhanced privacy interest is not dependent on the level of public interest in the student and that, consequently, [Jon] Doe’s status as a prominent student-athlete did not diminish his privacy interest.”

They also noted that because of a high-profile criminal trial and that Krakauer requested the documents using the student’s full name that some of the information was already public and that any redactions would be futile.

The final decision was four-to-three. Dissenting justices say Montana’s constitutional right to know provision should have required a limited release of information.