Montana FWP Prairie Bear Monitor stated the bear was most likely the animal observed in Conrad Thursday morning. Two people reported seeing a bear in town on Thursday, however, officials were unable to locate the bear at the time.

The black bear had previously been caught on the Fort Belknap Reservation for destroying apiaries (a collection of beehives) and was relocated to the west side of the Blackfeet Reservation. 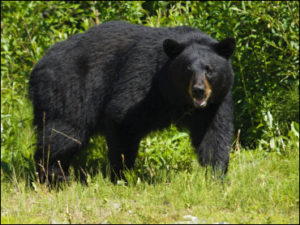 The bear was euthanized due to its previous history of conflict and its attraction to the town.

It was the second black bear to be euthanized in Montana this week as Glacier National Park rangers also euthanized a black bear in the Lake McDonald Lodge area after learning it had broken into a concession employee housing cabin.

Several grizzly bears have been euthanized over the past two months as well, including a sub-adult male grizzly near Kalispell on Monday.