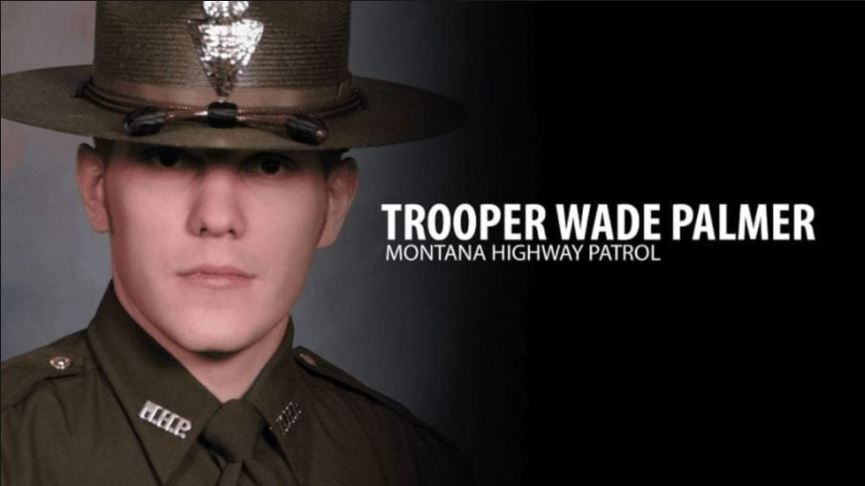 HELENA – Highway Patrol Trooper Wade Palmer will return home to Montana on Wednesday, May 22. He is currently receiving treatment at the University of Utah Hospital in Salt Lake City, where his doctors have determined he is ready to transition to the next phase of care.

Palmer will be flown to Missoula and is anticipated to arrive at Northstar Jet at approximately 1:30 p.m., according to a press release issued Tuesday morning by the Montana Department of Justice.

After he arrives in Montana, a motorcade will escort him to his home. The procession route in Missoula will be released later Tuesday.

“Wade will be welcomed home to Montana as a hero,” Attorney General Fox said in the release. “On behalf of the Highway Patrol, the Department of Justice, and the entire Montana law enforcement community, I want to again share my profound thanks to all who have supported Wade and his family in ways large and small, seen and unseen. Let us all keep the other victims of that fateful March night in our thoughts and prayers as they continue to receive medical care.”

“We are absolutely thrilled that Wade is coming home,” said Colonel Tom Butler. “From the very beginning, he has received the best possible medical care and I know that it saved his life. Words cannot express my gratitude to all of the health care providers in Missoula and Salt Lake City who have cared for him during these past two months. Wade has a long road ahead, but I am glad that he will be traveling that road here in Montana with his family, friends, and fellow troopers at his side.”

On March 15, Palmer was shot in the neck, face, and head, after locating the suspect involved in an earlier shooting that injured two and killed one in Missoula. He was transported to Saint Patrick Hospital in critical condition and eventually flown to Salt Lake City to receive Level I trauma care.

In the following days, Palmer will begin outpatient therapy as his recovery continues. While the family is happy to share this news with the public, they also respectfully request privacy as they return and adjust to life back at home.

According to the release, at 11:30 a.m. on Wednesday there will be a brief news conference at the Rice-Eccles Stadium in Salt Lake City with Palmer’s lead physician, Lindsey Palmer, Montana Highway Patrol Chief Tom Butler, Attorney General Tim Fox, and others. The news conference will be live-streamed on the Highway Patrol’s Facebook page.