Bullock: Defeating Trump is only the first step 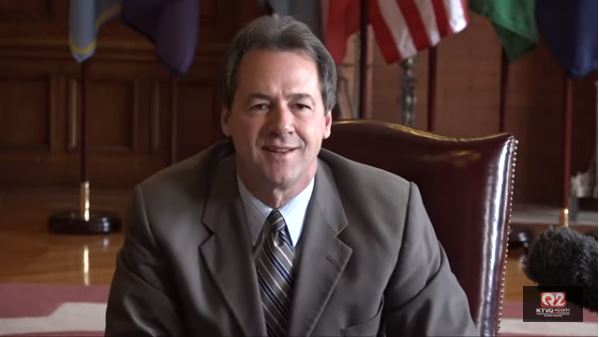 Editor’s Note: This commentary was written by Montana Gov. Steve Bullock, who announced Monday morning he is a candidate for the Democratic nomination for president.

I know I’m not the first person to say those words recently. And with so many other candidates in the race, some folks have asked me, “What took you so long?”

The truth is, I’ve been governing. As the governor of Montana, I was able to pass major progressive victories in the legislative session that just ended. We expanded Medicaid to nearly 100,000 people, froze college tuition, and banned foreign money from our elections. That may not be what you’d expect from a so-called red state with a majority Republican legislature. But it’s exactly the kind of results we could use more of in Washington.

Fundamentally, though, I believe something else has been missing from this race. The fact is that Donald Trump will get another four years in the White House if we don’t win back the places that voted for him. That means Democrats will have to make our case to voters in every community; maybe some that haven’t heard from us in a while.

But as the only 2020 presidential candidate who has won a Trump state, I know we can do it.

In 2016, Donald Trump won the state of Montana by 20 points. In that same year, I was re-elected to my third statewide victory by 4 points.

That means that a sizeable group of people who voted for me also pulled the lever for Trump. Those results may sound unusual in our current age of division and discord. But they reveal a fundamental truth about both elections and governing: When we show up in every community; when we listen more than we talk; when we put progress ahead of partisanship, we can bridge the differences that have divided our country for far too long.

There’s a lesson here for Democrats. We can’t be the party that takes people and communities for granted. We can’t only show up to the patches of blue on the map and expect to defeat Donald Trump. We have to do the work of engaging with voters in every community if we hope to win again.

Now that doesn’t mean we have to sacrifice our values just to pick up votes. I racked up more vetoes than any other Montana governor in at least the last 42 years by repeatedly beating back Republican attacks on worker rights, civil rights, public education, and public lands. And at a time when access to basic reproductive healthcare is threatened all across our country, I stopped every single attack on a woman’s right to make her own healthcare decisions.

Even in this partisan climate, I’ve learned that when we lead with our values and work to find common ground, we can make sure that government still works for us.

I never really thought I’d run for president. I was raised by a single mom and we sometimes lived paycheck to paycheck. I only knew there was a governor’s mansion in town because I delivered newspapers to it as a kid. I worked my way through college and borrowed my way through law school.

It was hard work, but I got my shot at the American Dream. Unfortunately for a lot of Americans, that opportunity no longer exists — and it’s about time to acknowledge that, for too many, it never has.

That’s why we need a leader who can not only beat Trump but who will do the hard work to get our country back on track. Someone who will take on the corrupting influence of money in politics and bridge the political divides so that our economy and our democracy works for all of us.

I’m running for president because I know we can do better. We can win back the places we lost four years ago. We can loosen the grip of Big Money on our politics and ensure every American has a fair shot at success. We can bring people together to get our country back on track.

Defeating Trump is only the first step. It will then be up to us to return to the task of building that more perfect union. It’s a big job. But working together, I know we can do it.