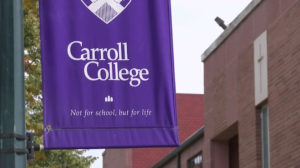 A press release states the Nursing Simulation Center at Carroll College will reconfigure the nursing department’s laboratories, offices, and classroom space on the fourth floor of Simperman Hall, Carroll’s science and technology building.

The project focuses specifically on three labs and one observation room that constitute the heart of the program, where students learn real-world application of classroom lessons in a safe, realistic healthcare setting.

The renovations and new equipment will strengthen the curriculum, in addition to allowing the program to increase its capacity, begin a post-baccalaureate accelerated nursing program, and explore the viability of a graduate nursing program.

The Nursing Simulation Center will address the national growing need for baccalaureate-prepared nurses and the unique challenges facing rural healthcare, according to the press release.

The Montana Department of Labor and Industry reported there are approximately 17,300 RNs in Montana with an estimated 14 percent of all RNs retiring in the next ten years.

“This Nursing Simulation Center will elevate Carroll’s nursing program to the next level, both enhancing our reputation and growing our impact, by providing the nursing program with the facilities, equipment, and technology needed to produce quality registered nurses who are well-prepared to serve the distinctive needs of rural healthcare in Montana,” President Cech said.

The facility will benefit Carroll College by promoting teaching and engaged learning through high-impact practices, according to the press release. It also offered the opportunity for the college to explore new academic programs that serve a demonstrated need, achieve distinction, and attract students.

“Since 1982, the E. L. Wiegand Foundation has sought to pursue demonstrated excellence. Throughout the years, we have witnessed Carroll College sustain its Roman Catholic mission while transforming its campus and curriculum. We endorse the timely nursing initiative and are delighted to be your philanthropic partner,” stated Kristen Avansino, President & Executive Director, E. L. Wiegand Foundation.

President Cech said they are grateful to the trustees of the E. L. Wiegand Foundation for supporting students.

“This valuable addition to our nursing program will help ensure that Carroll continues its strong tradition of graduating exceptionally well-prepared individuals in the nursing field,” he said.

The E. L. Wiegand Foundation has supported Carroll’s science and engineering initiatives over the last 30 years.

In addition to this grant, the Foundation has provided over $2.8 million to Carroll College, including major funding for the E. L. Wiegand Integrated Research and Learning Lab, which was completed in December 2014.

For information on how to support the E. L. Wiegand Nursing Simulation Center at Carroll College, please contact Michael McMahon, Vice President for Institutional Advancement, at msmcmahon@carroll.edu or (406) 447-5528.