Hailing from Bozeman, Army Staff Sergeant Atkins was killed on June 1, 2007, as he saved the lives of three fellow soldiers by tackling a suicide bomber detonating a vest of explosives. 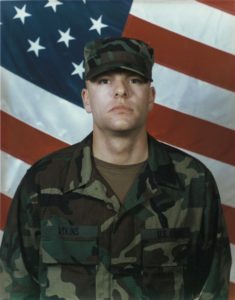 In a media release, city and county commissioners said they hope the honorary week shows their gratitude for Atkins’ valor and ultimate sacrifice.

“Staff Sergeant Travis Atkins’ selfless acts deserve to be recognized and honored by all citizens of Gallatin County, Montana and the nation,” said Gallatin County Commissioner Don Seifert. “We are humbled by his service to our country.”

“Sergeant Atkins gave the ultimate sacrifice for our country. Not only do we honor Sergeant Atkins this week, we are proud to write his life story into the history of Bozeman. His legacy is great and will not be forgotten,” Bozeman Mayor Cyndy Andrus said.

Both the city and county commissions will make formal proclamations in their public meetings this week.