GREAT FALLS – A Great Falls man has entered a new plea for crashing his car into a Montana Highway Patrol trooper’s vehicle.

Rowland’s vehicle was traveling at a speed of more than 100 mph along Interstate 15 near Cascade when he struck the trooper’s vehicle.

Troopers on scene noticed Rowland smelled of alcohol and his speech was slow and slurred, according to court documents.

The criminal possession of dangerous drugs charge will be dismissed.

(FEBRUARY 8, 2018) Larry Lee Rowland, the man who allegedly crashed his car into a Montana Highway Patrol trooper’s vehicle on Interstate 15 last month, has been charged.

Rowland is charged with criminal endangerment, criminal possession of a dangerous drug, and negligent vehicular assault.

According to court documents, MHP Trooper Groshelle received a traffic complaint on January 19th of a Ford Mustang speeding at more than 100 miles per hour along I-15 near Cascade. 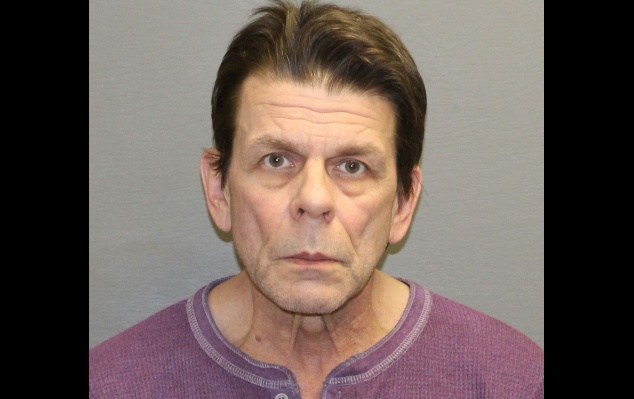 Groshelle positioned his car to wait for the suspect vehicle near mile marker 251. After more than 45 minutes, Groshelle concluded the suspect had changed direction and was no longer heading north on I-15.

The trooper got back on to I-15 and began heading north to Great Falls. Moments later, at about 4 p.m., Groshelle heard what he described as an extremely loud explosion and his vehicle was shaken violently. He initially thought an axle had broken on his car, or one or two tires had blown out.

When Groshelle got out of his vehicle, he saw a dark-green Mustang with heavy front-end damage “in the distance” up against the guardrail. Another trooper arrived at the scene and found Rowland sitting in the Mustang. The trooper asked Rowland what happened and Rowland reportedly said, “I did not even see him.”

The trooper noted Rowland smelled of alcohol and his speech was slow and slurred, and his eyes were bloodshot and watery. During the investigation, troopers estimated Rowland was driving between 140 to 151 miles per hour when he hit Groshelle’s patrol car.

Trooper Groshelle was taken to Benefis Health System by ambulance for treatment of the injuries he sustained, which were not life-threatening.

Troopers found a small baggie with white powder inside Rowland’s vehicle; according to court documents, Rowland admitted that it was methamphetamine. When he was asked how he ingested the meth, Roland said that he sprinkles it on top of his marijuana when he smokes. Court documents note Rowland has a valid Montana medical marijuana card.

The incident marked at least the fifth time in recent weeks that a law enforcement vehicle has been hit by another vehicle.