HELENA – An explosion and ensuing fire outside of Helena near Hauser Lake destroyed a trailer house Tuesday night.

Tri-Lakes Fire Department responded to reports of an explosion on the 4800 block of Deal Lane around 8 p.m.

Once crews arrived, they found a mobile home on fire. The owner was inside the trailer when the explosion happened.

He was checked for injuries at the scene and only suffered minor bruising. First responders said he’s very fortunate.

“It was literally completely involved. I mean there was flames coming out of it. The trailer house, it just went quick,” Tri-Lakes Assistant Fire Chief Aaron Helfert said.

Tri-Lakes had the fire under control close to 9 p.m. and the trailer appeared to be a total loss.

There were reports of animals inside the trailer. Their condition was not immediately available. 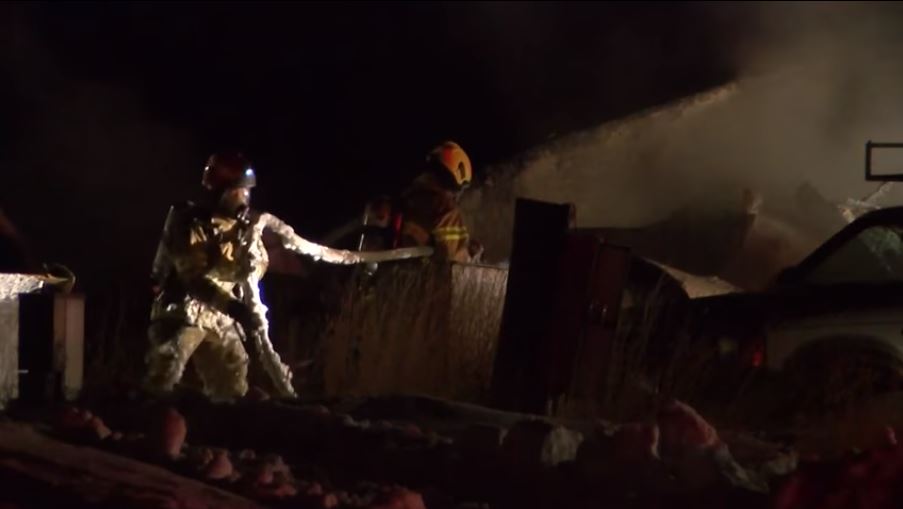