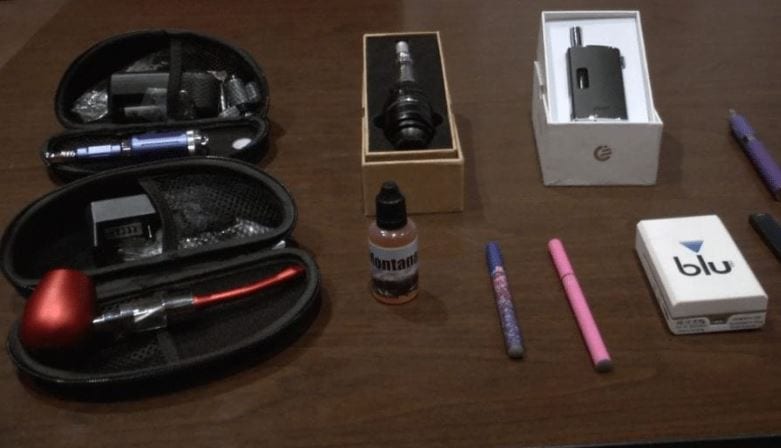 HELENA – Teen E-Cigarette use is at an all-time high in Montana, according to the Montana Department of Public Health and Human Services.

Holzman said Montana ranks above the national average in teen tobacco use. In 2017 alone, nearly a third of high schoolers used a tobacco or nicotine product and nearly a quarter of those were E-Cigarettes.

Nationwide, the US Centers for Disease Control and Prevention (CDC) found almost five million middle and high schoolers used some type of nicotine product within the last year.

“E-Cigarette use has risen 78% nationwide, so it’s something we are really concerned about it, there has been a lot of misinformation out there about E-Cigarettes and a lot of confusion,” said Montana Tobacco Use Prevention Program Director Nicole Aune.

“It’s a new product people don’t always understand new things, so it was an opportunity for our state medical officer, Dr. Holzman to go through what we do know right now about E-Cigarettes, the scientific facts and the data,” she added.

Health experts say nicotine use in any form can harm brain development. Kids who use E-Cigarettes are four times more likely to smoke regular cigarettes.

The CDC says the surge in E-Cigarettes has erased past progress in reducing youth tobacco use.

The FDA is now restricting the sale of flavored nicotine liquids, proven popular with young users.

Holzman also pointed out that because e-cigarettes are not taxed in Montana and come in so many different flavors, like cotton candy, cinnamon, butter popcorn, that they are more appealing to youth and young adults.

By Christine Sullivan – MTN News
Copyright 2022 Scripps Media, Inc. All rights reserved. This material may not be published, broadcast, rewritten, or redistributed.