The proposed legislation would also create procedures for identifying a service animal and create a misdemeanor offense for misrepresenting one. 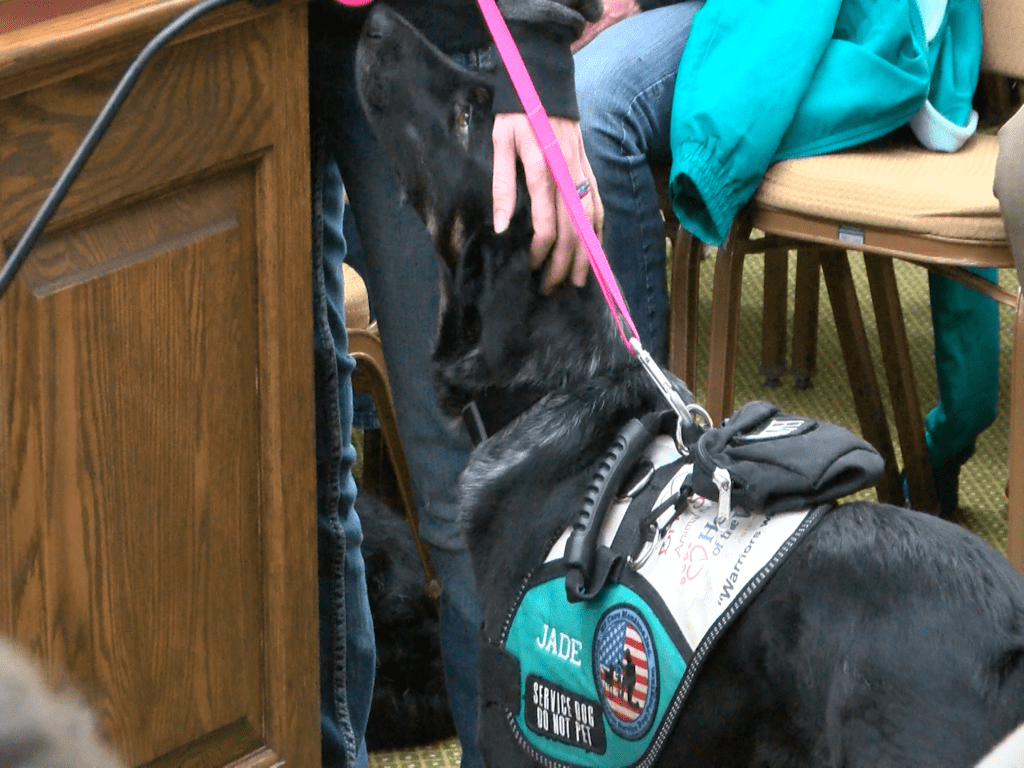 “People are misrepresenting their pet as a service dog,” said bill sponsor Rep. Denley Loge, R-St. Regis. “The problem I see with this is it’s actually eroding the respect for the service animals that are needed.”

According to the current language of the bill, any person knowingly or willfully representing an animal as a trained service animal that has not in fact been properly trained can be fined $100.

HB 439 would also define a “service animal” as a dog or miniature horse individually trained to provide assistance to an individual with a disability. The definition does not include an emotional support animal.

Proponents that spoke at the hearing said they regularly have to deal with the consequences of pet owners that fake a service animal.

Speakers recounted stories of their animal being denied entry to a business because the establishment was frustrated by dealing with improperly trained animals. 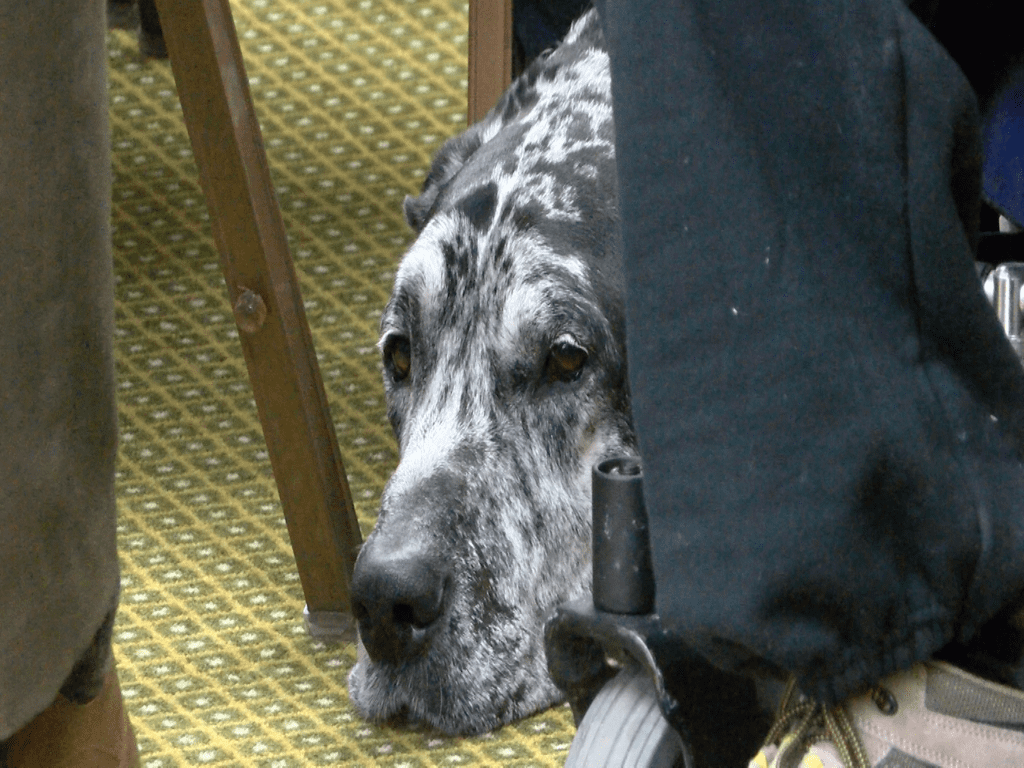 “We have these fake service dogs disrupting the legitimate work of service dogs– or worse exhibiting aggressive behavior towards service dogs or humans,” said David Riggs of K9 Care Montana.

Riggs and his dog Griz demonstrated for the committee the capabilities of a properly trained service animal. Griz aided Riggs in recovering from a fall and picking up his cane and keys.

Riggs also expressed the concerns of service dog handlers to go to large department stores out of the fear of encountering an improperly trained animal.

“The whole idea is to get these wounded individuals out in public and reintegrating into society,” explained Riggs.

Executive Director of Dog Tag Buddies Deede Baker said one of the big problems is that anyone can currently go online and register their animal as a service animal.

“I went on just to see what I could do. I paid $80 to get an animal named ‘toast’ registered to a handler named ‘peanut butter’. They never asked for any proof of the animal’s abilities. That’s how easy it is to currently register a service animal,” said Baker.

Baker believes a fine or penalty needs to be in place or else people will keep trying to pass off any animal as a service animal. 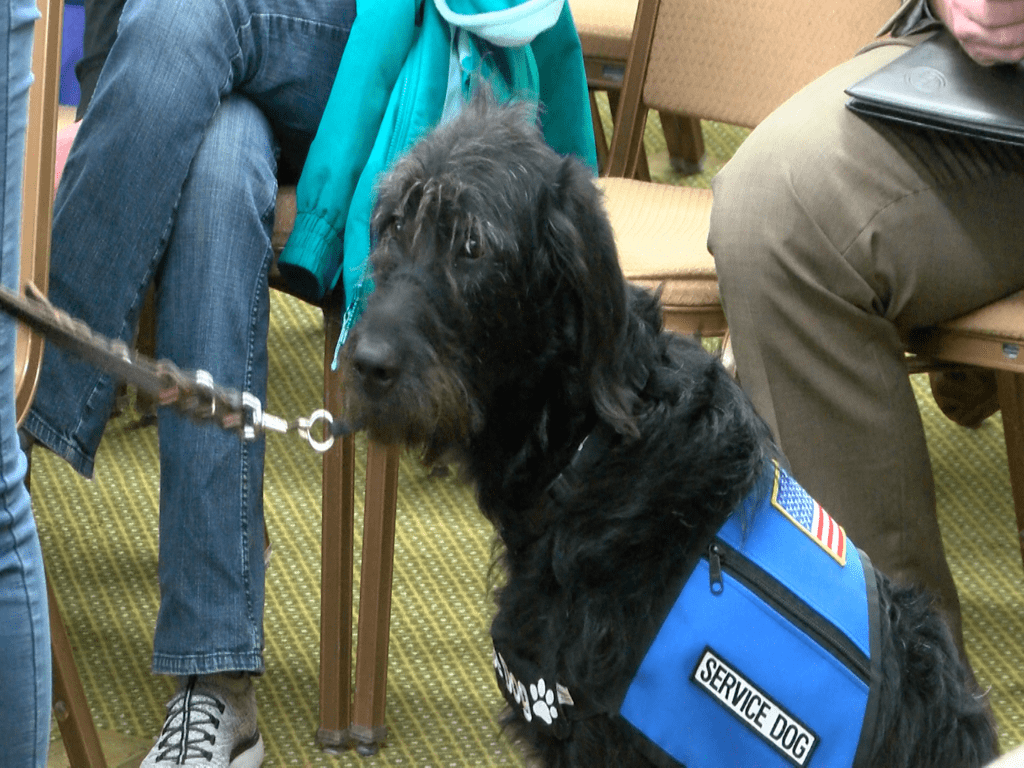 “I’m very supportive of a penalty. I think there has to be consequences for misrepresenting these animals and enough of a deterrent before they take the dog out in public and say it is a service dog,” said Baker.

Baker added the hope is for Montana to become more in line with the Americans with Disabilities Act.

“I’m just excited that Montana is really looking at this from the standpoint that we want to protect businesses as well as the disabled community. I think that’s huge. We have to find a happy balance and I think working through this bill is going to do that,” said Baker.

Opponents of HB 439 argue that the bill doesn’t follow current federal law and could lead to more discrimination.

“The Americans with Disabilities Act is very clear on the process for identifying a service animal,” said Joel Peden with Montana Independent Living Project. “What we’re concerned about is that becomes watered down and that it really affects the legitimate service animals from having access to public places.”

Jim Marks, Montana State President of National Federation of the Blind, appeared with his guide dog Kieran to oppose the bill as written.

Other opponents expressed similar concerns asking that lawmakers make amendments to the bill to better reflect the Americans with Disabilities Act.

Each opponent and proponent MTN spoke with about HB 439 agreed that individuals with service animals need better protections in Montana.