UPDATE 3:28 p.m.: JoVonne Justice has been located in Helena. The missing/endangered person advisory has been canceled.

UPDATE: The Montana Department of Justice has issued a Missing/Endangered Person Advisory for JoVonne Justice. 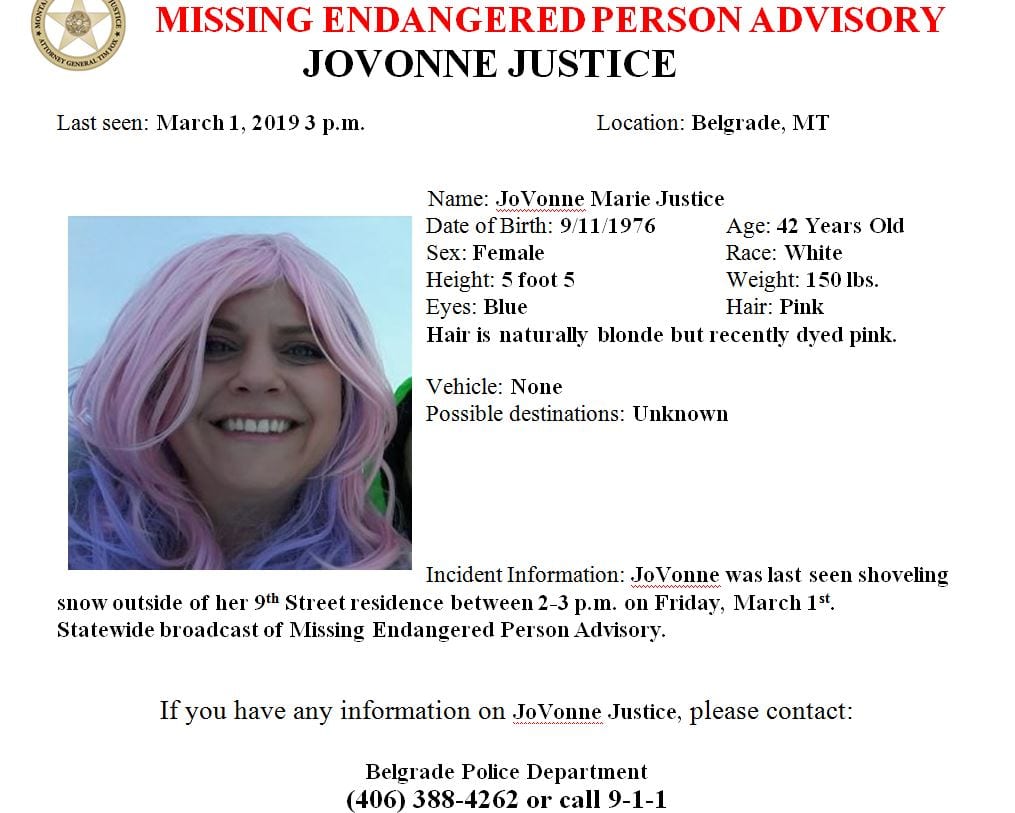 BELGRADE – A woman who was last seen shoveling snow outside her residence Friday is being sought by the Belgrade Police Department.

The department is seeking the public’s assistance in locating 42-year-old JoVonne Marie Justice.

Justice is approximately 5-feet, 5-inches tall and weighs approximately 150 pounds. She has blue eyes and naturally blonde hair but it is reported that she recently dyed her hair pink and purple.

Police say it has been reported that Justice was last seen shoveling snow outside of her 9th Street residence between the hours of 2 and 3 p.m. on Friday, March 1, 2019.

Anyone who may have seen Justice or have information about her whereabouts is asked to contact the Belgrade Police Department at 406-388-4262.