Up, up and away: Bozeman airport looks toward $27M expansion

BOZEMAN – A $27 million terminal expansion to the Bozeman Yellowstone International Airport was approved last week with construction planned to kick off in late March.

The Gallatin Airport Authority Board approved the project.

According to a press release, the project will add approximately 70,000 square feet to the concourse, provide four additional gates, a third food and beverage location inside security, additional retail options and include space for future expanded outbound baggage handling. 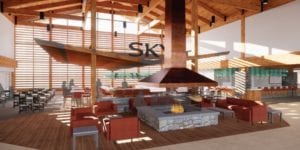 In 2018, the Gallatin Airport Authority selected engineering firm Morrison Maierle, Comma-Q Architecture, the national expertise of Reynolds Smith and Hills and general contractor Martel Construction to design the next phase of terminal expansion.

Overall, the project is anticipated to cost approximately $27 million including additional passenger boarding bridges and the terminal apron to serve the expanded concourse.  The project is being funded through a combination of Airport Improvement Program grants (which originate through airline ticket taxes) and the Authority’s capital improvement fund.

“We are pleased that the airport has operated and expanded for over 30 years without local or state taxes and this project will continue that practice,” said Airport Director Brian Sprenger.

Tony Martel, President of Martel Construction, Inc. estimates that over 500 direct and indirect jobs will be created during the construction of the concourse expansion. 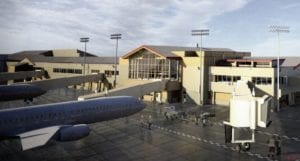 Officials said that they expect minimal inconvenience to the flying public during the project and the project is anticipated to be completed in time for peak summer traffic in 2020.

“The latest expansion will continue to support the already amazing growth we have seen in passenger numbers and better accommodate the flying public that we serve,” said Gallatin Airport Authority Board Chairman, Carl Lehrkind, IV. “This expansion, much like the previous ones, will maintain the style and décor of previous expansions welcoming friends, family, and visitors to our amazing community.”