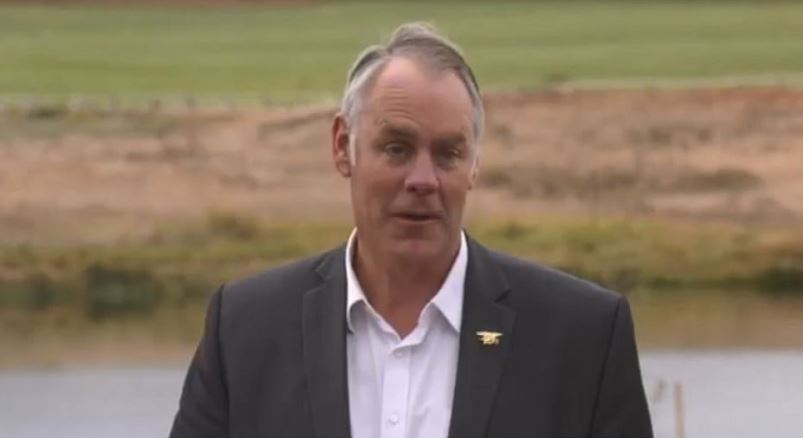 WASHINGTON- According to the Washington Post, prosecutors have begun presenting evidence to a grand jury in their probe of whether former Interior Secretary Ryan Zinke lied to federal investigators.

The grand jury is focused on Zinke’s decision not to grant a petition by two Indian tribes to operate a commercial casino in Connecticut, according to two individuals, who spoke on the condition of anonymity because grand jury proceedings are not public.

The Mashantucket Pequot and Mohegan tribes sought federal approval in 2017 to operate a commercial casino off reservation land, in an arrangement that would ensure the operation gave 25 percent of its slot revenue to the state of Connecticut.

MGM Resorts International, which declined to comment this week, sought to block the petition on the grounds that it would provide the tribes with an unfair economic advantage. The casino giant has a gambling complex just 12 miles away from East Windsor, in Springfield, Mass., and has eyed opening a casino in Bridgeport.

The tribes allege that Zinke decided not to grant their application because of political pressure, and Interior’s Office of Inspector General opened an investigation into the matter a year ago.

Investigators with the Interior Department’s inspector general’s office came to believe Zinke had lied to them in the course of that inquiry referred the matter to the Justice Department  late last year.