BOZEMAN — More details are being released about an early morning fire that consumed an apartment complex under construction on Bozeman’s Babcock Avenue.

The fire started at the four-story building, known as SOBO Lofts between Seventh and Eighth avenues across the street from the Haufbrau and Molly Brown bars. The site was previously occupied by a Pizza Hut.

According to a press release from the city of Bozeman, no injuries have been sustained by any emergency responders or civilians.

Crews were dispatched at 12:21 a.m. and arrived at the scene within minutes. The first emergency responder on the scene was a Bozeman police officer who reported a fire coming from the exterior of the building.

The first Bozeman fire unit that arrived on scene and due to a large amount of fire the crew made the decision not to enter the building and chose to fight the fire from the exterior of the building. Because the building was determined to be under construction, to the best of the knowledge of the fire department the building was unoccupied. 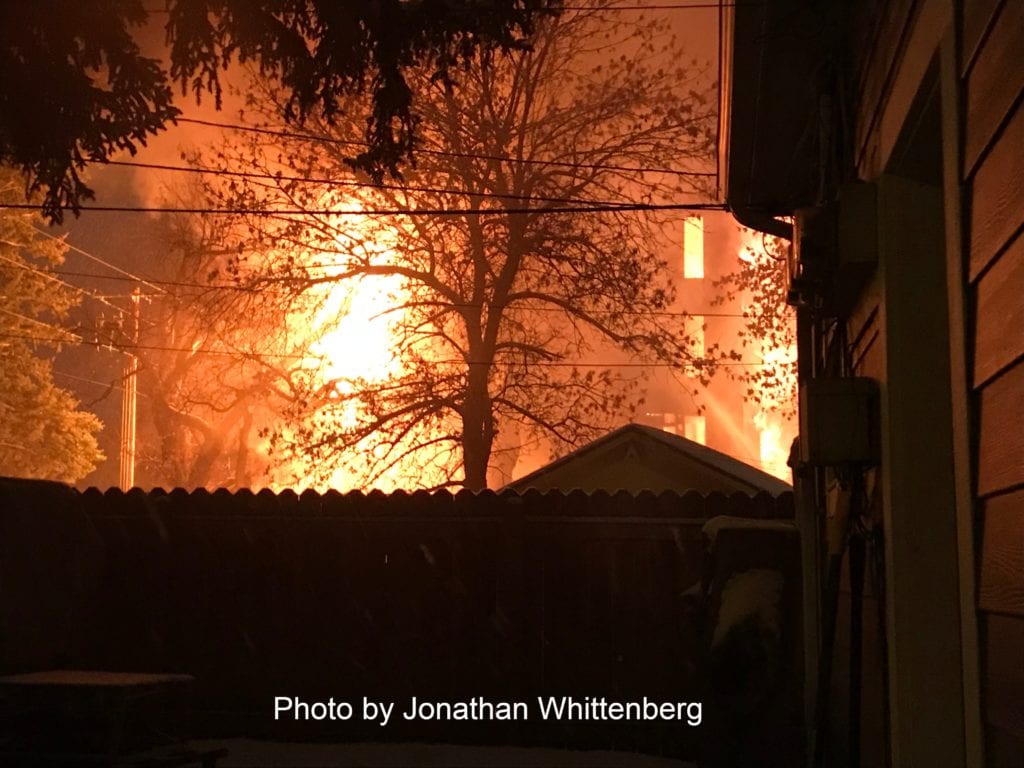 Fire crews will remain on scene throughout the day continuing to extinguish hot spots. Law enforcement will also remain in the area and some residential streets will be closed. Members of the public can expect to see smoke but should not be alarmed.

Bozeman Police Department and Bozeman Fire Department will be investigating the fire. Officials said at this point there are no determinations that can be made about the cause of the fire.