Man admits to charges for leaving baby in Montana wilderness

MISSOULA  – A man who buried a then five-month-old baby alive last year near Lolo Hot Springs has changed his plea.

The boy survived even after he spent hours face down in wet clothing while being partially buried under sticks and debris in the woods.

Authorities say the child was in Crowley’s care at the time while he was high on meth and bath salts. 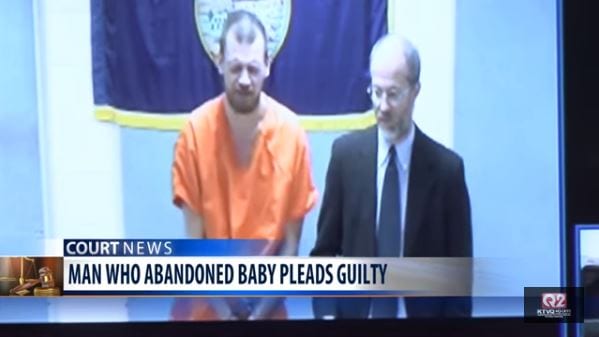 Crowley and the child’s mother camped in the area and when others noticed the child was gone, they called the Missoula County Sheriff’s Office.

The baby was found in the woods and rushed to the hospital after an extensive search and amazingly survived the ordeal. Court papers have identified Crowley as the baby’s uncle.

He will be sentenced on March 12.