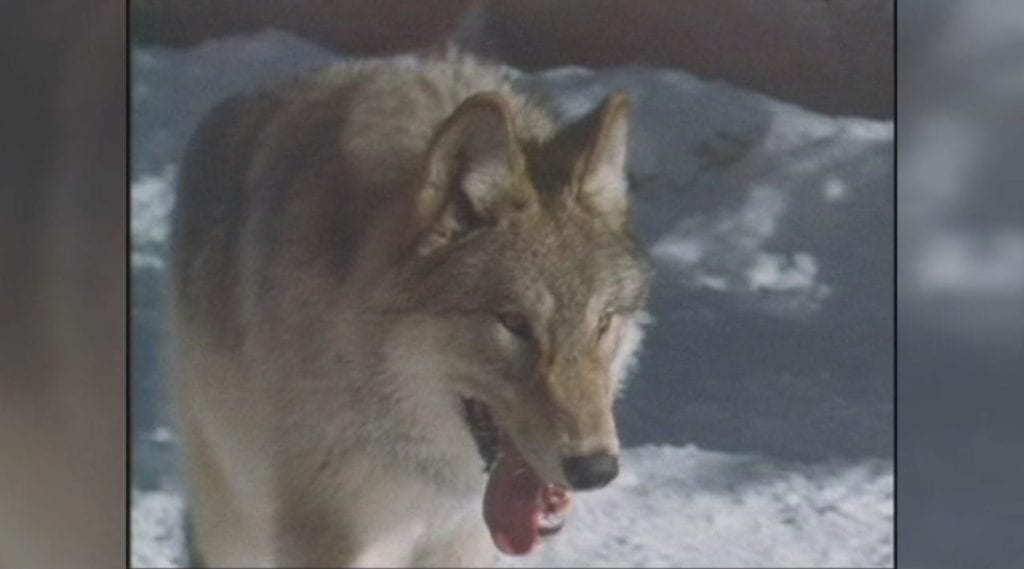 HELENA – The Montana Department of Fish, Wildlife and Parks says it is monitoring wolf behavior in and around Cooke City and Silver Gate north of Yellowstone National Park.

According to a news release issued Thursday, wolves have been repeatedly seen in Cooke City during nighttime hours, including on Main Street, side streets and the Bannock Trail. They also say a wolf killed a dog outside a home about two weeks ago.

FWP says there have been no reports of wolves approaching humans. Pet owners should avoid letting pets run freely and walk dogs on leash in lighted areas when walking at night.

FWP says the behavior is concerning because their proximity to people can lead to an increased chance of habituation or the possibility of another pet being killed.

Wildlife managers are reminding people that feeding wildlife is illegal and dangerous and all pet food should be kept indoors. FWP says, however, that there is no evidence wolves are being baited.

Montana law allows residents to kill a wolf without a permit if it is threatening or attacking a person, pet or livestock on public or private land.

Any incidents of a wolf threatening or attacking a person or animal, or if action is taken against a wolf, must be reported to the agency.