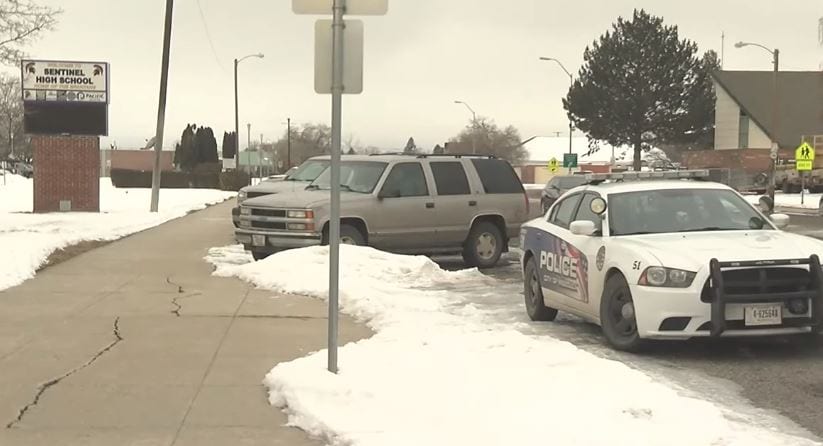 MISSOULA – Students and staff of Sentinel High School returned to school on Tuesday with an increase in police presence after a handgun magazine filled with live ammunition was found in the hallways Monday morning.

The findings led to a three-hour school lockdown and all of Monday school activities canceled.

Principal Ted Fuller said the timeline of events started sometime before school when students found a loaded handgun magazine on the floor of a hallway.

“The eyewitnesses heard the sound of something metallic hitting the floor,” Fuller said, adding that a student reported the item to the main office at 8 a.m.

School officials quickly contacted school administrators and local law enforcement and a decision was made to clear the halls and initiate a full school lockdown.

Following a complete search of the entire building, no new evidence was found to determine a suspect.

Due to construction in the area where the loaded magazine was found, no security cameras were available to help in the investigation. Throughout the incident, school officials used social media and cell phone to update parents.

Fuller said after an onslaught of school threats last spring and now this, the school’s threat preparedness is constantly being evaluated.

“I think the biggest take-away for me as a principal is those systems can never just be left with the idea that they are where they need to be. They constantly need to be refined,” Fuller said.

School officials and police will continue the investigation.