GREAT FALLS- The Great Falls Police Department on Friday afternoon told MTN News that the disappearance of Brook-Lyn Arrowtopknot last month is now being treated as a kidnapping.

The GFPD told KRTV that a “physical altercation” took place Dec. 26 near Chowen Springs Loop and 15th Street, which resulted in a person sustaining a life-threatening injury. The nature of the injury and the person’s current condition have not been released.

Shortly after the assault, a man was seen leaving the area while assaulting a female; the female has since been identified as Brook-Lyn Arrowtopknot. Great Falls police issued an “attempt to locate” on Arrowtopknot a short time later.

Police said that they have identified Guadalupe Pablo Galicia, Sr., as a person of interest in the case, and have issued a nation-wide arrest for him. Galicia has convictions for aggravated assault and robbery. Great Falls police say that he should be considered armed and dangerous, and officers are working with the U.S. Marshals Fugitive Task Force. 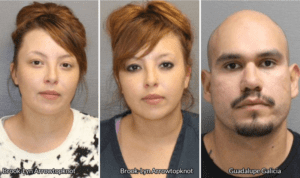 Due to the circumstances surrounding Arrowtopknot’s disappearance, police are treating this as a kidnapping.

Anyone with information about her, or who has had contact with her since she was last seen, is asked to call the GFPD at 406-727-TIPS, or call Detective Mahlum at 406-781-8926. You can also send the GFPD a private message via Facebook, or use the P3TIPS.COM app. Tipsters may remain anonymous.