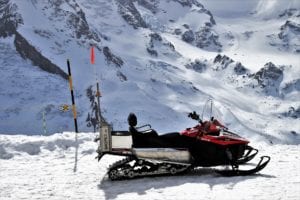 WEST YELLOWSTONE – A Washington woman was injured near West Yellowstone Wednesday after she was ejected over the front of her snowmobile in a collision, according to the Gallatin County Sheriff’s Office.

The sheriff’s office reported that at 3:37 p.m. Wednesday, West Yellowstone Police Department Dispatch received a call from a woman reporting that her daughter had been involved in a snowmobile crash.

Sheriff Brian Gootkin said in a media release that snowmobilers in the backcountry should “ride within their abilities and understand the capabilities of their individual machine.”

“When approaching intersections or blind corners snowmobilers should slow down appropriately to allow for the maneuverability necessary to avoid a potential collision,” Sheriff Gootkin said.