GREAT FALLS – It is arguably the most famous bar in Montana.

And it’s without a doubt, the only place in the Treasure State you’ll see swimmers dressed as mermaids.

But the maidens of the deep are not the only draw to the Electric City watering hole.

Mermen have also been an on-and-off part of the show since the mid-90’s. When a job opening was posted in 2017, it grabbed the attention of some of Montana’s elected officials on social media, who joked about applying.

Now, Sen. Jon Tester, Attorney General Tim Fox or Gov. Steve Bullock didn’t get the job that time, but they might have another chance to slip into the fins, because the Sip N’ Dip is again looking for a male swimmer.

But this job is more than doing a few backstrokes.

“It’s just a lot of physical work, they are swimming for four hours,” said Sip N’ Dip general manager Sandra Thares. “They are in the water for 45 minuets, they are out for a 15-minute break. We do have to pull them out of the water for a break, because the water is only heated to between 86-88 degrees. So after four hours, hypothermia starts to set in.”

“You want to definitely work on lung capacity and make sure your endurance is strong and high,” added merman Justice Beckner.

The physical requirements are only part of the job though. Even though they may work underwater for a living, merpeople still need air.

“Five times a night on average people will come up to the glass to take pictures, or they’ll be on the other side of the bar and we’ll motion them over, ‘hey come back and take pictures with us’,” said Beckner. “The tough part about that, sometimes people are very slow with their photos, so it’s, take a picture and be quick, because we got to breathe too.”

And avoiding drowning might not even be the hardest part of the life. Because underwater can be a lonely place.

“Sometimes people don’t care about the mermen,” continued Justice. “Admittedly ladies prefer it more, but sometimes guys will come up to the window to take pictures and they shoo you away.”

So the next time you are in Great Falls and find yourself in this underwater oasis give the hard-working mermen and mermaids a smile and a wave and do it quickly.

If you are interested in applying or just want to know more about the Sip N’ Dip Lounge, check out the link here. 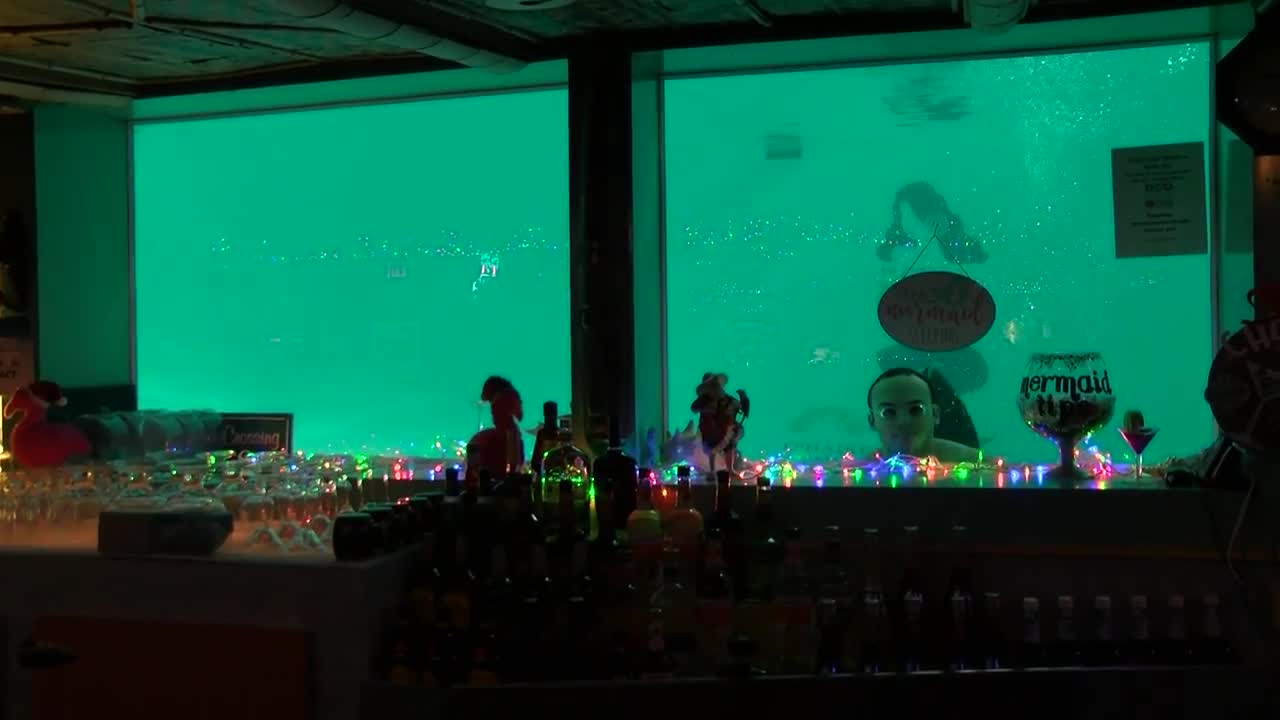