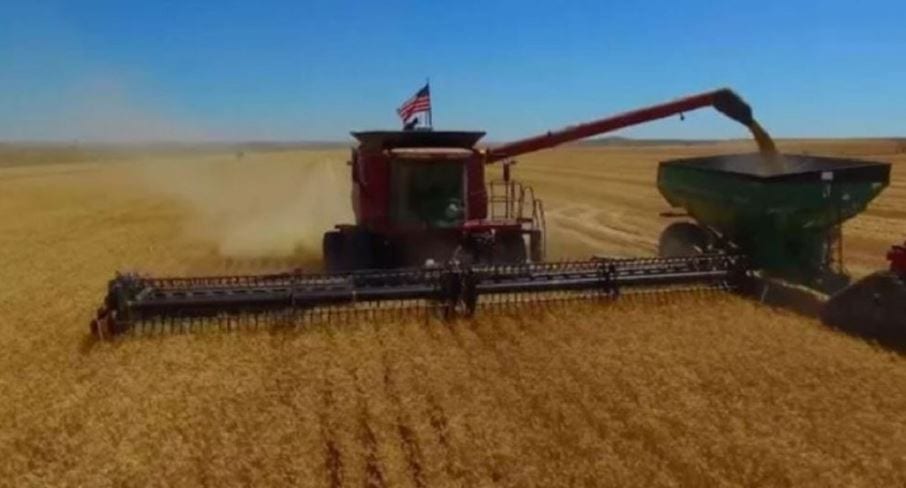 “We’re here to celebrate a really tremendous victory for the American farmer,” Trump said to those at the signing ceremony. “Ranchers, agriculture, incredible people.”

The farm policy legislation passed both the House and Senate with strong bipartisan support Wednesday.

The five-year farm bill is monumental legislation that addresses a wide range of areas including farming, nutrition, conservation, trade, energy and forestry.

The passage of the bill came after months of negotiations to merge the drastically different versions passed by the House and Senate earlier this year.

While the last Farm Bill technically expired on Oct. 1, many elements received funding through the end of the year.

“I’m pleased President Trump signed this critical bill into law today – which will give certainty to Montana farmers and ranchers, and help reduce the risk of catastrophic wildfire,” Sen. Steve Daines (R-MT) said in a statement.

“The new Farm Bill protects crop insurance, preserves conservation initiatives, and invests in rural communities. At a time when there is so much uncertainty in agriculture, this bill will strengthen producers,” commented Sen. Jon Tester (D-MT),

“Thanks to the hard work and commitment of Montana’s farmers, ranchers, and Ag leaders, the Farm Bill has Montana’s fingerprints on it. The new farm bill is a win for our farmers and ranchers who work the land to feed our country and the world,” rep. Greg Gianforte (R-MT) said in a statement.

Click here to read the complete text of the Farm Bill.

Information from CNN included in this report.