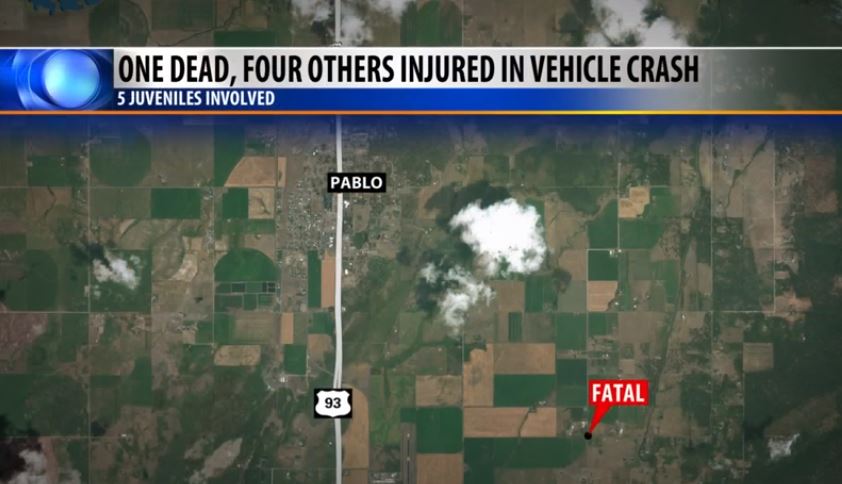 PABLO – One person died and several others were hurt in an early Sunday morning crash in Lake County.

Authorities said all of the people involved in the 2:15 a.m. wreck were under the age of 17.

The Montana Highway Patrol reports the accident happened on North Foothills Road near North Crow Road in the Pablo area.

MHP reports the driver lost control causing the vehicle to enter a ditch and roll over several times.

One passenger was ejected from the vehicle and pronounced dead at the scene. All of the other passengers were taken to the hospital with non-life threatening injuries.

MHP reports that alcohol and speed are believed to have played a role in the accident.