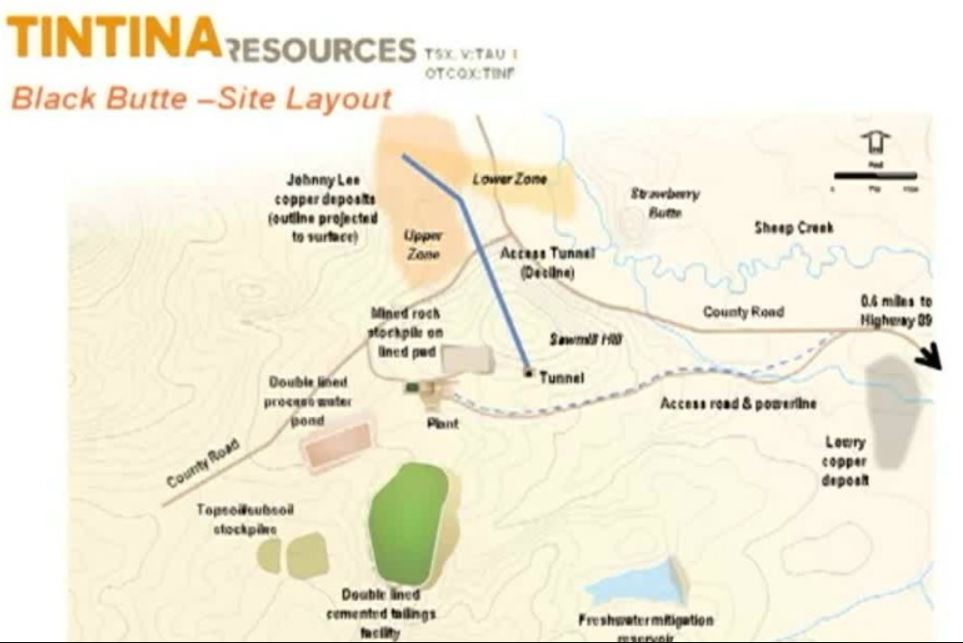 WHITE SULPHUR SPRINGS – Sandfire, the company planning the Black Butte Copper Project, will have to build a water treatment pond to get the project approved.

The site 17 miles north of White Sulphur Springs has been in the works for several years, but is waiting for approval from the Montana Department of Environmental Quality (DEQ) to start operations.

The company said Black Butte is one of the highest grade copper deposits in the world. But the 2017 change in nitrate regulations by the DEQ has delayed the process.

“The schedule has been slipping and that is primarily due to meeting the state’s nitrogen requirements,” said Vice President Jerry Zieg.

Zieg said the mine plans to send treated water through the underground filters that will connect to streams nearby, which will eventually end up in the Smith River. During the months of July through September, nitrate standards are higher because algae uses nitrogen as fuel and therefore the water will be stored in a 54 million gallon pond.

“Going into this we had not designed this pond because we did not appreciate that these new nitrogen regulations were coming. And so we have been forced to change our design due to new regulations,” said Zieg.

Conservation groups worry the new mine will damage Sheep Creek and the Smith in the future. Executive Director of Trout Unlimited David Brooks said it is concerning that he was not notified about the change in the company’s proposal.

“So it is hard to trust their general message of they are going to do it right when we see these kind of changes and are surprised by them,” said Brooks. “They are changes that pose serious risks to both water quality and water quantity.”

Brooks said on top of the wastewater pond, there is another change.

“The other thing they are going to do now is directly pump more water out of Sheep Creek than they had previously proposed,” said Brooks. “So this change that is going on is about using more water from Sheep Creek and hence Smith River, and also another essential waste pond.”

Sandfire said it is doing everything it can to ensure environmental standards are met. The DEQ is currently reviewing the proposal and if it is approved, the company plans to start operation in June of next year.