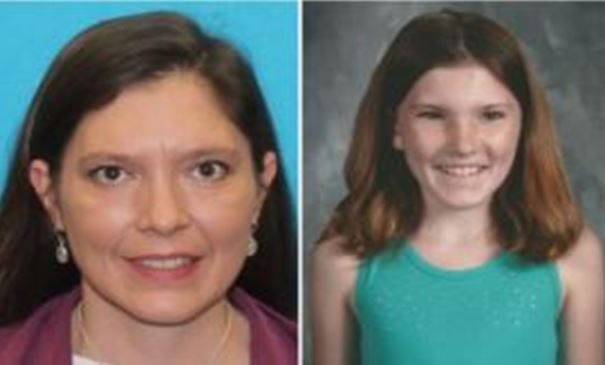 Update 2:24 p.m.- The alert has been canceled. Rhiannon has been found safe and the suspect is in custody.

The Montana Department of Justice has issued an AMBER Alert for 12-year-old Rhiannon Epona-Renee McGuire.

She is 5-feet, 2-inches, 85 pounds, with brown shoulder length hair and brown eyes.

The AMBER Alert states that Rhiannon was abducted by her non-custodial mother Michelle Ferguson, who is 5-feet, 6-inches, 145 pounds, with brown hair and brown eyes.

They are possibly in a white 2002 Chevrolet Tracker, Montana license 734286B.

Ferguson is said to be bi-polar, manic depressive, and off her medication.

The child’s life is believed to be in “life-threatening danger.” 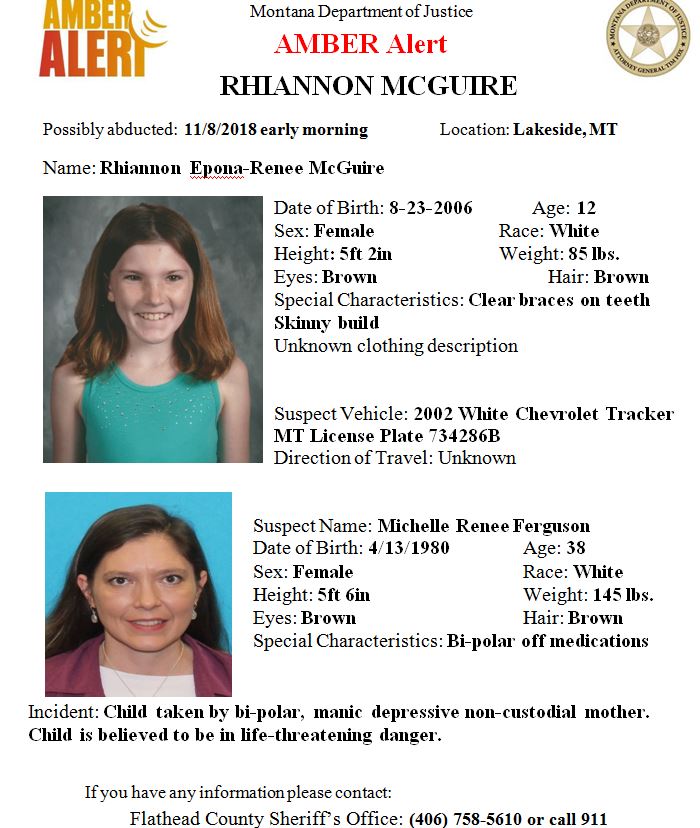