Another $8M into Montana’s I-185 campaigns; $3M on mining initiative

HELENA – One of two tobacco firms bankrolling the campaign against Initiative 185, which would raise tobacco taxes to help fund Medicaid in Montana, has dumped another $5 million into the campaign.

Supporters of I-185, led by Montana hospitals, also added nearly $3 million to their campaign in the past three weeks, bringing the total fundraising and spending on the ballot-measure battle to slightly more than $25 million – the second-most expensive campaign in the state this year.

Another ballot measure – Initiative 186, which would impose new regulations on hard-rock mines – also saw about $3 million raised for campaigns on both sides in the past three weeks.

I-185 would raise state taxes on cigarettes by $2 a pack and on other tobacco products by 67 percent and make permanent Montana’s Medicaid expansion program, which provides government-funded health coverage to nearly 100,000 low-income adults. 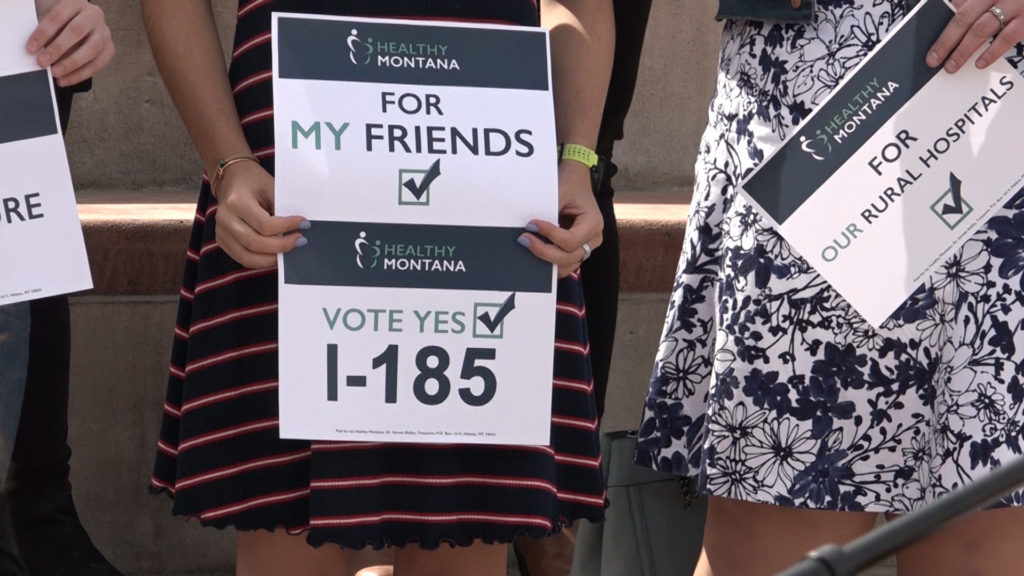 Altria has contributed, loaned and spent $12.52 million on the campaign and RAI has put about $4.9 million into the effort, for a total of $17.5 million raised to fight I-185.

Most of the money has been spent on TV advertising, which has been blanketing the air waves in Montana since late summer.

The pro-I-185 forces have raised and spent about $7.7 million for their campaign. Leading the effort is MHA, the lobby group representing Montana hospitals.

MHA and individual hospitals in Montana have combined to raise or spend about $5.6 million to support I-185. MHA and the hospitals anted up $2 million in the past three weeks.

In the battle over the mining initiative, I-186, mining-industry opponents contributed another $2.4 million to their campaign in the past three weeks.

So far, the Montana Mining Association has financed $4.4 million of the $4.56 million campaign against I-186, which says the state will not permit any new hard-rock mines whose cleanup plan would require permanent treatment of polluted water coming from the mine site.

The mining industry has argued that the new regulation is unnecessary and confusing, and would lead to more legal battles over mining permits and stymie mine development. Five mining companies operating in Montana have financed most of the remainder of the anti-I-186 campaign.

Supporters of I-186, led by Trout Unlimited, raised or spent about $483,000 in the past three weeks, increasing their total campaign tab to about $1.44 million.

National, state and local Trout Unlimited groups have pitched in about $550,000 of the total. Other big donors include the National Wildlife Federation ($135,000), the conservation group American Rivers ($96,000) and David Leuschen, a billionaire New York investor who is from Montana ($100,000).

Scores of individuals from inside and outside the state also have contributed to the I-186 campaign.