MISSOULA  – The 17-year-old accused of shooting two other teenagers behind Sentinel High School over the summer testified in court on Monday afternoon during a juvenile transfer hearing.

According to court documents, the two victims told police that Conat had tried to rob them and that they had wrestled the gun away from Conat in the process of trying to fight back. 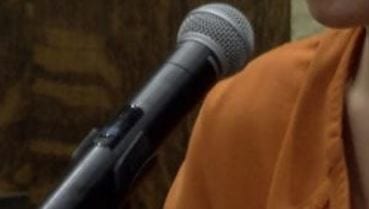 Conat took to the stand on Monday and told a different story of what happened that day.

The teen from Lolo said he met the two victims at Southgate Mall on June 25 and when he was done shopping the two followed him.

“After that, I left the mall to carry on with my day and the two boys had approached me from behind and said they knew someone who wanted to purchase marijuana at Sentinel High School,” Conat said.

Conat said the two acted strangely on their walk to the high school and when they arrived he heard one of the victims say “now” as the other victim punched Conat in the head.

Conat testified that he then fell to the ground, and when one alleged victim began kicking Conat in the head the other stole the contents of his right pocket.

Conat said he took a firearm from his other pocket in an attempt to stop the two alleged victims from assaulting him.

“When (one of the victims) tried to pull it from my hands I guess the trigger was pulled and it went off twice,” Conat said.

Conat says the firearm eventually made its way into the hand of one of the victims but that he was able to flee the scene before he was shot.

After hearing testimony for most of the day, the defense and prosecutors will put together responses for Judge Jon Larson who will decide if Conat’s case should be prosecuted in Juvenile Court or if he should be tried as an adult.

Conat said he didn’t come to the police with his side of the story initially because he said he wanted to have physical evidence to support his story.

He also said that he had firearms on him at the time of arrest because he was afraid of retaliation from the two alleged victims of the shooting or someone associated with them.