STEVENSVILLE – There are many things that make owning a home in Montana unique.

There is, of course, the Big Sky views, but how can you keep that view just as spectacular on the inside?

This Montana Made report features a Bitterroot Valley man who is shedding some light on his rustic creations.

Breathtaking, rustic, elegant and very Montana are just a few words that come to mind when you gaze up at Jim Swanson’s creations. And it all started out as a hobby.

“I’d go out and shed horn hunt, pick up antlers and I had a garage full of antlers in no time. And decided I needed to do something with those antlers,” said Jim Swanson.

So, he started making antler chandeliers. It was just for family and friends at first but it wasn’t long before he had more customers.

He took a leap of faith and started the Antler Chandeliers and Lighting Company, and almost 25 years later Swanson is busier than ever.

“We are all Montana. There is nothing fancy about us. We build quality chandeliers and that’s what I do every day,” Swanson said. “And I just make sure they are done correctly and done nicely, and we represent the state well.”

Swanson said he gets a variety of orders from across the country and the world, and each piece is unique.

“It’s like a puzzle. But, it’s like anything. After you’ve done it a long time you can kind of just walk over to the pile and select what I need, and it all works,” Swanson said. “It’s just something that happened over the years.” 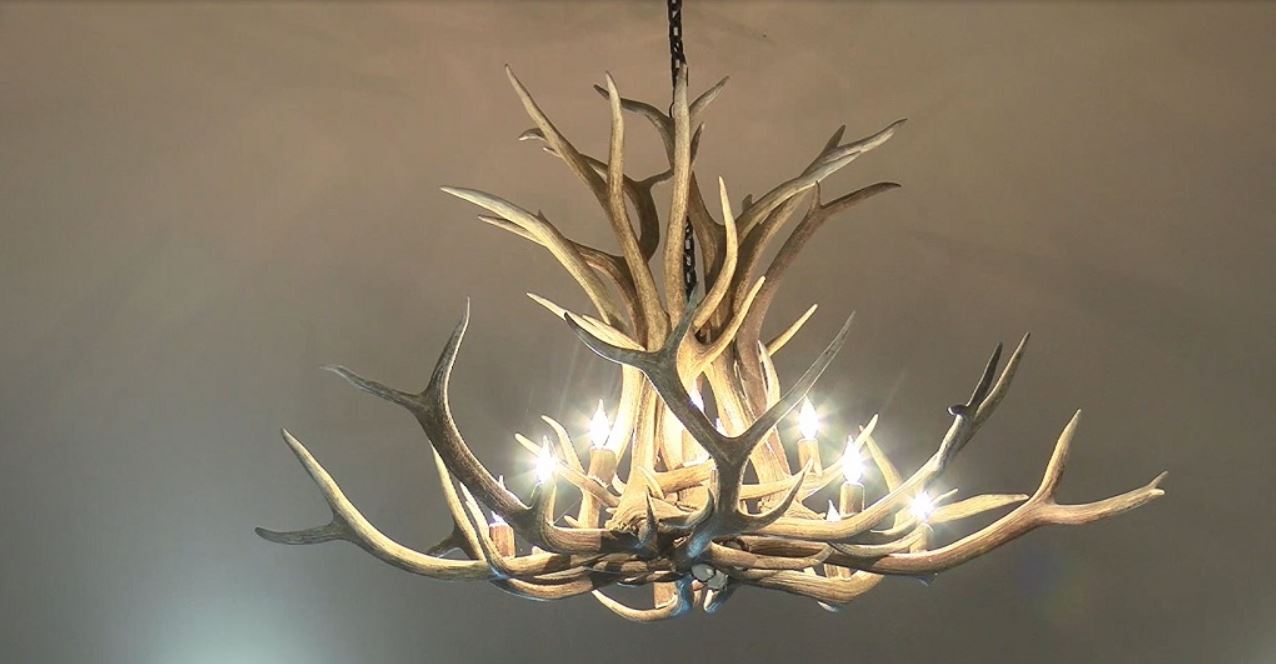 Some days he’s working with deer antlers, while on others it’s elk or moose and even antlers from Europe.

“I’ve restored antler chandeliers that are hundreds of years old from Europe where I’ve had them shipped to me to electrify them. Maybe they were gas lit at one time,” Swanson said. “And then (I) send them back to Europe.”

One particular chandelier has its own story. It features antlers that are 120 years old and used to hang in the Great Northern Hotel Saloon in Malta.

“The really unique thing about this chandelier is that these antlers hung at the turn of the century in that saloon,” Swanson said. “And that saloon was a frequent drinking saloon of Butch Cassidy and the Sundance Kid in Malta. And these antlers could have very well been in the same room that they were in at the same time.”

When it comes to where most of Swanson’s chandeliers end up, the answer might surprise you.

“I ship mostly to New York state. Of all my states, that’s my busiest state. And it’s the amazing the amount of people who are in high profile jobs, or not even high profile jobs, they are just in the city and they want this from Montana,” Swanson said. “I’m real proud that I can do this and ship these all around the world to people that want a taste of Montana.”

When asked if he has had any favorites of the years, or maybe his memorable chandelier, Swanson gave a true Montana answer.

Besides chandeliers, Swanson also makes lamps, wall sconces and other fixtures. He can also create chandeliers from antlers provided by customers.