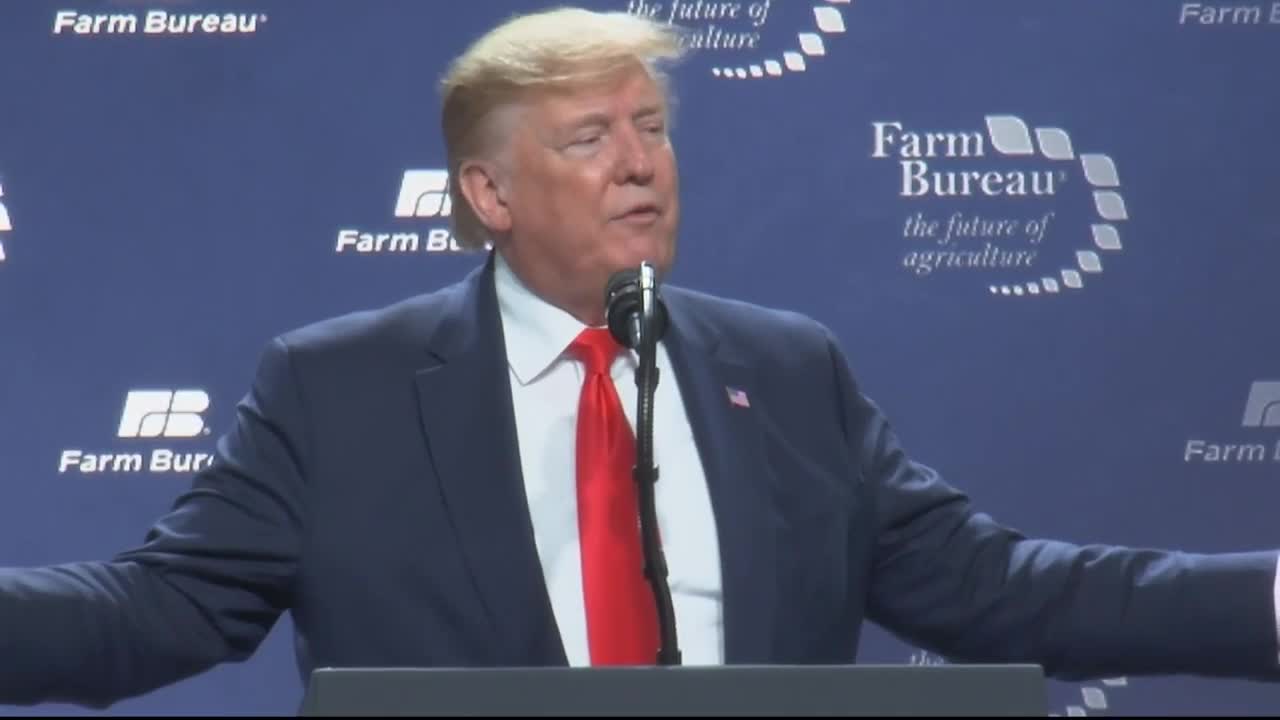 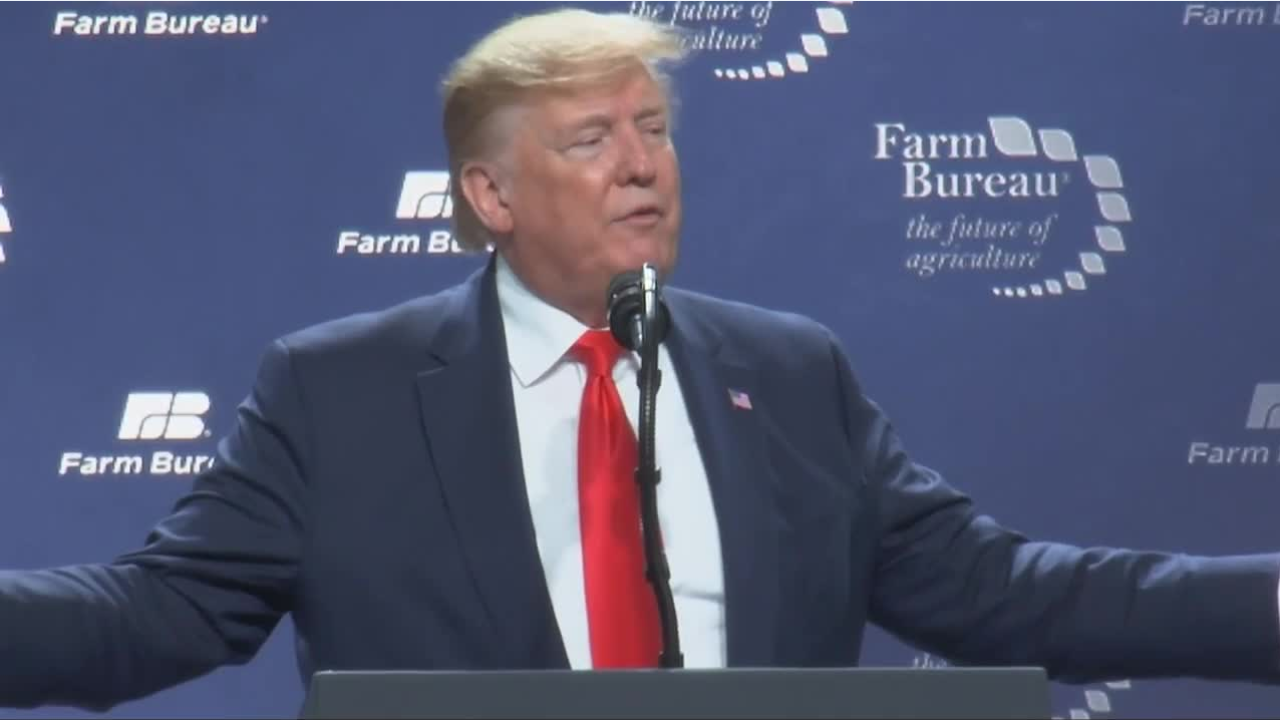 Trump announced the final plans to repeal replace the 2015 Waters of the U.S. Rule. The move, criticized by environmental groups, is applauded by landowners that believe the 2015 rule was an overreaching government regulation.

The President touted his many trade breakthroughs, including the phase one trade deal with China and the Senate's passage of the U.S.-Mexico-Canada Agreement this past week.

“China will now be purchasing 40 to 50 billion dollars of American agricultural products every single year tripling our agricultural exports to China,” the President shared. “The USMCA, as we call it will, massively boost exports for farmers, ranchers, growers, and agricultural producers.”

The President's trade agenda has been criticized by many. But for a majority of Farm Bureau members like Conrad farmer and Montana Farm Bureau Vice President Cyndi Johnson felt the short-term impact of trade retaliations would be beneficial in the long run.

“You know, it's pretty hard to always be positive,” Johnson said. “You have to say, 'Oh, I know he's doing the right thing.' I think that the majority of us have been with him all the way.”

On impeachment, Trump said: “We're achieving what no administration has ever achieved before,” Trump said. “And what do I get out of it? Tell me? I get impeached. That's what I get out of it.”

With the Senate's impeachment trial beginning Tuesday, farmers and ranchers are anxious to see just when the USMCA will be signed by the president.