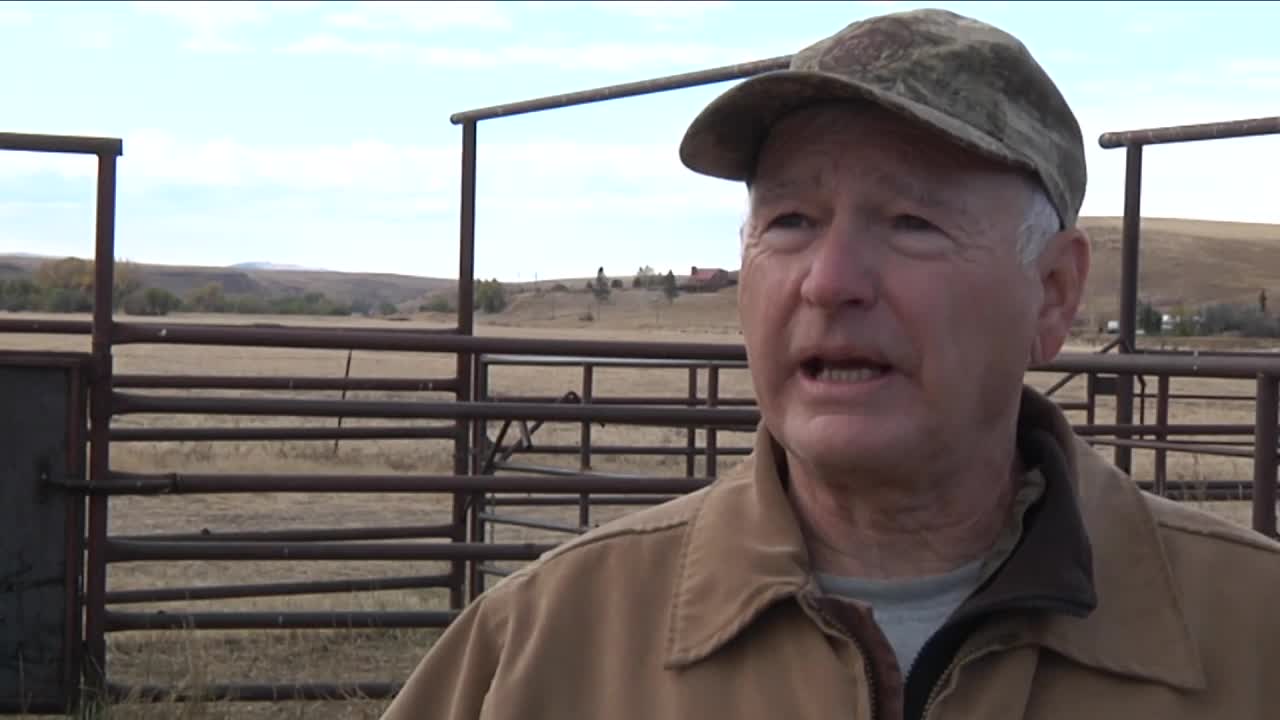 Tracy- Payday comes just once a year for ranchers when they sell and ship their calves.

“We got, in my opinion, some of the best cattle genetics in the world,” said rancher Gary Buffington.

Buffington ranches near Ledger and is also a sales representative for the Northern Livestock Video Auction (NLVA). Based in Billings, NLVA provides ranchers a national stage to market cattle on multiple platforms.

Traditionally, most Montana calves are sold to buyers in the Corn Belt. The reason being is that northern cattle perform well in Midwest feedlots, staying healthy and growing efficiently.

“I wish we could feed cattle closer to Montana,” Buffington said. “It would save us on freight and put more money in my producer’s pockets. But we must ship them to where the corn is at. And then in turn, where the corn grows, is where the packing plants are.”

Much work goes into preparing to market and shipping calves off the ranch. Most ranchers do not have a scale to weigh calves on site. That is when local stockyards and livestock associations that do have scales play an important role in helping ranchers in the final leg of selling calves.

Recently, Buffington helped Eden Rancher Jim Granger market his calves to a buyer in Iowa. They utilized the Tracy Yards east of Great Falls to sort and weigh calves on a certified scale. The calves were then loaded on a semi which transported the calves safely and quickly to the Midwest.

For Granger, selling his calves to a Midwest buyer typically brings top dollar.

“That's the best place to feed cattle,” explained Granger. “In my case, I've got the feeder cattle and registered cattle I also sell. It's just that time of year when it's nice to get the work done.”

With all the work that goes into raising livestock in Montana, COVID-19 put ranchers’ livelihoods in jeopardy.

Early during the pandemic, cattle markets fell into a downward spiral. It also sent retail meat prices soaring to the benefit of only the meatpackers and grocery stores.

At the start of the pandemic, large packing plants in the Midwest were shuttered. Creating a backlog of harvest-ready cattle in feedlots. The bottleneck impacted all sectors of the business for several weeks. Packing plants were back to full capacity by summer, but the damage already occurred.

“This spring, I had bulls to sell, and it really hurt at that time,” Granger explained. “I had a lot of bulls to sell and my market was basically a wreck. It was at first week of April right after the panic hit. Yeah, it wasn't a good day.”

What was staged to be a great year price-wise for cow/calf ranchers in Montana turned into a guessing game.

At the start of 2020, experts projected that a 550-pound steer calf would average $1.70 a pound. Due to issues caused by the pandemic, prices for that same weight ended up averaging $1.50 a pound. A price that most were relieved to receive as it was just enough for most ranchers to avoid a financial wreck.

“I had people calling asking if they could even sell cattle,” said Buffington. “They were asking if there were people buying cattle. I explained that were. And we were getting a pretty fair bid for calves for what's going on in the world.”

“I guess we did okay here this fall,” said Granger. “But that's just part of the deal. You just go year by year.”

USDA reported that in 2018, Montana cattle sales totaled over $1.3 billion. Adding to the state's net farm income, valued at over $3.5 billion.