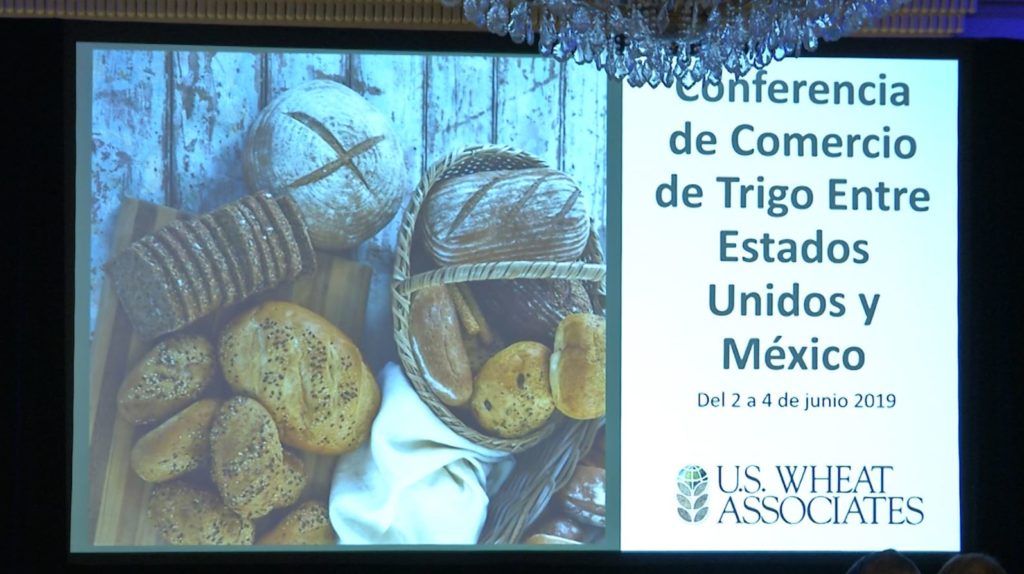 Montana farmers raise some of the highest quality wheat and barley in the world. That’s why it’s in such high demand by international flour millers and bakers. And a growing market these days for Montana wheat and barley is Mexico.

“Mexico has been a good friend of ours for a lot of years” said Kolstad. “They’re our southern border friend and one of our top five importers of U.S. wheat around the world. So, they’re a very important market for us.”

Francisco Salas is a wheat buyer for Harinas in Chihuahua, Mexico and says appreciate the long-standing relationship with the U.S. wheat industry and depend on U.S. farmers.

“Well we have a long history of using U.S. wheat in the northern part of Mexico because we are really close” said Salas. “A lot of the procurement of wheat we do it’s from the railroad coming from Kansas to the El Paso on down into Chihuahua which is not far away. So, we have a long history of getting wheat. From Kansas, northern Oklahoma and Texas and it’s a relationship we cherish a lot. We’ve been doing business for a long time before and we’re looking forward to upholding that for years to come.”

As the population continues to grow in Latin America, Montana Wheat and Barley Committee board member Denise Conover from Broadview sees a lot of opportunity for U.S. farmers.

“We may not ship a lot of wheat to Mexico out of Montana, but we do a lot of barley and that helps producers across the United States with supply and demand and we all know that’s what drives our prices” said Conover. “So, anytime we can sell wheat out of the U.S. that’s a good thing for everybody.”

As for the future of the new U.S.-Mexico-Canada Agreement (USMCA), attendees at the conference are hopeful that all three countries will eventually ratify the new trade agreement paving the way for increased export business for the U.S. wheat industry.