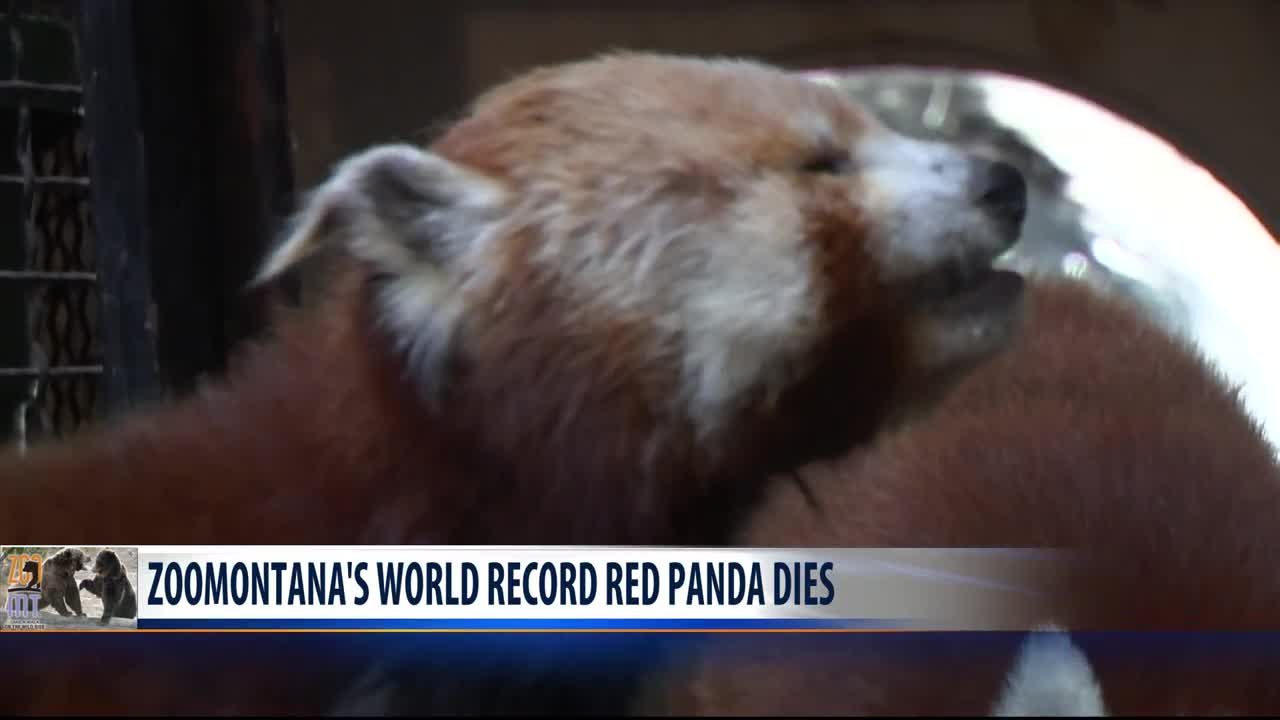 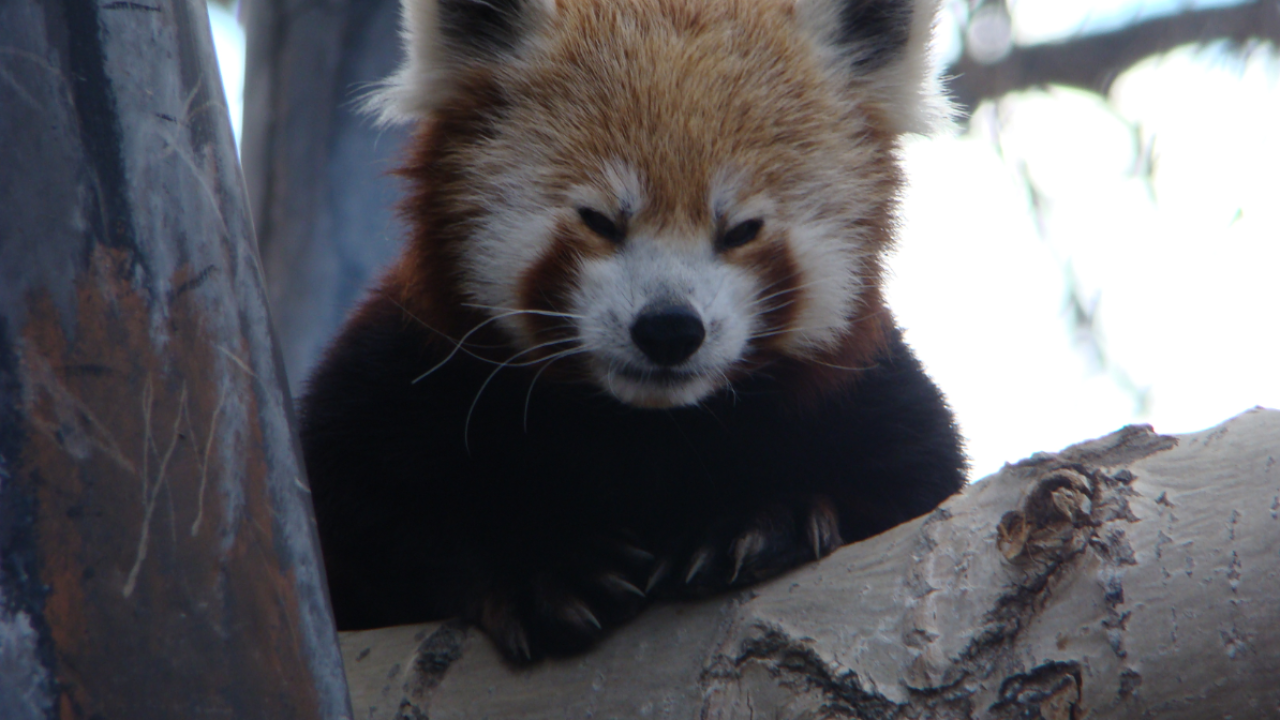 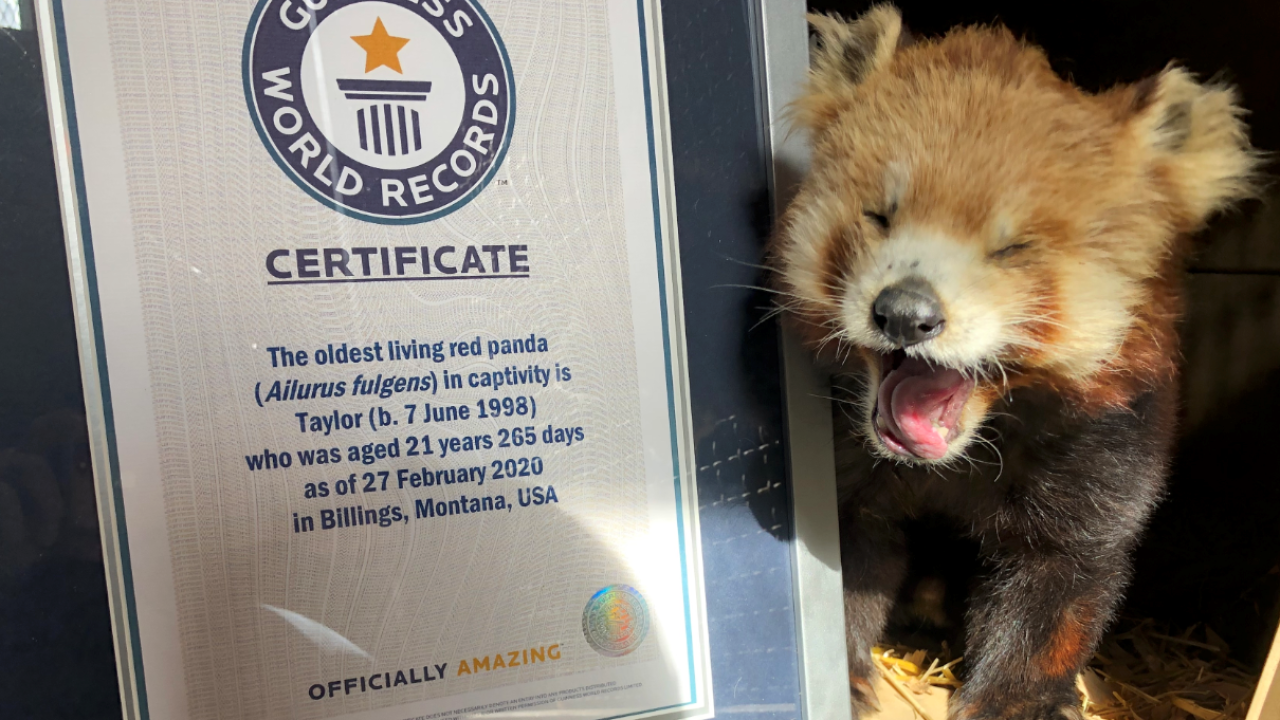 BILLINGS - On Feb. 27, 2020, ZooMontana was honored to house the world’s oldest living Red Panda. Taylor was one of four Red Pandas that called ZooMontana home.

At the time of the record, he was a whopping 22-years-old, 14-years-older than his typical wild counterparts.

Through extensive research and proof from ZooMontana, Guinness World Records confirmed the honor and presented the Zoo with an official certificate of the record. In an unfortunate twist of fate, one day prior to the announcement of the record, Taylor passed away peacefully in his sleep on Wednesday, March 11.

ZooMontana’s Executive Director, Jeff Ewelt, was devastated by the loss.

“All of us at ZooMontana are saddened by the loss of Taylor," he said. "He has been a staple within our organization; an animal many of our staff have bonded with. Although these losses are never easy, we are honored that Taylor’s legacy will forever remain in the record books thanks to generosity of Guinness World Records. His twenty-two wonderful years will remain in our memories and in our stories for generations to come. Every day with Taylor was a gift.

Zoo staff say necropsy results showed no major issues and that the death was caused by natural causes.

According to Zookeepers, Taylor was slowing down and blind. He was able to navigate his habitat quite well thanks to both his sense of smell and partner Zoe’s willingness to guide him.

Zoe the Red Panda is also aging, but is a much younger 18. The oldest Red Panda ever to live died at the age of 24, making Taylor the oldest living at the time of the record.

Red Pandas are small mammals found in Asia’s high forests. Once thought to be relatives of the Giant Panda, and even racoons, Red Pandas are the sole living members of their taxonomic family.

They primarily eat bamboo, however, will sometimes eat bugs, fruits and an occasional bird. Like the Giant Panda, they possess a modified wrist bone, or pseudo thumb, that allows them to grasp bamboo stalks.