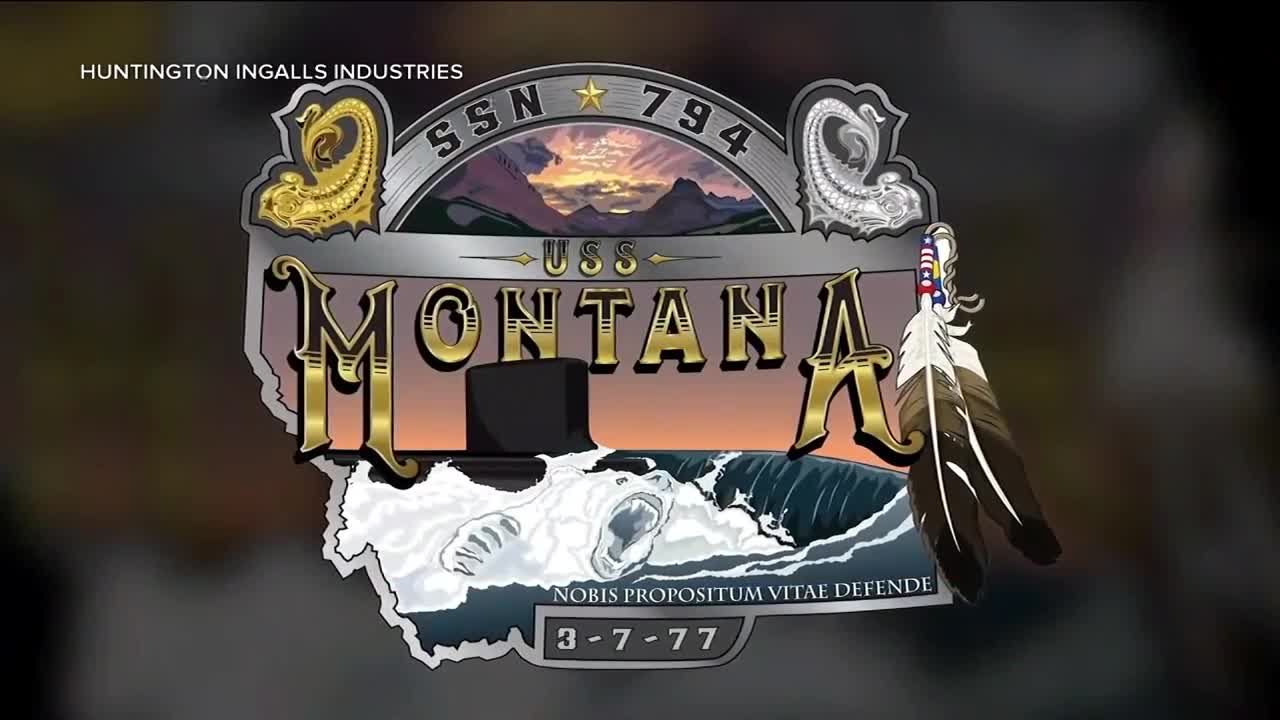 BILLINGS — The US Navy submarine USS Montana (SSN-794) was christened at the Newport News shipyard in Virginia on Saturday, marking the first time in about 100 years that the state has a Navy ship sharing its namesake. Former Secretary of the Interior Sally Jewell served as the ship's sponsor and had the honor of smashing a bottle of champagne over the new submarine's bow.

Amid the COVID-19 pandemic, the usual pomp and circumstance of the ceremony was abandoned for a more socially-distanced affair. Few were in physical attendance, but more watched online to see the submarine officially receive it's name.

The ceremony started off with a video message from Confederated Salish & Kootenai Tribes Treasurer Martin Charlo, welcoming everyone on behalf of the state's Native American tribes.

“It is an honor to know our warrior spirit will be carried by this advanced and fast machine that will carry out many missions and keep our lands safe. We salute and send the Creator’s blessings over all who help build, equip, crew and train and eventually set sail in defence of our nation," Charlo said.

The USS Montana is the Navy's newest, Virginia-class, nuclear-powered submarine. The vessel has 135 crew members as of Saturday, three of whom hail from Montana.

Captain Mike Delaney gave a message to his crew, most of whom he assumed were watching from computer screens at home.

"To the crew, together we have the privilege and the responsibility to establish Montana's legacy. I am honored to lead you in this endeavor and grateful to serve with each and every one of you. This is usually the part where I would pause and yell to my crew 'do or die.' To which they would thunderously reply 'Big Sky." I would imagine that they are listening and responding from home," Delaney said.

The crest attached to the new vessel shares images of the treasure state, like a mountain range, Native American feathers, and the 3-7-77 numbers associated with Montana law enforcement.

In her remarks ahead of the christening, Jewell described the seal of the new ship.

"The crest that you see on the bow of the Montana reflects the uniqueness of Montana from its first Native American stewards to the beautiful mountains, forests, plains and abundant wildlife that we can all appreciate today. In the spirit of it's namesake state, the USS Montana will explore some of the wildest places on earth in service to us all," Jewell said.

The Latin words at the crest's bottom translate to, "to defend our way of life."

A small piece of history from the old ship was included in the ceremony. A replica of the original USS Montana's bell was rung at by Jewell before the christening. The original bell now resides at the University of Montana in Missoula.